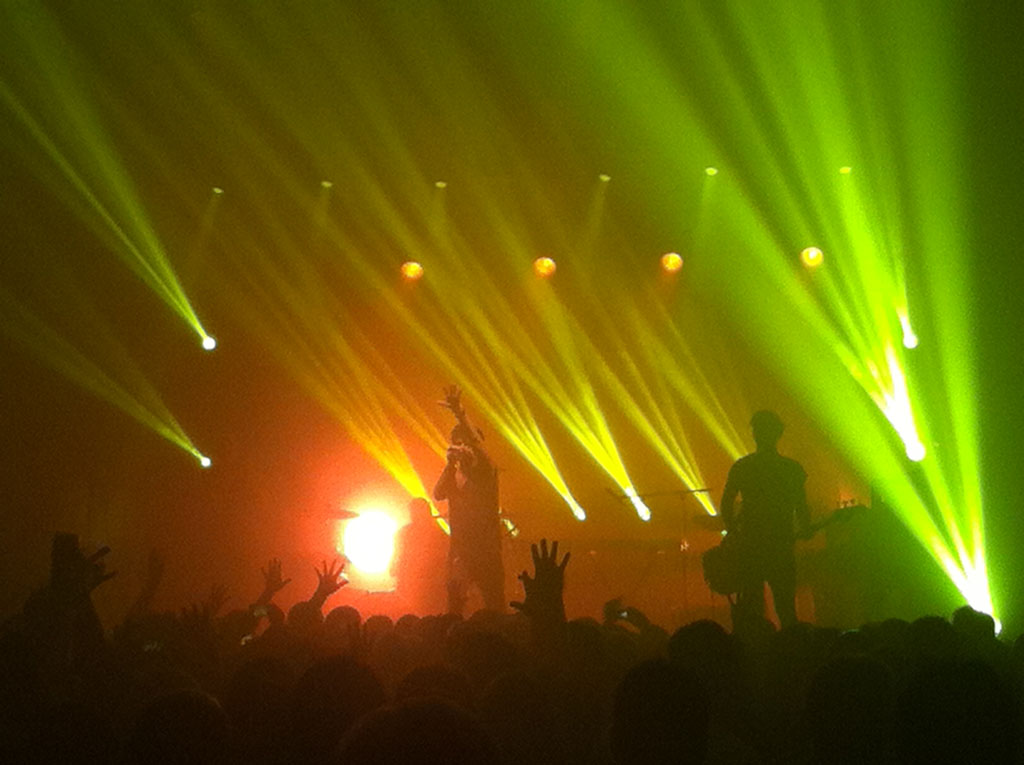 the man busting out “cars”!

Apologies for the lack of updates in the last week. A combination of just being at work, but also a bit of moving around. I am now settled in my own flat at the Uni of Warwick, so I can catch up on some blog action.

Let’s go back to last Wednesday. As I probably mentioned, I was staying in a place called Leamington Spa, which is a small township not far from Uni of Warwick. It is a fairly small but really pleasant town, so it was to my surprise I found out they had a 1000 person rock venue. And an even bigger surprise that Mr Gary Numan was playing! So of course I had to go.

It seemed every rocker, old and new, turned up for the gig. Older folk who knew him from back in the day, and younger folk who know him through his obvious influence on bands like Nine Inch Nails. Me, I was a bit of both, but thought that hearing “Cars” live by the man himself would be a bit of alright.

And was it? Yeah! It was pretty cool. He certainly still has it, prowling the stage and putting on a good show with his band, which did sound incredible. A focus on new material, which was very How To Destroy Angels sounding, did give way to his classics like Cars, Metal, and Are Friends Electric.

Super glad I went. For 20 quid, to see the man in directly responsible for many a band that I listen to was a real treat. Good one Leamington Spa!