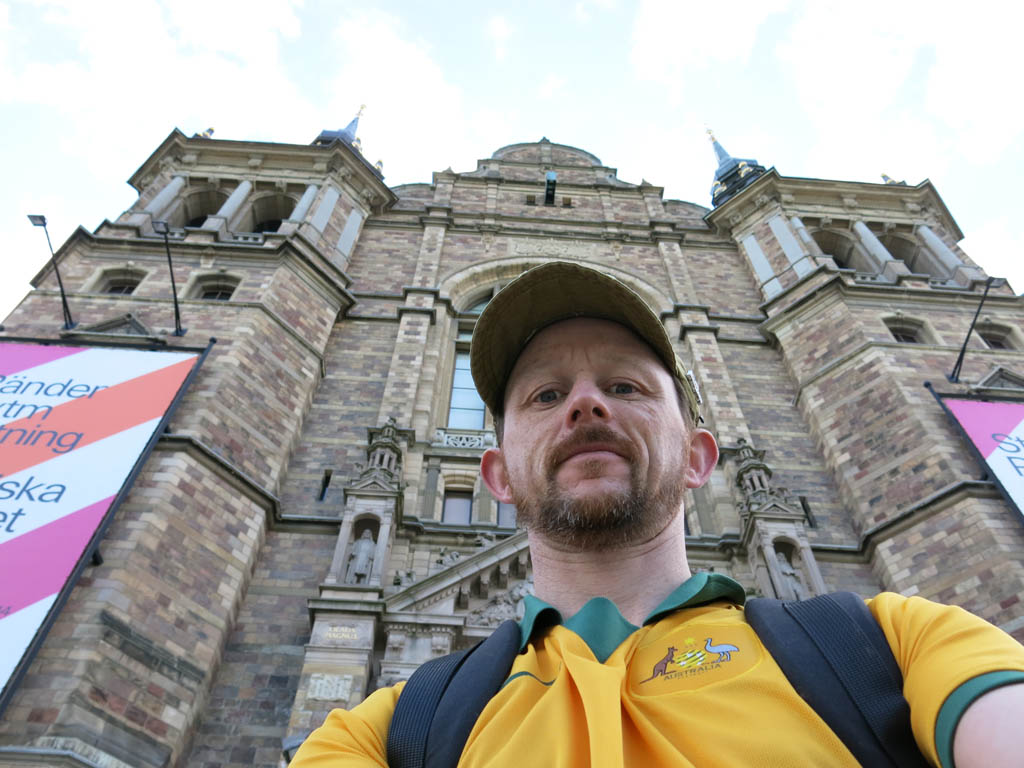 rockin’ the socceroos in stockholm

As I mentioned yesterday, this was my last day in Sweden before heading off to work at the University of Warwick in the UK. Since Uppsala is quite small, and I felt like I had explored it sufficiently, I decided to head back in to Stockholm for the day.

The nice thing about today’s agenda was that there really wasn’t any. I saw the museums I wanted to in my first visit, so today was just about wandering the streets of Stockholm and seeing where I ended up. So after a casual morning, I hopped the train and in no time at all was back in Stockholm. 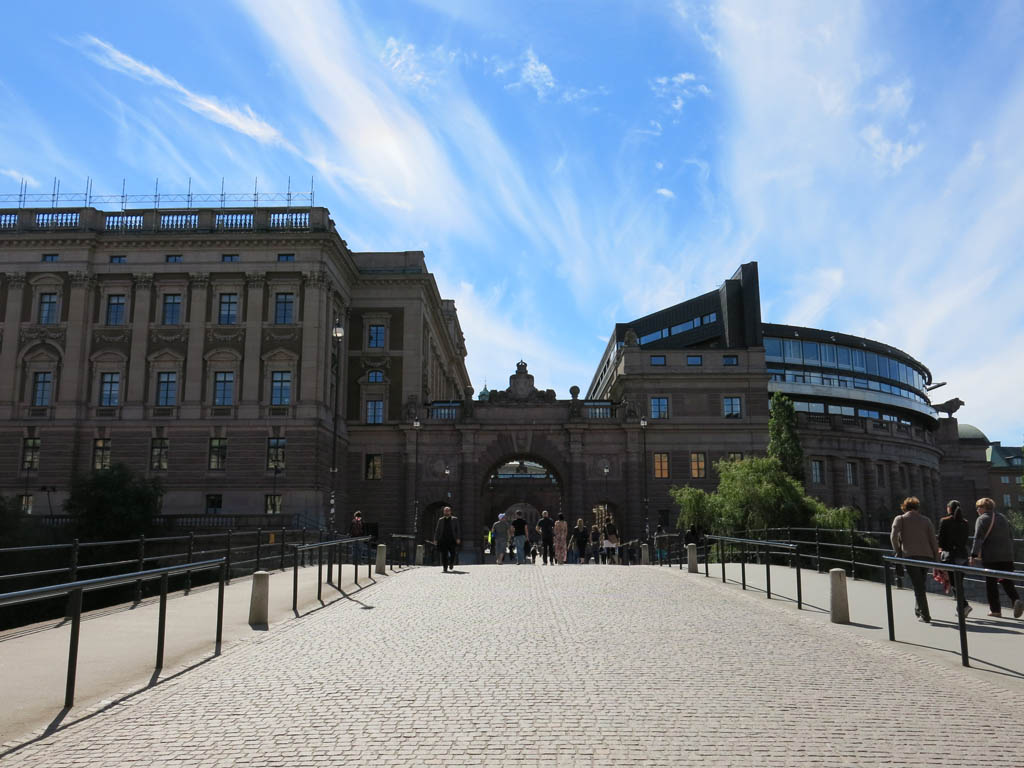 And today was the most glorious weather I’ve had for the whole Sweden trip. It has been unseasonably cold and grey, but today the sun was out in full force, meaning I could rock the Socceroos colours proudly! It is incredible to jump off the train and in 5 minutes be on the water and wandering cobblestoned streets in Gamla Stan, or the old town of Stockholm. 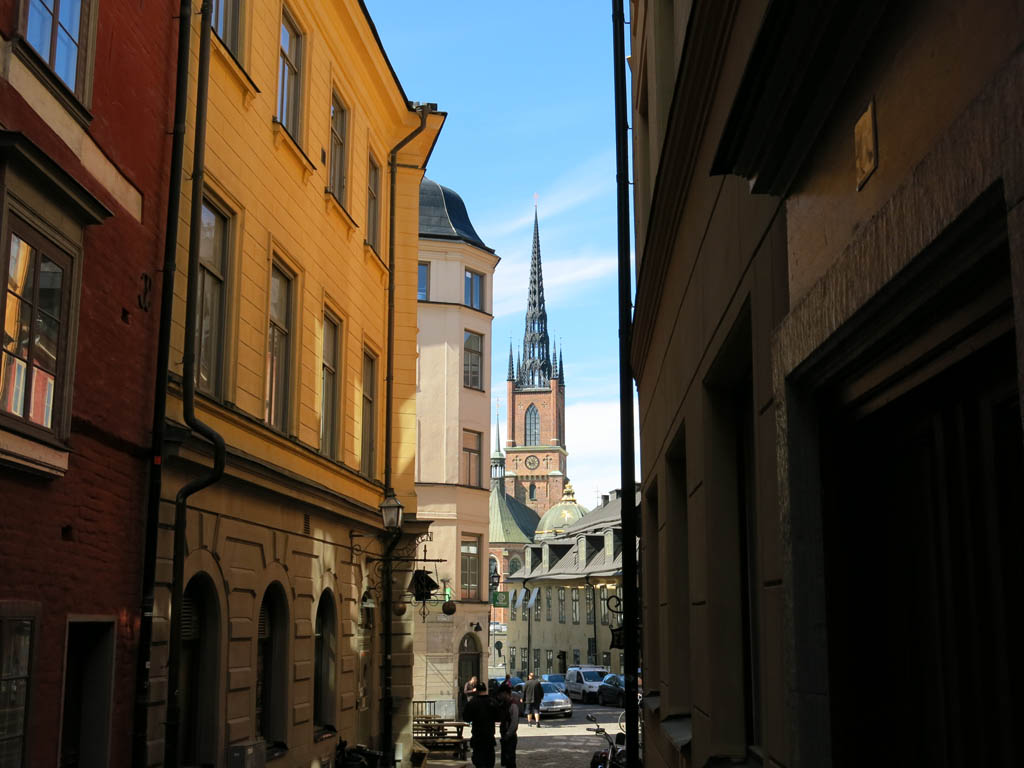 peeking through the cracks

Gamla Stan, which I did visit on my last visit, is nice to just wander the narrow streets. It is delightful to be in a tiny street and look up and see the cathedral or royal palace peeking through. It is those moments that are the beauty of the old town. In many respects, the tourist vibe (and by that I mean not the wandering tourists like me, rather than dozens of borderline tacky souvenir stores) undoes some of the charm, but not quite.

So around I wandered. I had been given word of a Tintin store in the old town, but alas found out that it had closed only weeks ago. Boo. I continued to just wander aimlessly, eventually buying some very cool yet strange black crystal tumblers made by a local artist for my “Swedish” souvenir. They will look good amongst the other trinkets that have made their way to our house from our many trips abroad. 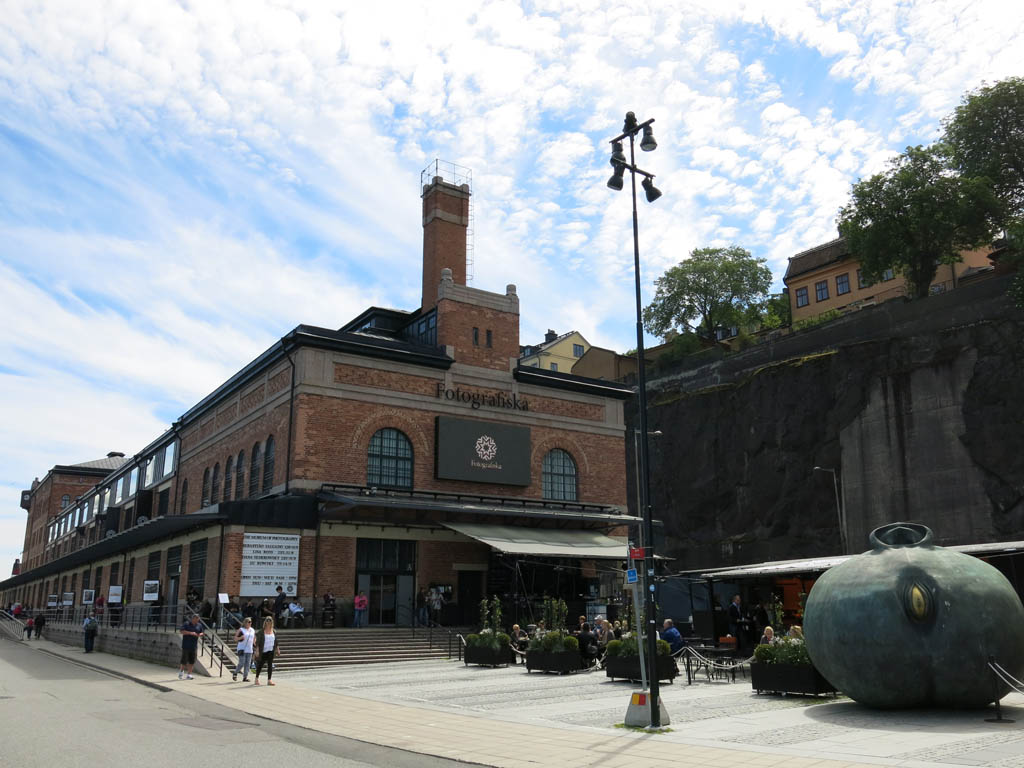 Eventually I poked out the other end of Gamla Stan and headed across the bridge toward Sodermalm. I then remembered there was a gallery I was keen to visit, so off it was to Fotografiska, the Stockholm photographic museum. Unlike most other galleries, it doesn’t have a permanent collection, rather has rotating exhibits by local and well renowned international artists. I was super fortunate to arrive to an exhibition by the amazing photographer Sebastião Salgado. If you have not seen his work, Google him straight away, in particular the “Genesis” exhibit, which is what I saw. 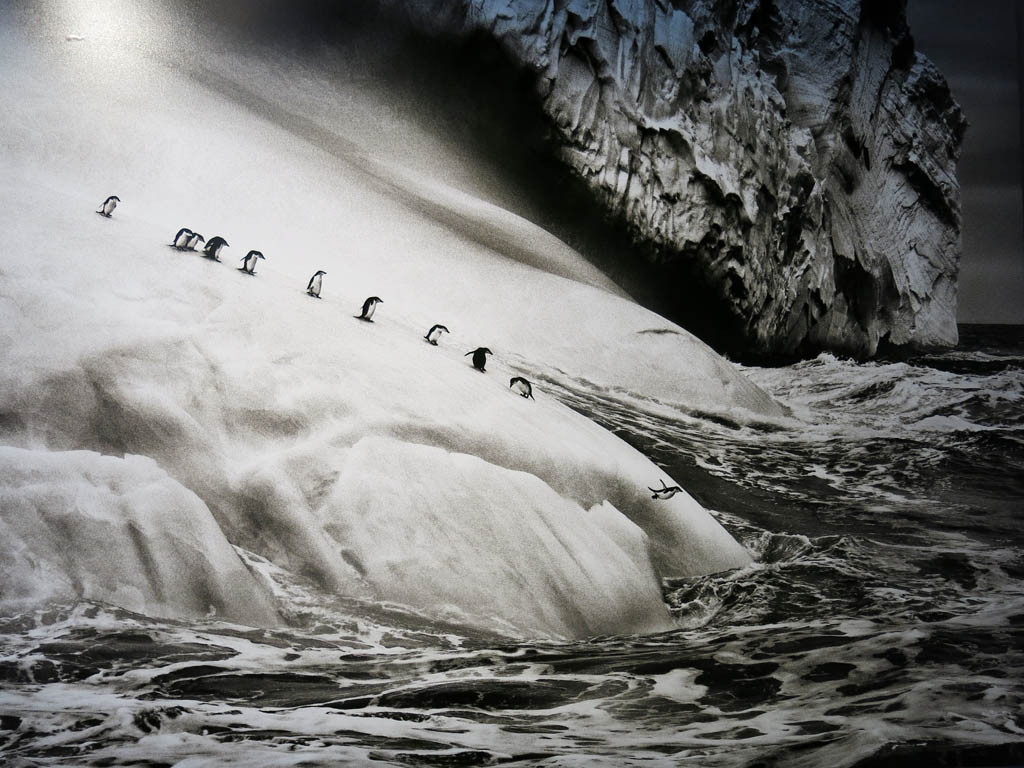 It was jawdropping and huge. He spent many years visiting places that have thus far avoided civilisation, and his images of animals and people are incredible. The Antarctic images in particular took my breath away. 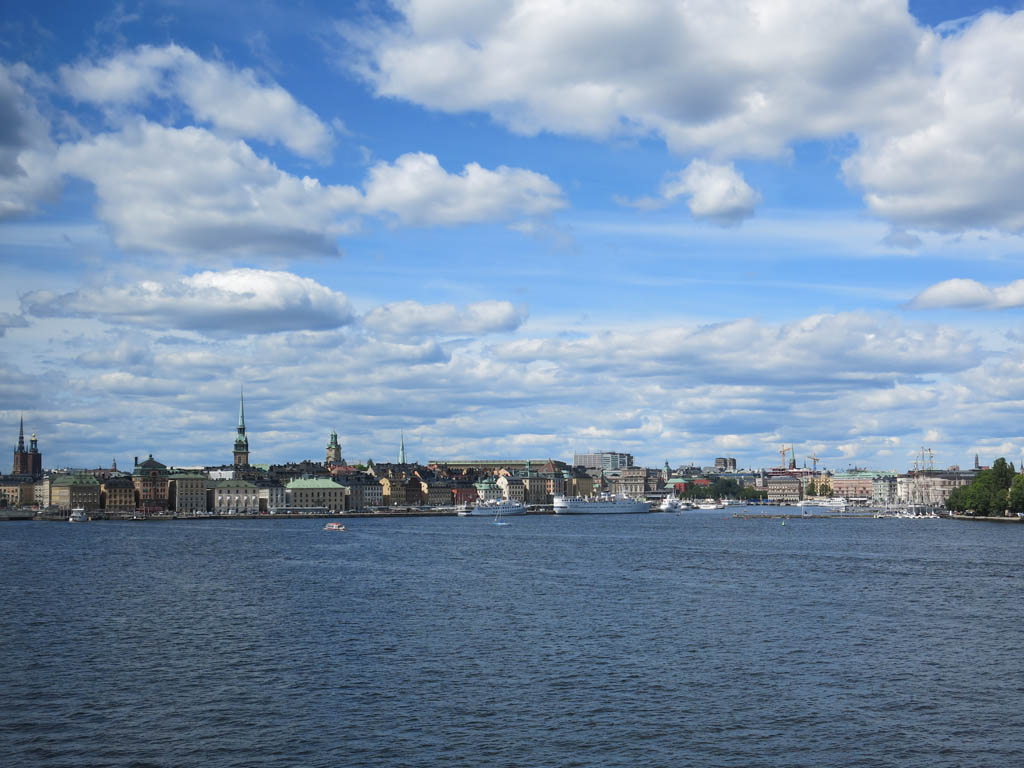 even the view from the cafe is picture perfect

Even the views from the cafe in the gallery were spectacular. It just reinforced what a gorgeous city Stockholm really is. 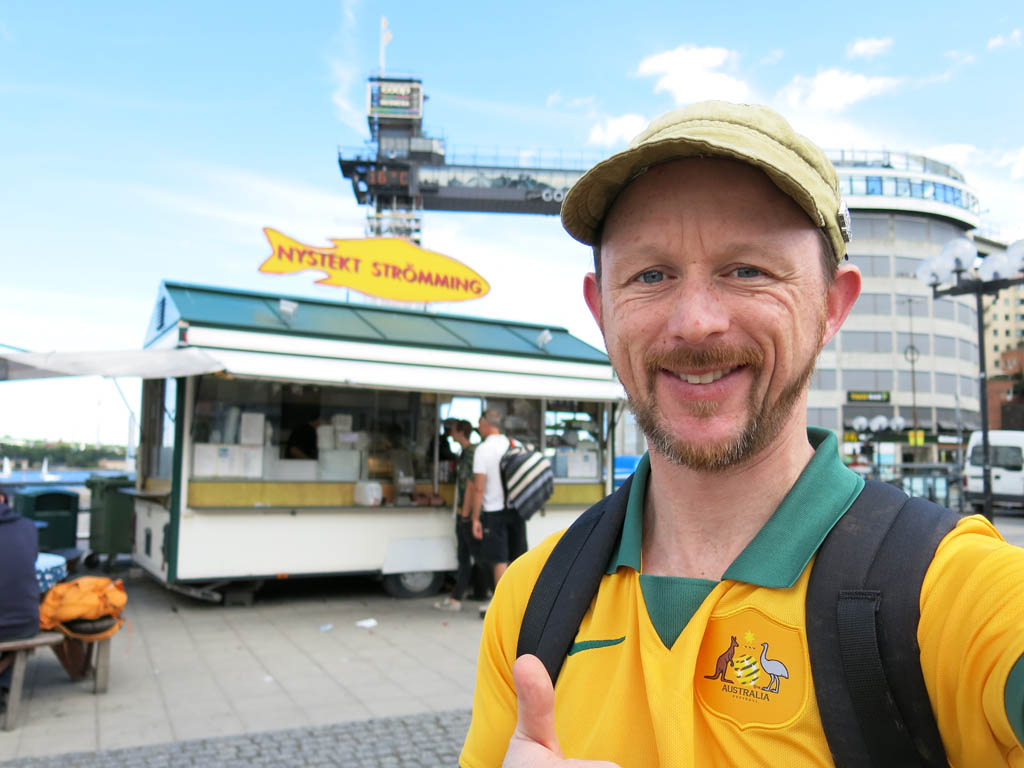 After spending a considerable time in the gallery, I then decided to grab some more herring from Nystekt Stromming. Mmmm. Still delicious. Thumbs up! 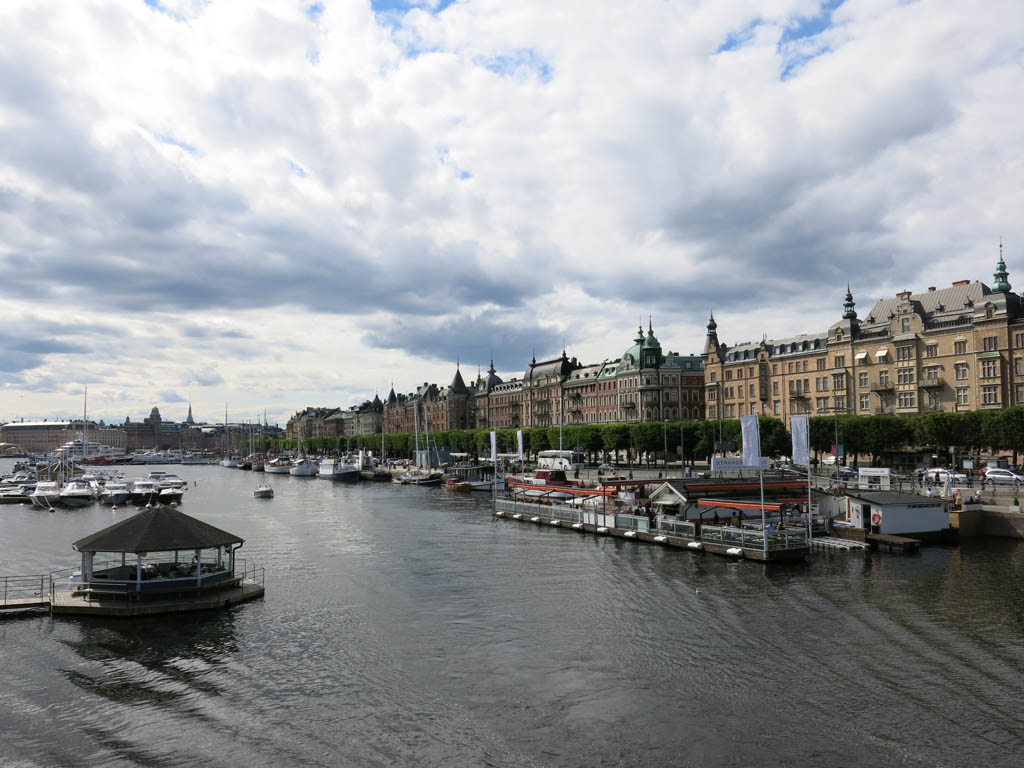 Otherwise, it was just back to wandering. I cruised along the water mostly, soaking up the glorious day. All the views along the stroll were great and I happily wandered for quite a while, before deciding it was time to head back. Even the tree lined walkways were glorious to stroll along. 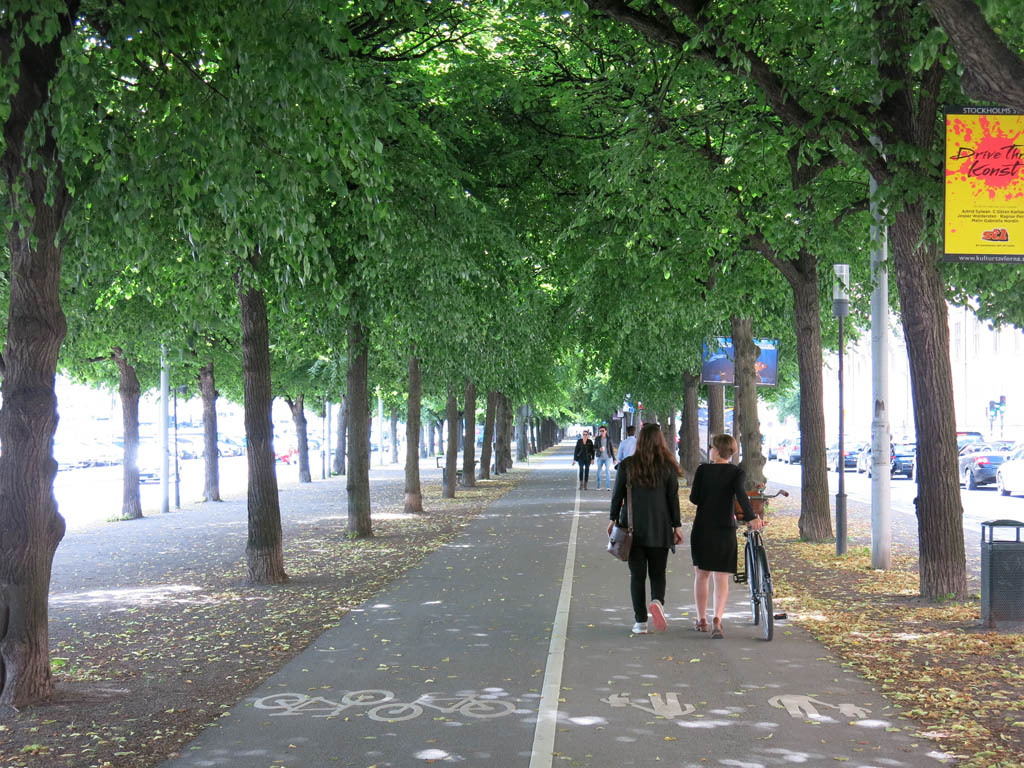 this is the life

On my way to the train station I popped into a local record store called Bengens. They had a fair selection of vinyl, although it was the used section that caught my eye. Two in particular… 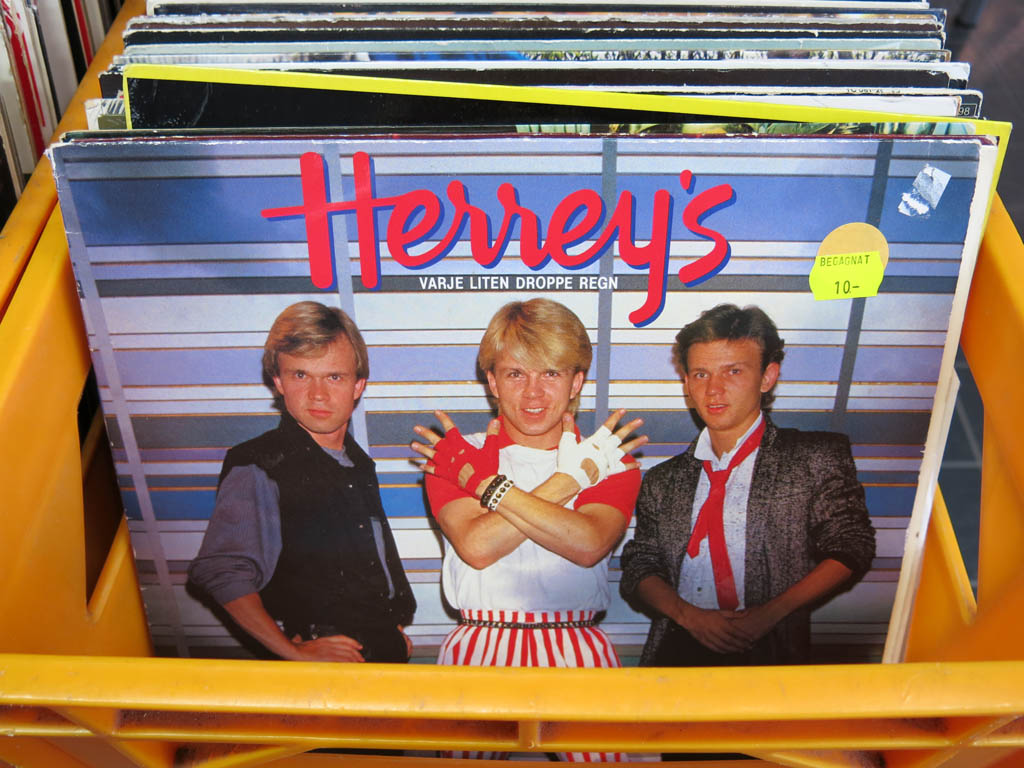 The first I had no idea who it was but worked out they were a local Swedish band. As it turns out they are 3 brothers who are Eurovision winners from the early 80’s! I can’t believe I didn’t realise. Alas I didn’t end up buying it. 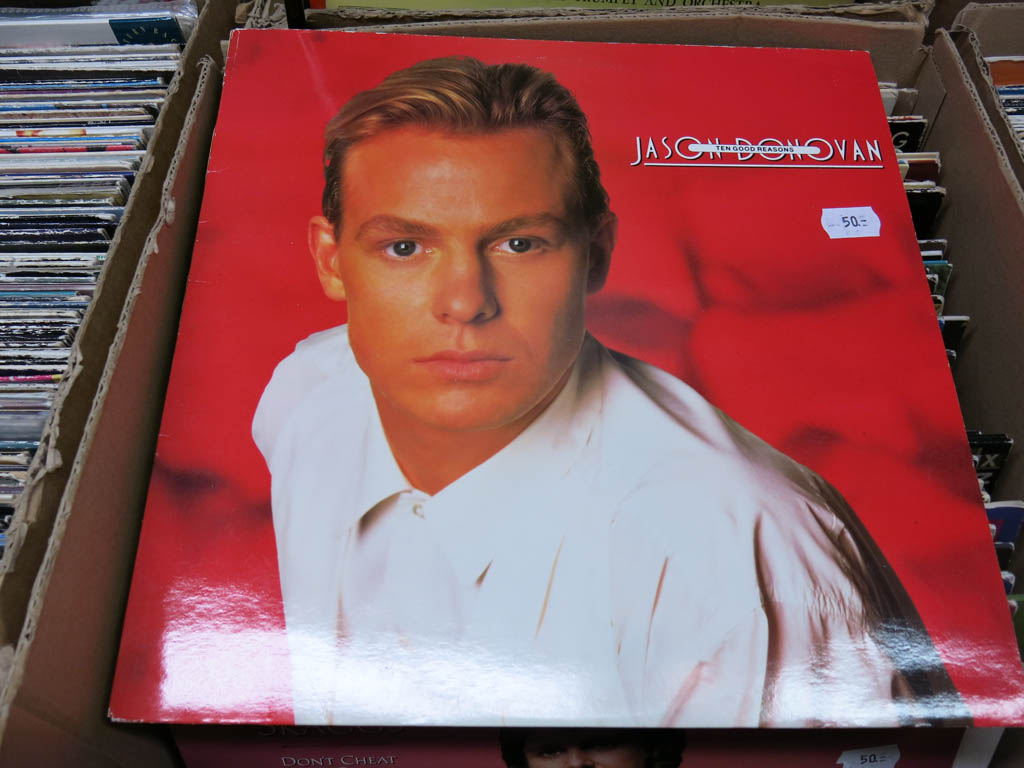 i’ll give you a good reason

The second was one that was flying the Aussie flag. Good to see Jason Donovan is in bargain bins all over the world. 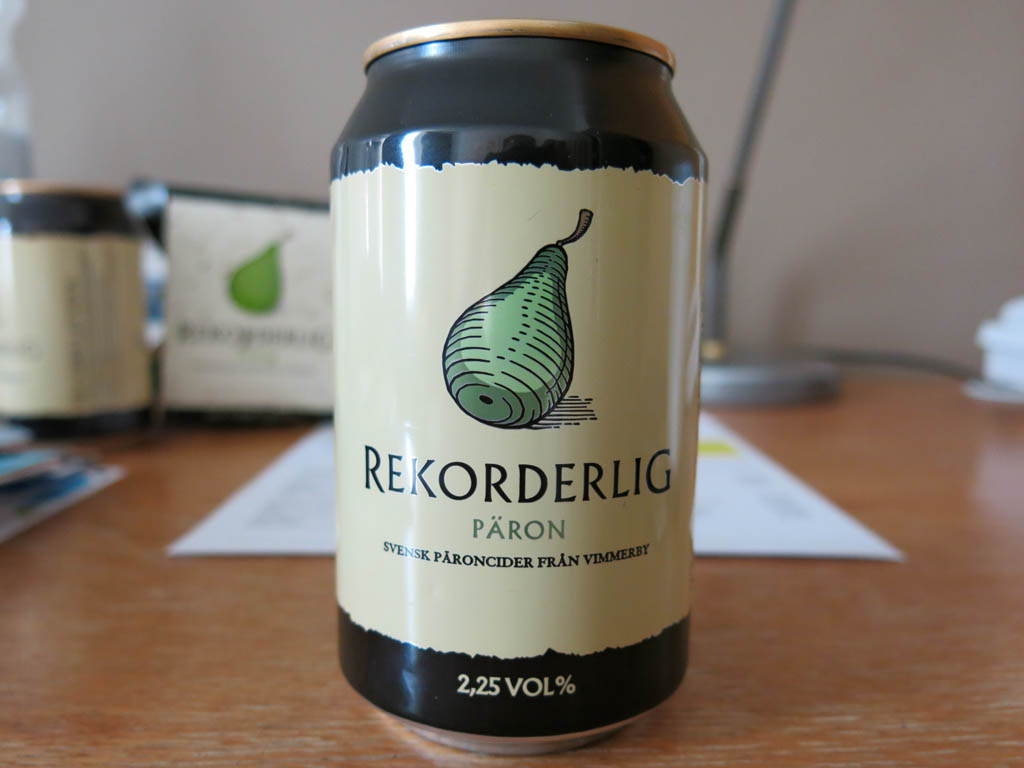 And with that, it was back on a train to Uppsala. On my way back to the hotel, I popped in to the local supermarket and picked up some drinks for my World Cup watching. Rekorderlig! Score! Alas, due to the odd Swedish liquor laws, the cider was only in the order of 2% alcohol. It was super cheap for 4 cans though (about $3.50 for the 4 cans) so who am I to complain?

All that’s left is to post this blog and then pack for my trip to England! Thanks Sweden… you were gorgeous.