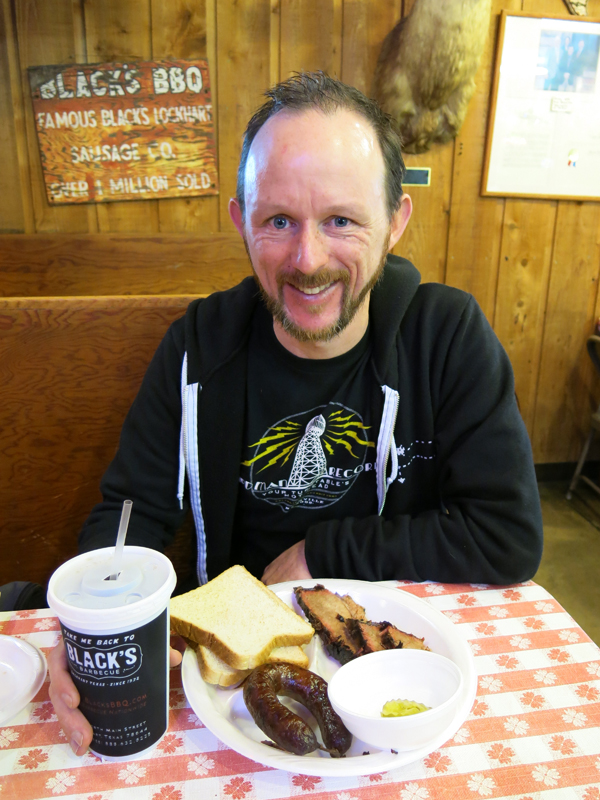 G’day everyone! As most of you probably know, we are now back home safe and sound in Melbourne town. “But how did you get home?!” I hear you all ask. OK, so here is the last day.

The plan was simple. Leave San Antonio, and be at Austin airport by about 5pm to check in for our flights home. It was going to be a fair expedition… Austin to San Francisco to Sydney to Melbourne. We were a little worried that we only had about an hour to make our connection in San Fran, but we would worry about that later.

So after a very lazy start we jumped in the car and made our way back to Austin. But did we head straight there? Of course not! The drive is only about an hour and a half so we decided to make a detour to the small town of Lockhart. What’s in Lockhart? More BARBECUE! 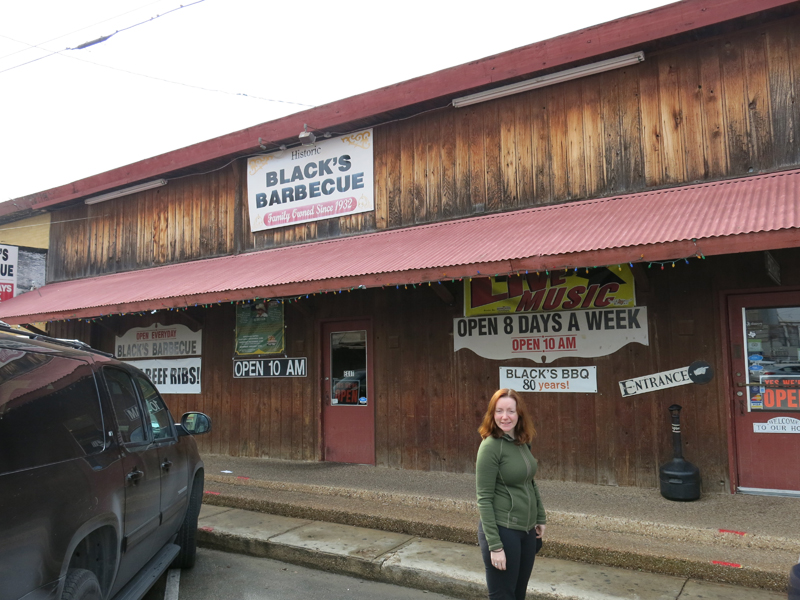 While Franklin Barbecue is acknowledged by many as best barbecue in Texas (so also in the world by default), some purists say the best to be found is in Lockhart. There is 3 or 4 competitors for the best in town title, and it was a line ball between two, but in the end we decided to head to Black’s Barbecue for lunch. 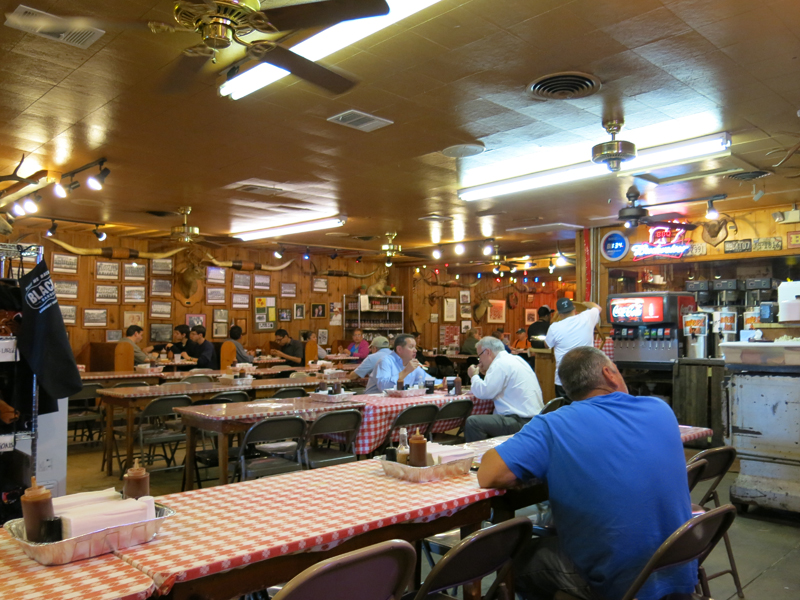 Black’s had much more of a feel of “Texas” than we had had for the last week. Small town restaurant, deer heads on the wall, friendly locals in big hats, country music playing. Oh yeah, I could taste the brisket already. 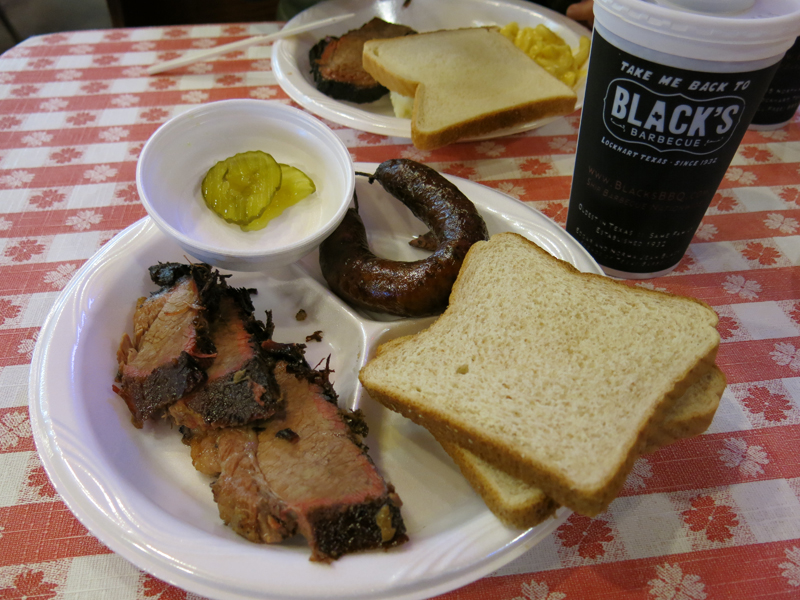 I love the simplicity of Texas barbecue

Similar to Franklin, it was order by weight. Kate was a bit disappointed they didn’t have pulled pork, so we both opted for beef brisket and I went some sausage as well, as I was loving the jalapeno and cheese sausage I was having about Texas. 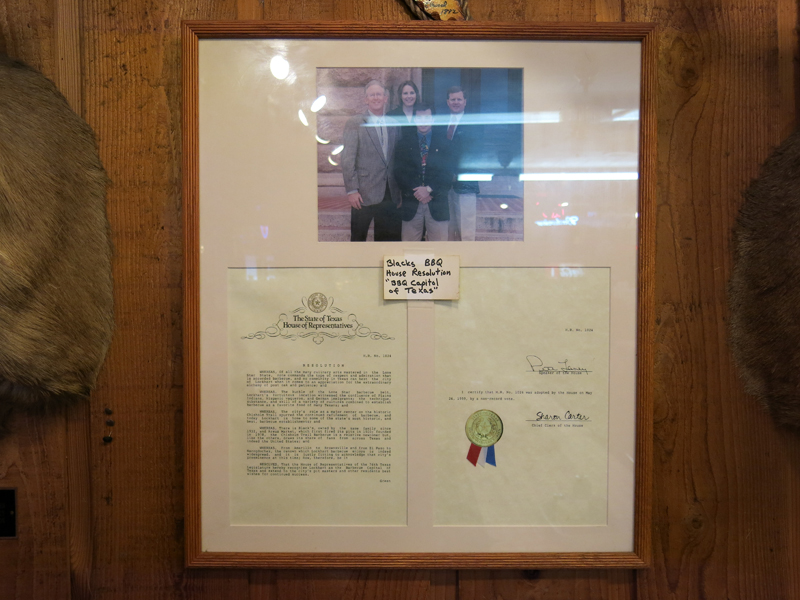 Official Texan recognition that Lockhart is home of the best barbecue

And how was it? Tasty! We both thought Franklin Barbecue was taking the title as best we had, but it was close. My brisket was a bit dry in places, but the fattier bits were super delicious and easily up there with the best brisket put in my belly. The sausage was good too… I think I liked Franklin and Stubbs better, but it was still great. 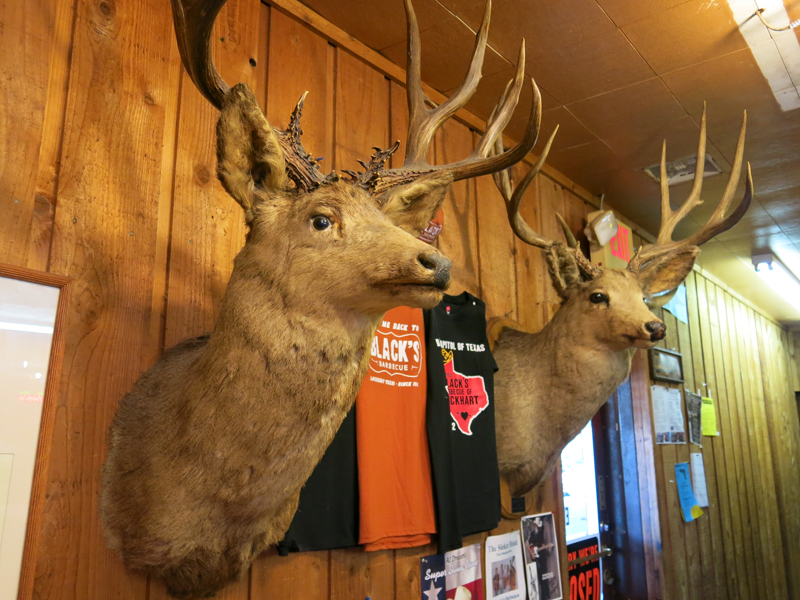 These would look great on the wall at home

It was nice to just sit and enjoy our last barbecue in Texas with friendly locals. But after soaking up this last barbecue it was time to get to the airport.

In no time at all the hire car was dropped back and we were checked in for our flight. Scarily it seemed the polar vortex (the media’s term, not mine) that was sweeping the US was causing havoc with flights and nearly all were being delayed. Oh dear. Our connection was tight as it was and already we were delayed 15 minutes.

But thankfully we weren’t delayed any more and in the air to San Fran made up the time. However we still had to make a mad dash to our connection back to Oz. We timed it to perfection, getting to our gate as our boarding group was being called. Nice! It seemed they were keeping the plane until all connections were made, so credit where credit is due to United here.

And from there it was the uneventful flight back to Sydney and then through to Melbourne. In Melbourne we were greeted with A LOT of folk in customs, everyone seemingly carrying tennis gear or talking about tennis. But we got through fairly quickly thanks to the friendly staff who weren’t particularly interested in looking at our gear.

And with that we were done. Five weeks of Vegas and Disneyland and Mexico and Guatemala and Belize and more Mexico and Texas were sadly all over. Like most holidays we were both exhausted and glad to be home. But what are we talking about now? Our next holiday… 🙂