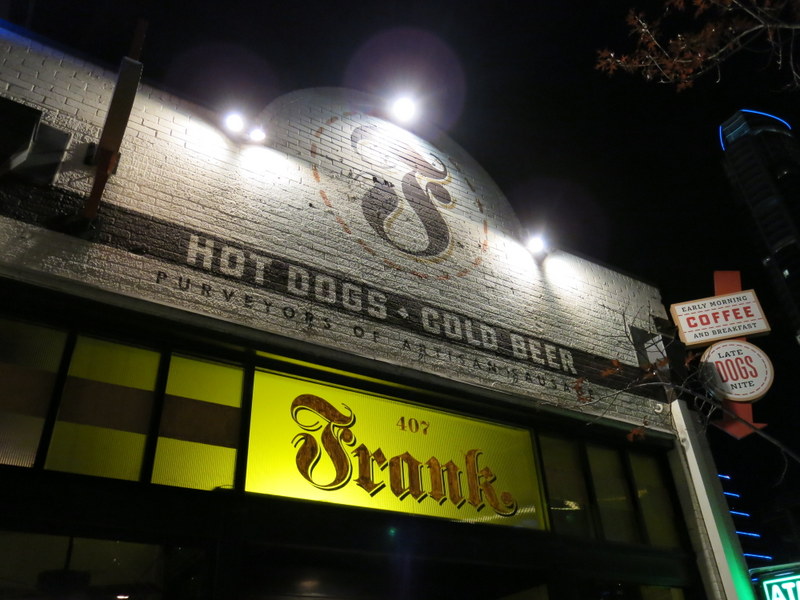 With our farewells said, we got to have a last catch up with Deiber before we legged it to the bus station to catch the bus to the airport. It seemed some one had made the rain gods very happy as they had not let up. So umbrellas up, we did the quick 5 minute sprint to the bus station.

After an hour or so we were at busy Cancun airport. I am sure it is busy most the time, but it seemed packed with US folk heading home. I can see why Cancun and Playa del Carmen would be popular spots for US tourists… quick to get to, everyone speaks English, you can even use US dollars. For Kate and I it wasn’t our favourite place we had been, but with the ruins and turtles was still a nice way to end up.

With no significant plane issues, it was on the plane and back to the US. Most flights from Cancun to the US seemed to head through Texas, so I took the opportunity to visit a place I had wanted to for quite a while… Austin! Home of bands, beer, and BBQ.

So we arrived to the small international airport, grabbed a hire car, and drove into the city to our hotel in downtown. We were both exhausted. Not so much from the travel, but it seemed everything was really catching up with us. It had been 4 weeks of travel to this point so we were running low on energy. But we summoned up the energy to keep at it… for a bit anyway.

Our biggest dilemma was “what do we eat first?!”. I had a few places on my radar, and given we were both tired and not that hungry, we elected to go to Frank, an artisan hot dog place rather than BBQ, which we would save for tomorrow.

I knew a bit what was on the menu already, so I decided to go all out. I ordered the “Goober” hot dog, which was dressed with peanut butter, raspberry aioli and caramelised banana, along with a bacon infused vodka bloody mary. 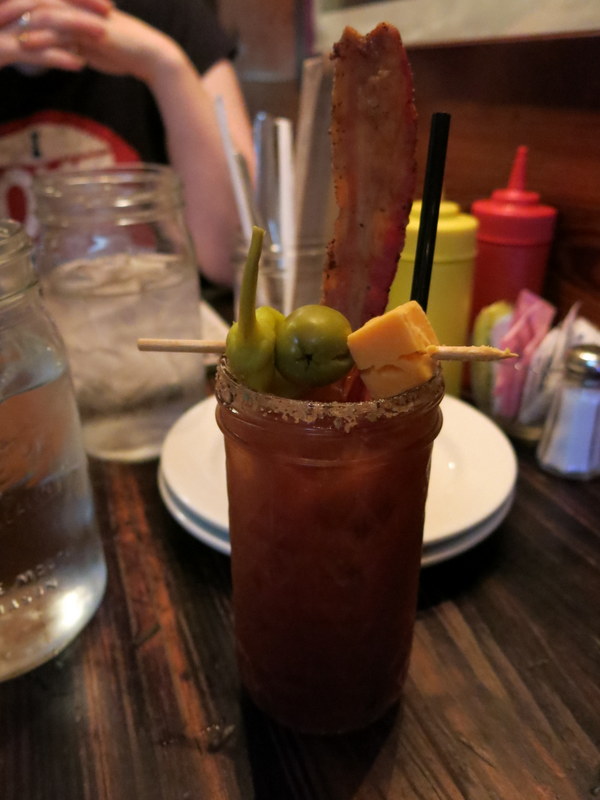 When the bloody mary arrived it was sensational… a massive cripsy rasher of bacon stood proudly out. And I gotta say, it was super tasty! 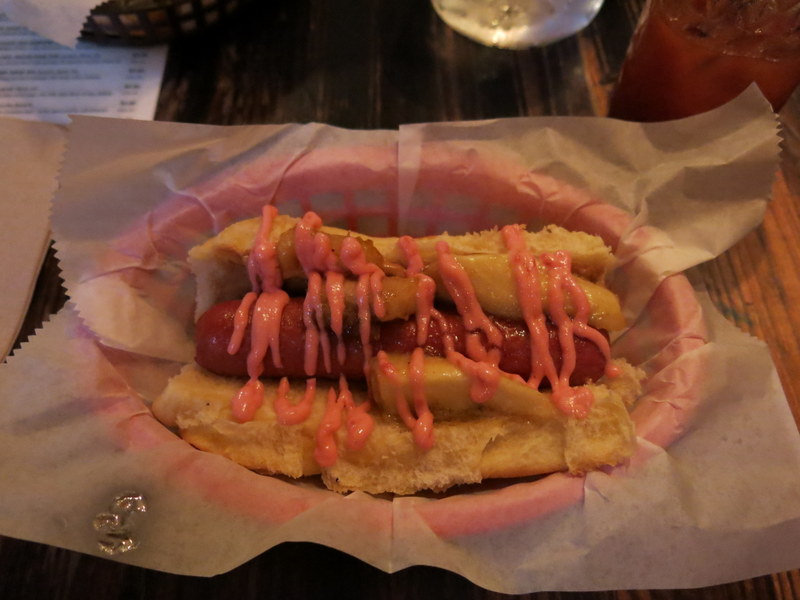 The hot dog too was delicious. Unlike anything I had really eaten, there was salty peanut butter and the sweet raspberry and banana. All on a hot dog. Genius! 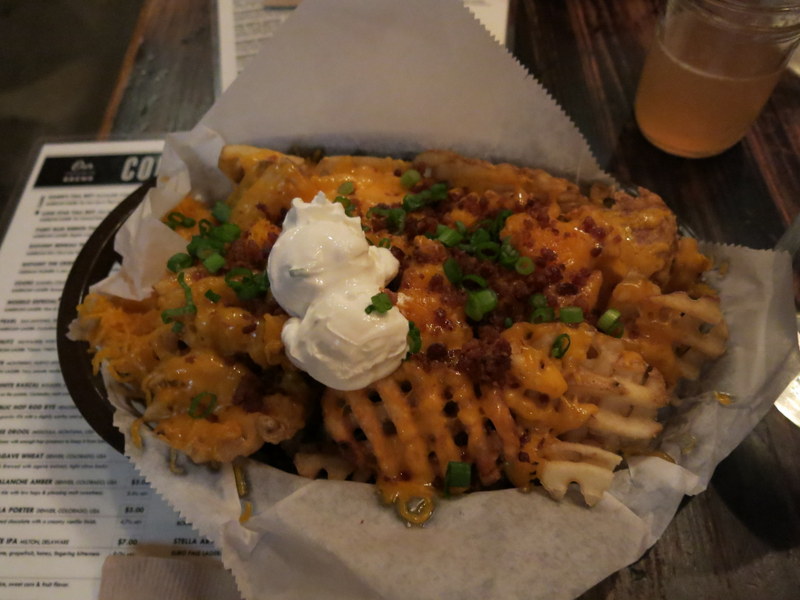 Kate however was most smitten with the cheese and bacon waffle fries that came to our table. “What kind of black magic did they use to make these?!” she exclaimed. It was just what she was after and the look of elation on her face meant that we had chosen wisely for dinner. 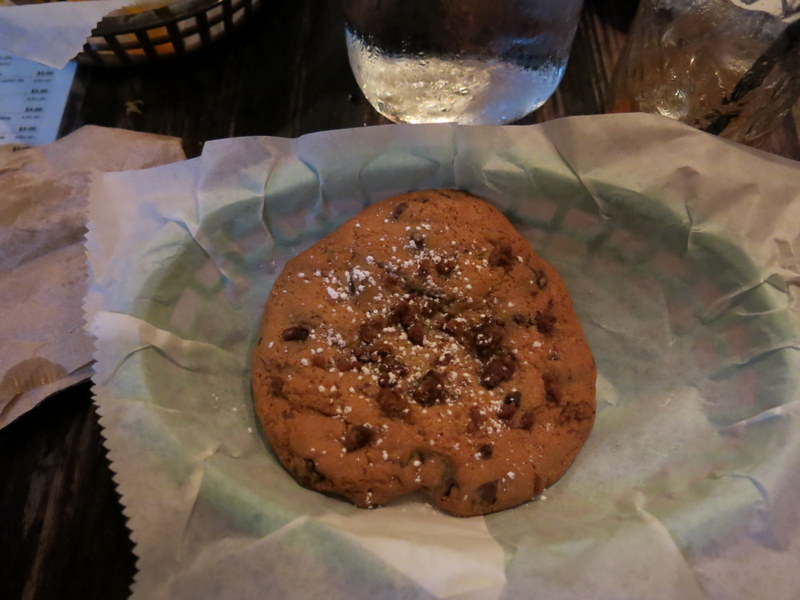 Even though we were super full, we ordered some small desserts. How could we not order the chocolate covered bacon or the chocolate and bacon cookie? 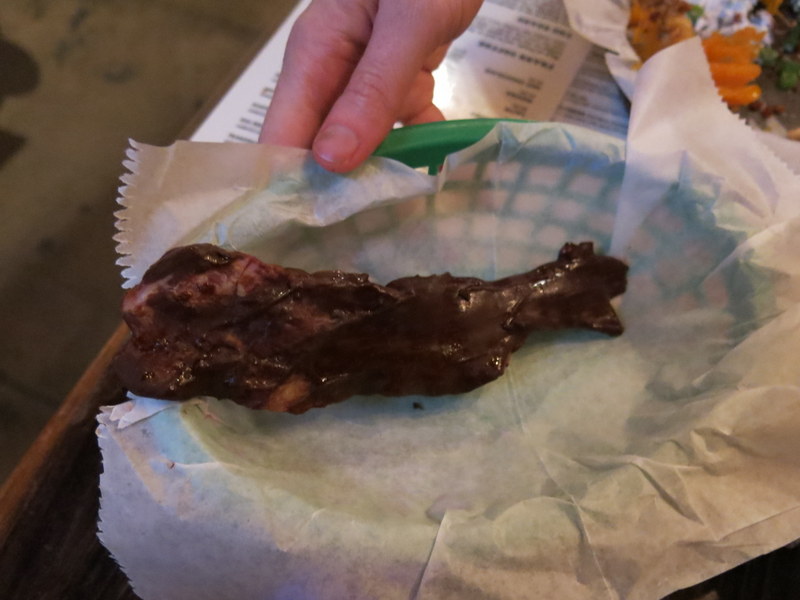 Both were delicious. The chocolate covered bacon was even way better than I imagined it would be. It totally looked dodgy (as evidenced by the pic above), but was yum. By the end of dinner we were both lamenting how much we had eaten, but were both super happy. With that we waddled slowly back to our hotel, hearing the live music streaming from the joints on 6th, and fell asleep.