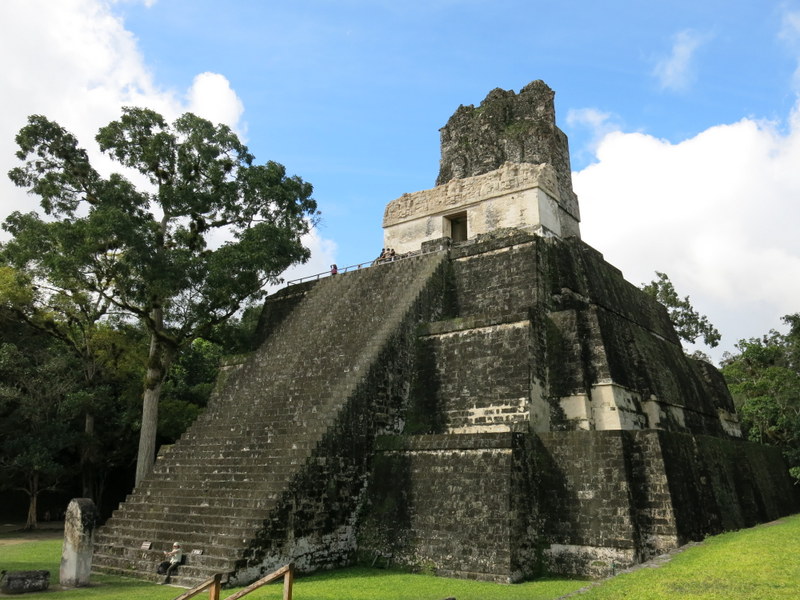 Today was a super exciting day. We were going to Tikal!

Tikal was one of the main things we wanted to see on this trip. Along with Chichen Itza, it is regarded as one of the main sites of Mayan ruins. So to enjoy this to the max, it was another early morning, with a 6:30am start to head to the site.

The plan was to get there, smash down some breakfast and then beat the crowds to explore the huge site. Our guide was Miguel, and he was to show us around the site for the next 3-4 hours. 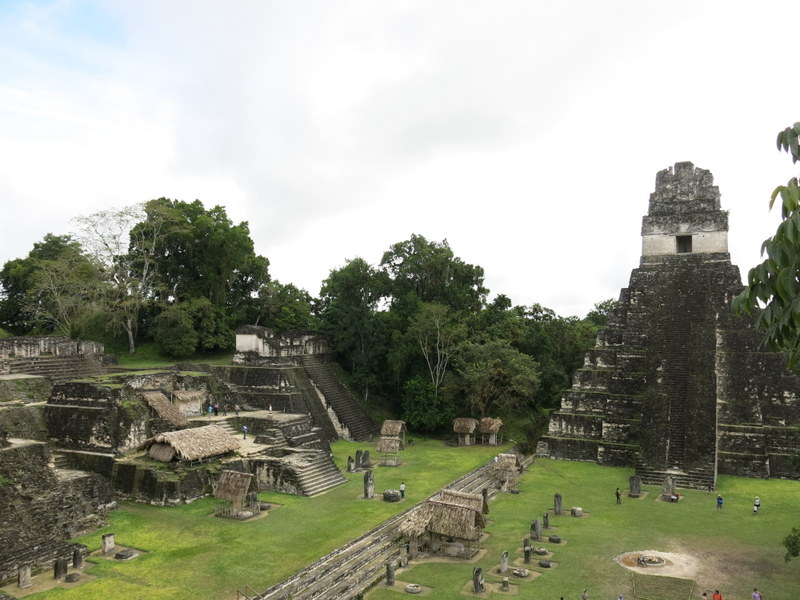 Tikal is set in the jungle, much like the ruins at Palenque in Mexico. If you remember that entry, that day was wet. VERY wet. We were worried last night in Flores as the rain bucketed down. Oh man, I thought… not again. But thankfully the Sun Gods were being friendly and we had a slightly overcast and humid, but rain free day. 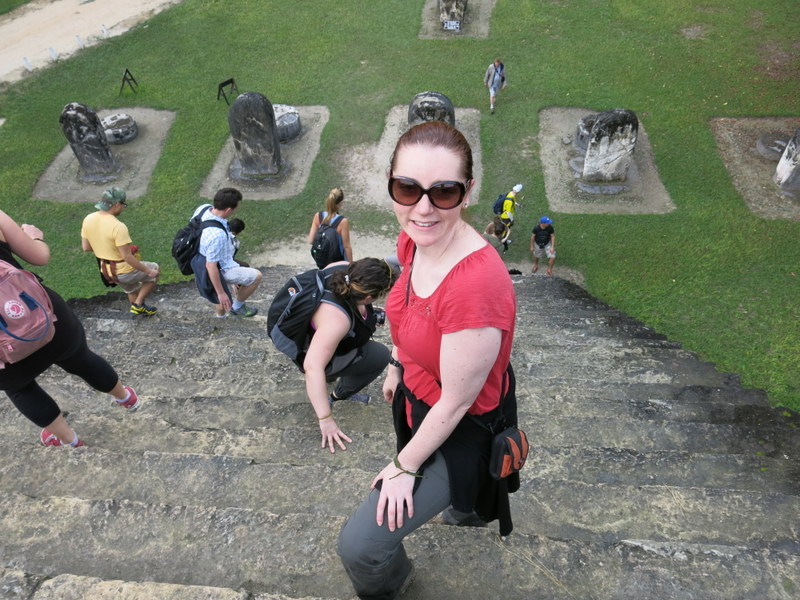 While the main pyramid of Chichen Itza is a tough one to beat, the site of Tikal struck me as much more impressive. It seemed much more expansive, with many more pyramids that we could climb. 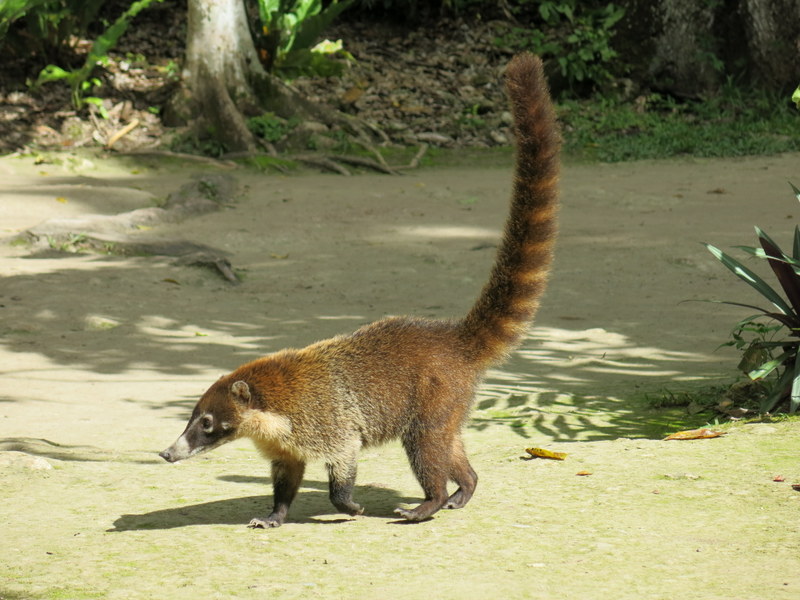 But it was also the jungle setting that really made it. Miguel and Deiber would always be pointing out wildlife, whether it be birds, local raccoon type creatures, and even Spider Monkeys. I know huh? Wandering around ancient Mayan ruins with Spider Monkeys overhead. Pretty incredible.

For the next 4 hours Miguel led us through the ruins, giving us time here and there to wander ourselves and take snaps. It seemed that on every path a new ruin or pyramid would pop up and take you by surprise. And to think that they know there is still a WHOLE lot more for them to uncover. the scaffolding on some of the ruins suggested they are still working their way through and will be for a long time to come. 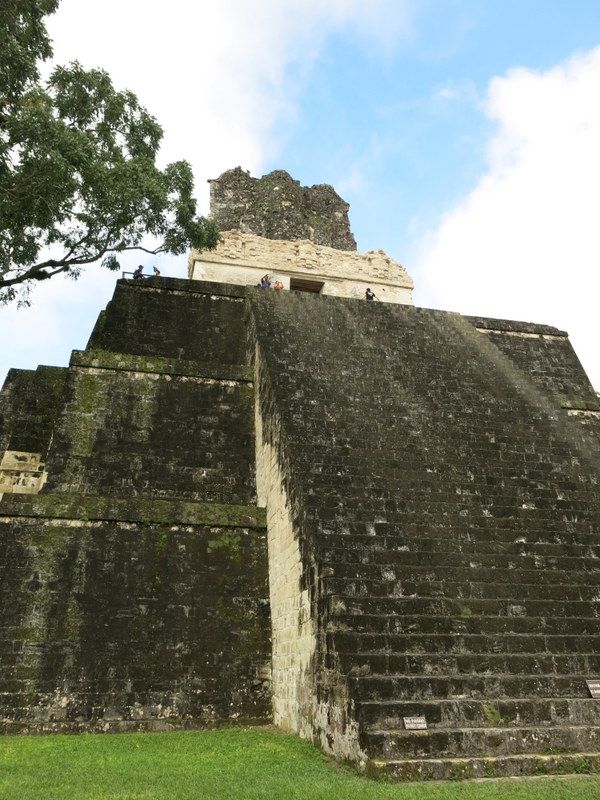 Each pyramid bigger than the last

We eventually reached the largest pyramid, Temple IV which stands 70 metres high. We climbed to the top and OH MAN. We were above the treetops, staring at jungle as far as the eye could see. All that broke it up was the odd temple poking its top above the trees, accompanied by the sound of nearby Howler Monkeys. It was absolutely spectacular… another there can be no photos to do it justice moment. It was possibly the most breathtaking moment of the trip so far. 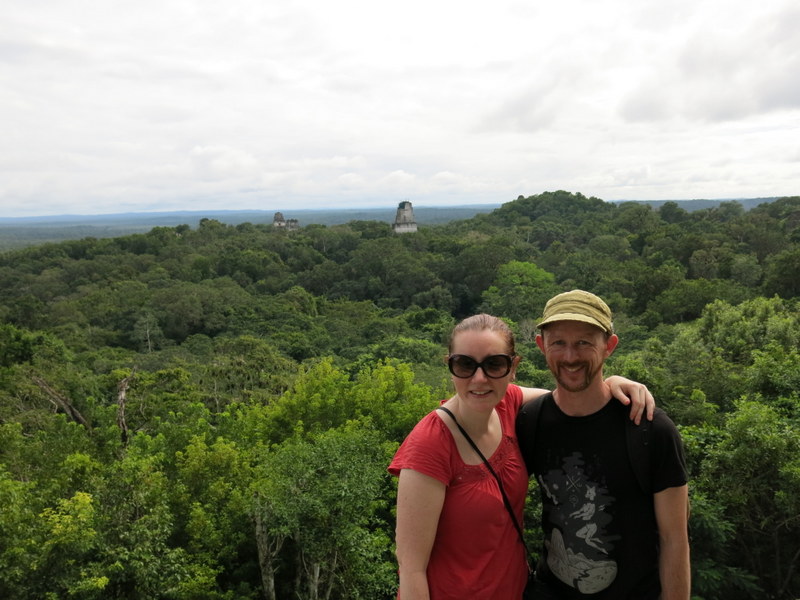 What was even more exciting about being at the top of Temple IV? They shot some of Return of the Jedi there! As soon as I was up there I knew it as jungle footage of Endor. Miguel had told us that a lot of Endor was filmed in the surrounding jungle, but this was super obvious. I need to watch Return of the Jedi again super quick. 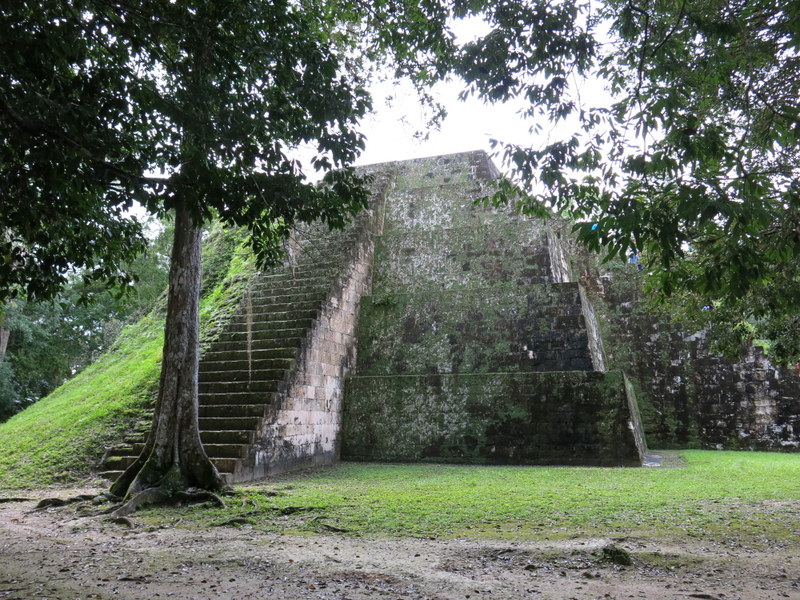 We then continued to wander, soaking it all up. 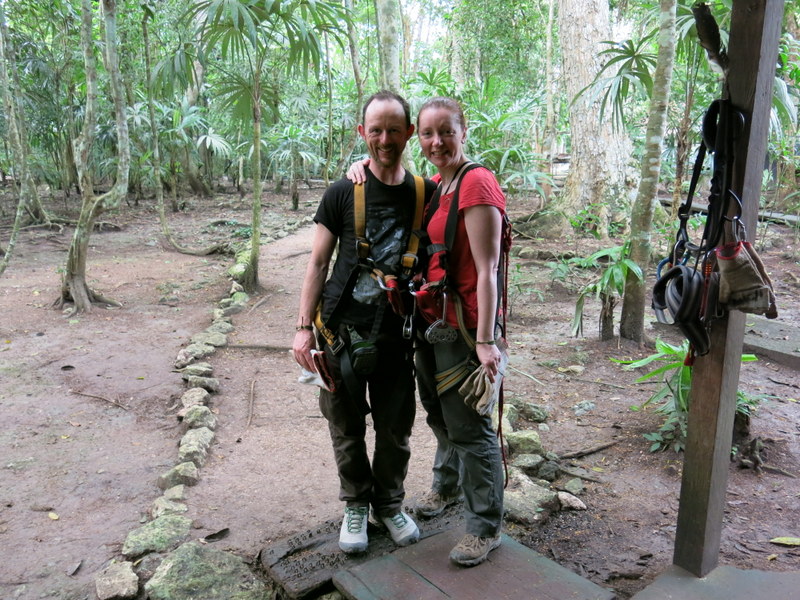 We could have stayed all day, but a handful of us had something else to do. Zip Lining! There was a nearby Canopy Zip Line, so while most decided to have some lunch (lame), Kate, myself, Deiber, and two others headed up the trees to fly through the jungle. 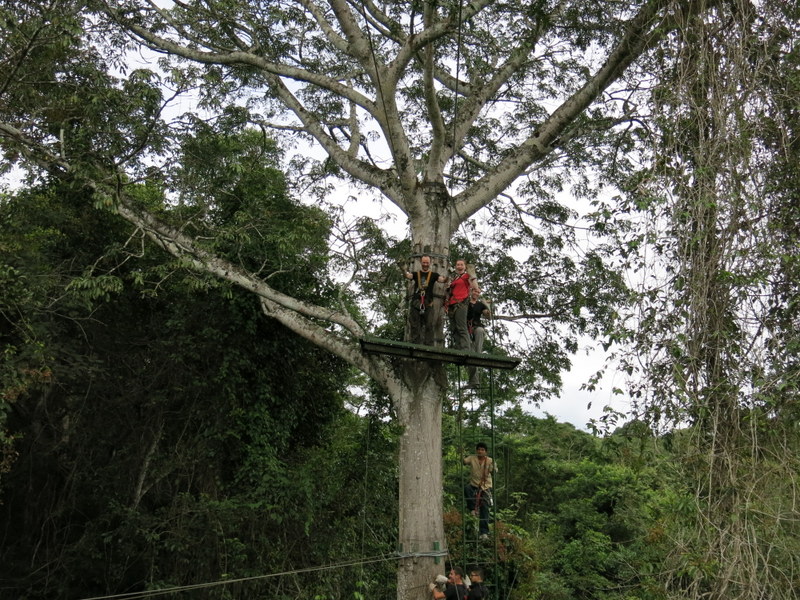 Up in the trees

What followed was about 8 zip lines, so we could soar from tree to tree and see the jungle from a new perspective. This was a different zip lining experience that we had done in the past. To say it was a bit less “professional” is not being fair, but it certainly was a little more relaxed in how we moved about, taking photos from high up, and what we did on the zip lines. 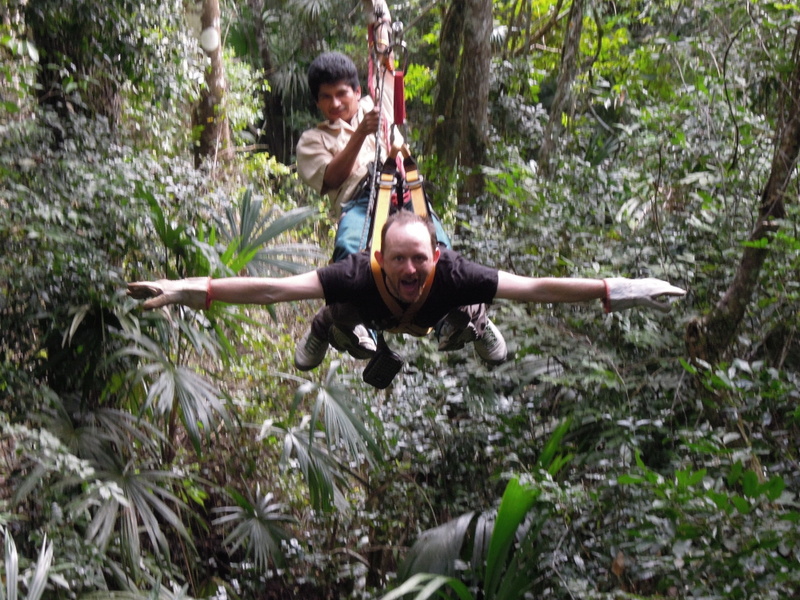 On a couple of lines we had the chance to do the Superman, which was rotating the harness around so you you were hooked on at your back and could fly through the air. It was too cool… flying like Superman through a Mayan rainforest. I tell you… life is not too bad.

Kate coming in for a smooth landing

All buzzed up from our zip lining adventure, we raved to those unadventurous folk who didn’t join us, and headed back to Flores. Given the town is so small, Kate and I just relaxed by the lake, reading and blogging.

I have enjoyed the lake action and a beautiful sunset, as I type this, and am salivating at the prospect of what I might be able to eat for dinner. I could tell you but nah… I will keep it for the next post.