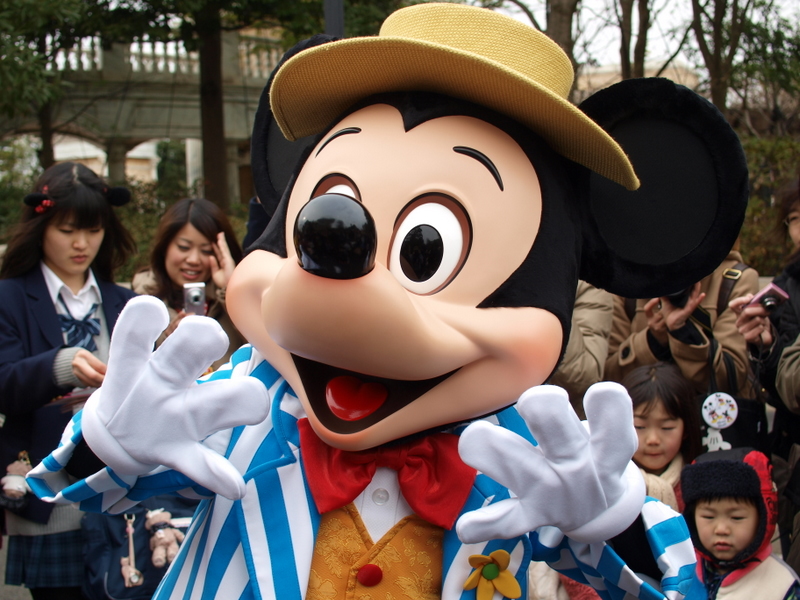 I guess he needs no introduction

So in the last 24 hours I made 2 main decisions. But I’ll get to those.

I didn’t post yesterday as, well, frankly, nothing much to say. As mentioned in the one before it was an epic travel day… about 10 hours of train action. Thanks to Japanese efficiency it went like clockwork. 3.5 hours of train from Sapporo to Hakodate, 11 minute change over, 2.5 hours from Hakodate to Shin-Amori, 13 minute changeover, then almost 4 hours from Shin-Amori to Tokyo. And it all went perfectly to the minute.

That put me back in Tokyo just after 6pm, and by the time I got back to my digs in Shinagawa it was about 7pm and I had nothing really to report. So well, I didn’t. Really strange though being back at Guesthouse Shinagawa. It simultaneously feels like both yesterday and forever ago I was here. In reality it was 3 weeks ago that I was here. Time flies yadda yadda.

Anyway, to decisions. The first was about what to do with my first day in Tokyo. Now I had had it planned all along. Since it was the last day of my rail pass, I was intent on visiting Nikko to see the famous shrines/temples there. Apparently some of the most spectacular, and important, ones in Japan. But then on one of my train legs the other day I had a thought. “More shrines? Really? Haven’t you seen enough? Why not go to Disneyland instead?!”. That planted the seed of doubt in my head. Maybe Disneyland would be cool. I mean what makes a shrine or temple more important than Disneyland?! Especially when I had done so much time in Kyoto, Nara, etc.

I had spoken to some people about this before I went (my sister mainly) and had expressed a bit of reservation about going to somewhere like Disneyland by myself. Strange… I mean I am happy to do virtually anything solo. But a theme park… well, they are way more fun when you are running amok with someone else.

But last night I made my decision. Forget Nikko. I’m going to Disneyland!

So that’s where I headed this morning. By 10am I was in line with hundreds of people, most already in crazy hats with ears. This was going to be fun.

And it was. I gotta say by the end of the day I was very happy with my decision. I am sure Nikko is amazing. But what I actually really wanted today was not another temple or shrine. I wanted rides! And acting like a kid! 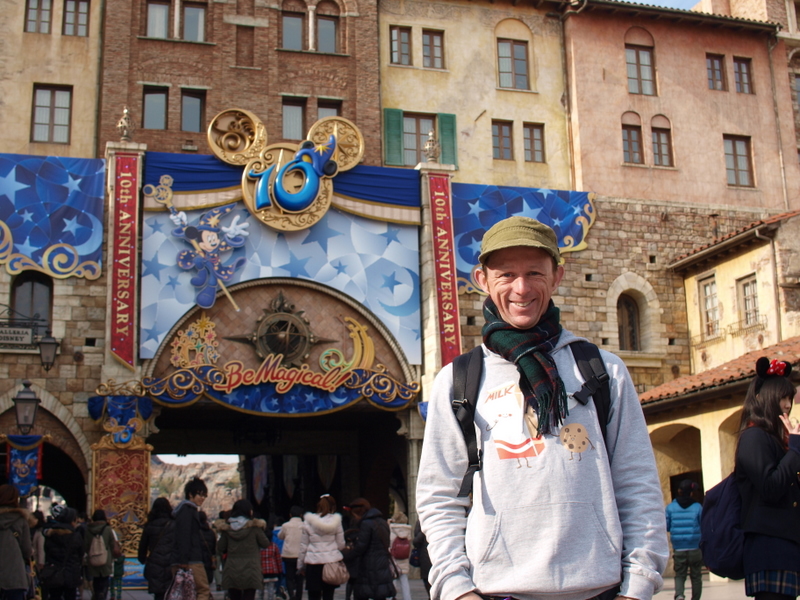 “So what is Disney Sea like?” I hear you ask? Well, a Disney-based theme park, obviously. But it doesn’t have any of the signature rides (Small World, Haunted Mansion, Space Mountain, etc) of all the other lands. Rather it is the Disney Universe transplanted into sea-themed lands, like Mysterious Island, Mermaid Lagoon, Port Discovery, and so on. The rides were somewhat sea themed, but not really, but the shows definitely were (no parade, just an extravagant nighttime production on the main harbour). 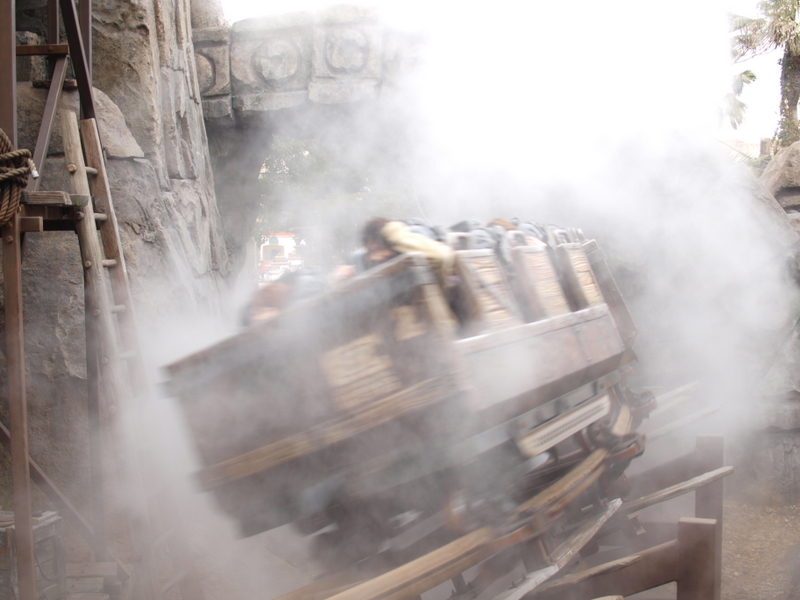 A bummer that Indiana Jones was closed for the month, but there was enough to keep me busy. There were two clear winners of rides. The first was Raging Spirits, a kinda rollercoastery thing. Only one loop, but enough pace and turns to get the adrenaline pumping. 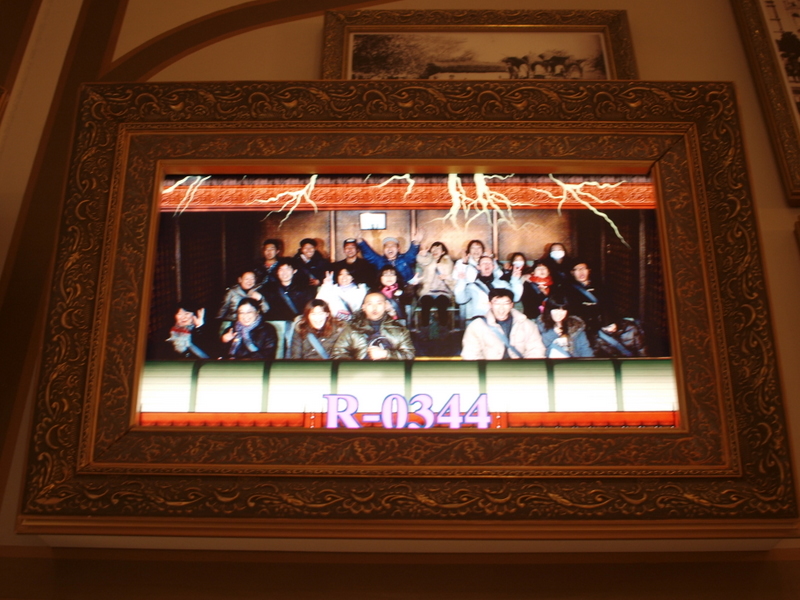 I was too much of a tightass to buy the photo

But the best easily was the Tower of Terror. And not like the one at Dreamworld back home, better. The rough plot had us in a somewhat haunted elevator. Instead of just taking us to the top and dropping us, you do all kinds of quickly up, whoops! back down, nope! back up, back down, etc etc. Way more fun. So much fun I went on it 3 times (the small crowd size helped). The photo above is my dodgy photo of the one it takes when on the ride… that’s me in the middle row, 3rd from the right (acting like a loon).

Oh, and yeah, the characters are cruising around too. The kid in me could not help but come out whenever I saw one.

Abu, the monkey from Aladdin… 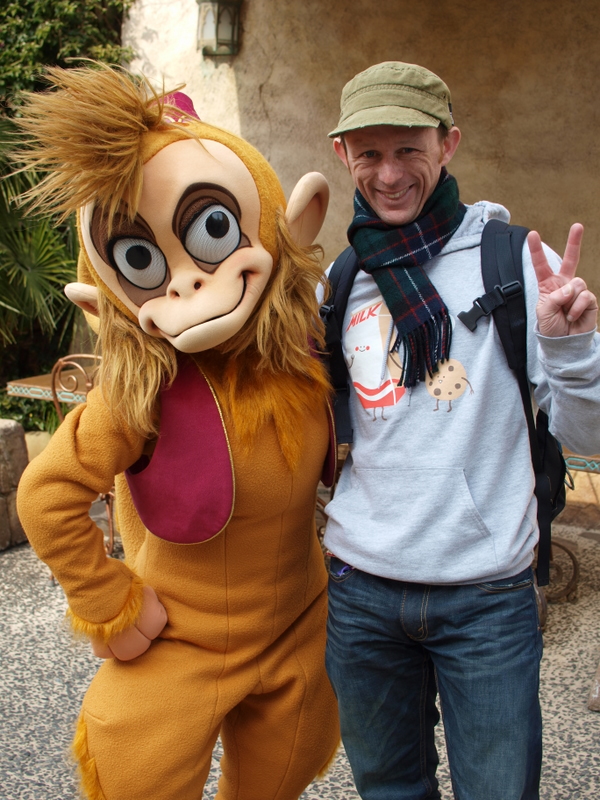 Monkeys seem to be a theme of this holiday

Ariel, the little mermaid (not so little, and strangely VERY american)… 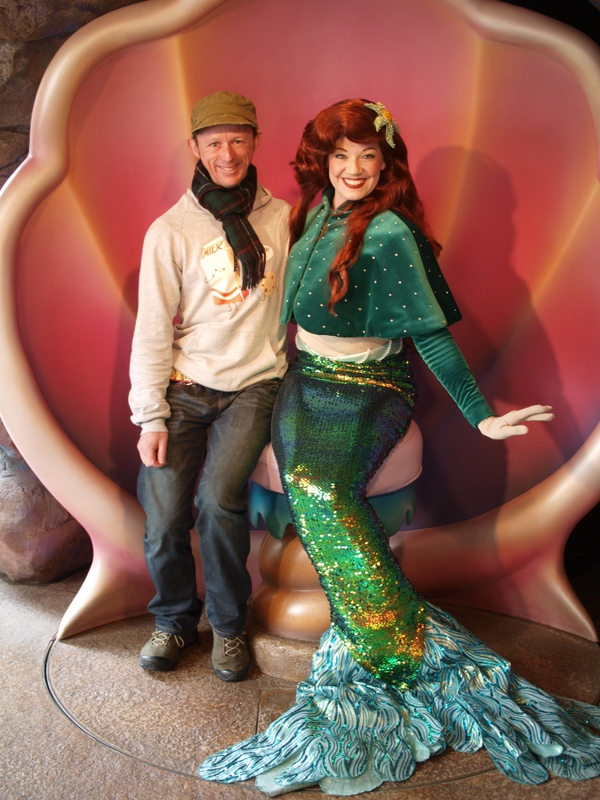 This was a pretty weird photo to get taken actually

Chip, or Dale, whichever one it is… 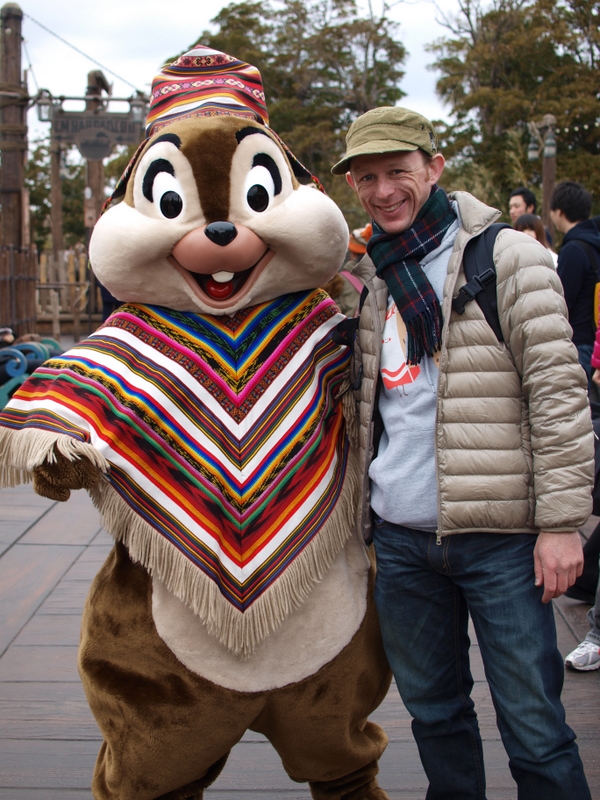 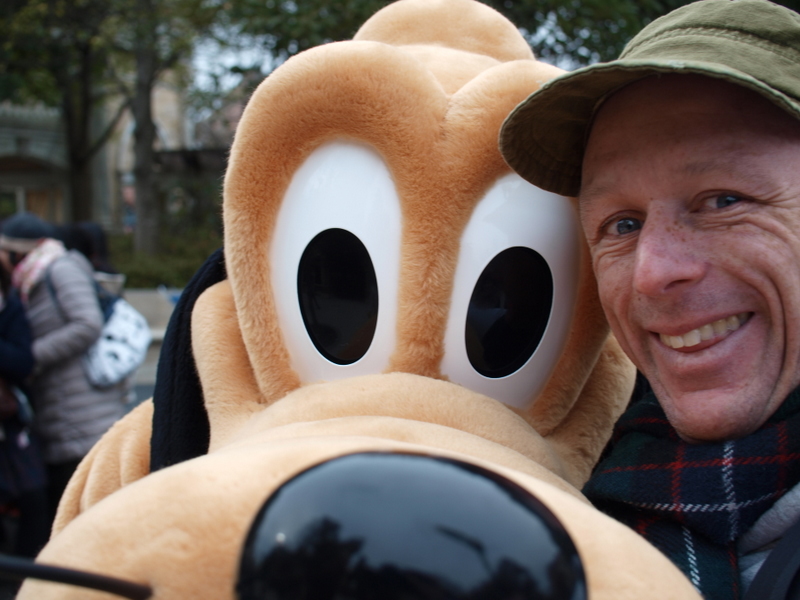 Whoever was in this suit was having way too much fun

And of course, I had to get a pic with the mouse himself… 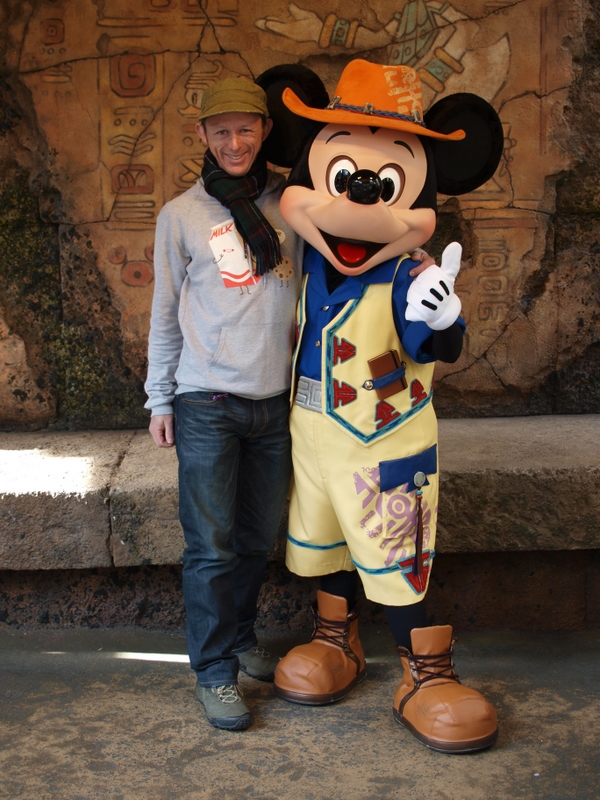 Which one is the mouse?

So did I have fun? Oh yeah. I mean, I would still love to have been running around like a loon with a partner in crime, but good decisions made. And tomorrow is going to be awesome too…