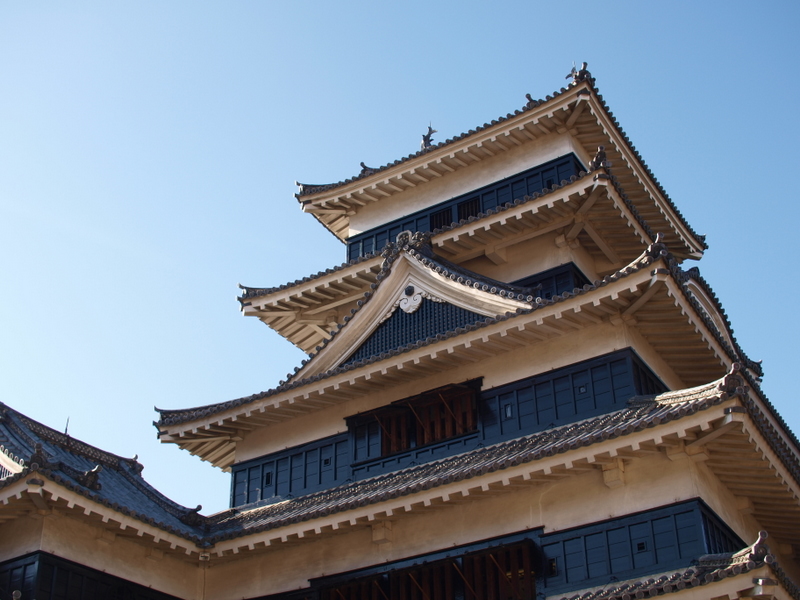 What a difference a night can make. I checked in last night with it snowing like crazy and wake up to glorious blue skies. Still freakin’ cold, but nothing like the snowy winterland it was last night.

In my approximate plans before I left I always kind of knew I would have a day in Nagano where I would wing it. Would I snowboard some more? Hang out more with snow monkeys? Just chill and do nothing? Well, as it turns out I found another thing to do.

I had no idea one of the key castles in Japan was only 45 minutes away. Matsumoto Castle (in Matsumoto of course) is considered one of the main 4 castles in Japan (with Himeji being another), so given it was so close I had to go visit, and today was the day. So on to a train I jumped again (this JR Pass is easily worth the money) and hustled along to Matsumoto.

Matsumoto is another city of roughly the same size as Nagano (about 200,000) people, but is not a hub for the snow folk. So in some ways it feels similar, but also has a different vibe. Certainly wasn’t as snowy, being just that bit more away from the mountains, but still in the thick of it. So what is the city known for? Well, the castle mainly. 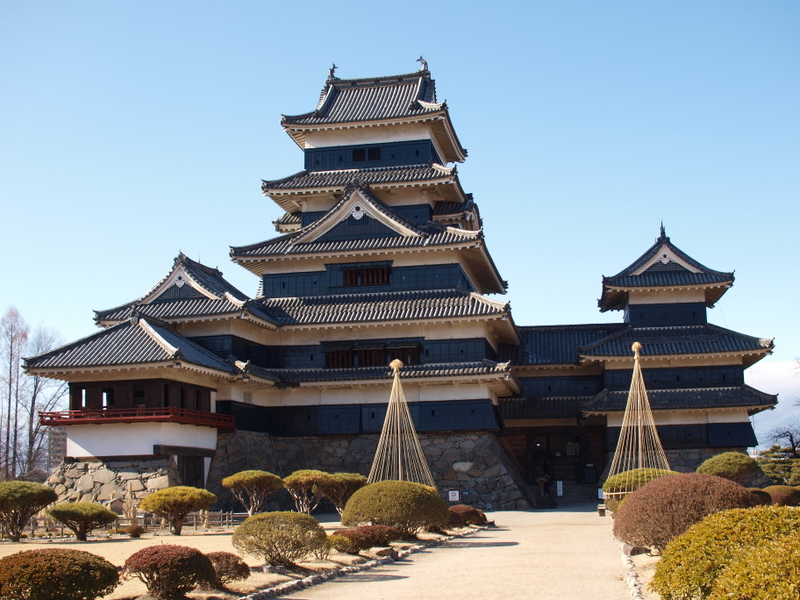 Japanese castles are the best

So off I wandered, and there it greeted me at the end of the street. Not nearly as imposing as say Himeji, it still looked quite cool perched up there on its stone base. 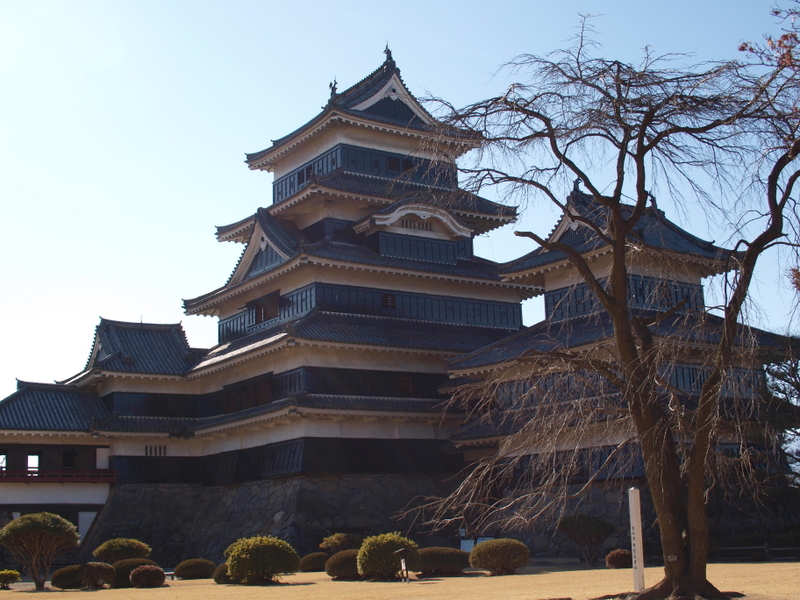 I wonder how they say “Your mother was a hamster” in Japanese?

Entry allowed me to wander through the entire castle keep and I do love exploring these Japanese castles. You find these nooks and crannies where you know some fightin’ had gone on in past centuries. You look out the little windows and imagine you are shooting arrows at those folks (yeah, I have a bloodthirsty streak in me). 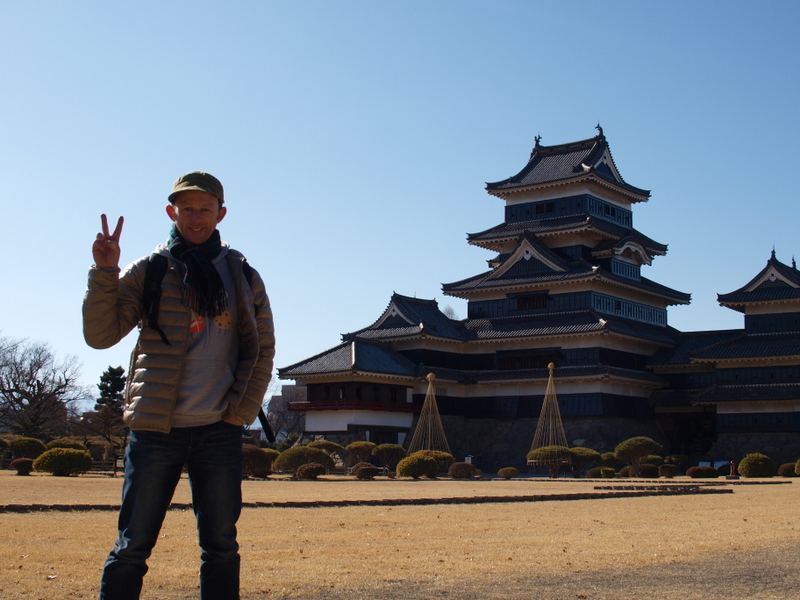 Again, while not huge, I spent a good couple of hours wandering through the castle and around the grounds. Oh, and trying to take more extravagant self portraits. 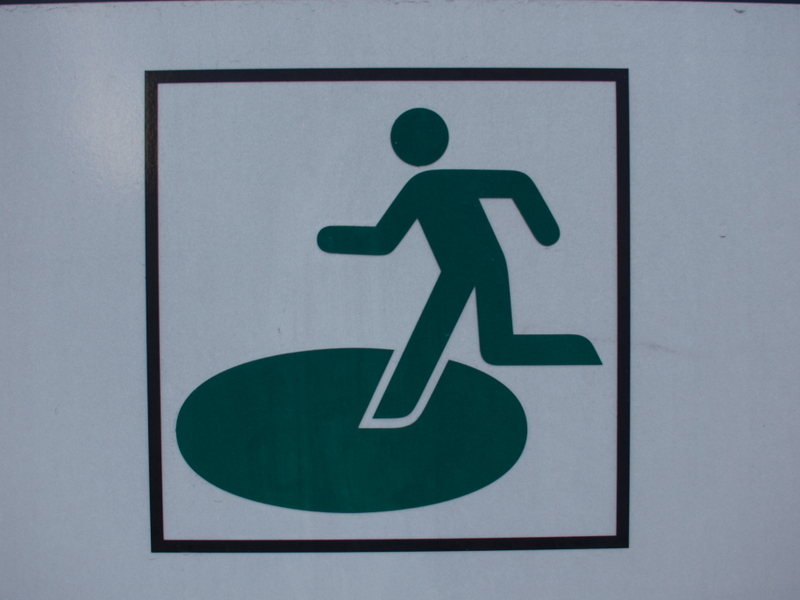 From there I wandered around town for a bit, through the old district which each place I go seems to have. There didn’t seem to be any other specialties of Matsumoto (too close to Nagano for other types of Kit Kats), but it was nice to have a day of just wandering. It was definitely worth the trip just for the castle. And from there it was back to Nagano. Although I wish I had a Portal gun as it seems they can be used here.

So this is my last night in Nagano. Has been great to do some very different stuff to last time. In some ways I see why people most arrive and head straight to the ski fields. But really? There’s monkeys to see! And castles! Tomorrow is a long haul (about 7 hours of train travel) to get to Hakodate in Hokkaido, the northern island of Japan. Why am I going that far? Because I have a rail pass and I can, that’s why.

I assume I will post, but may not depending on internet and if I have anything to talk about except train travel. Speak next from the north!