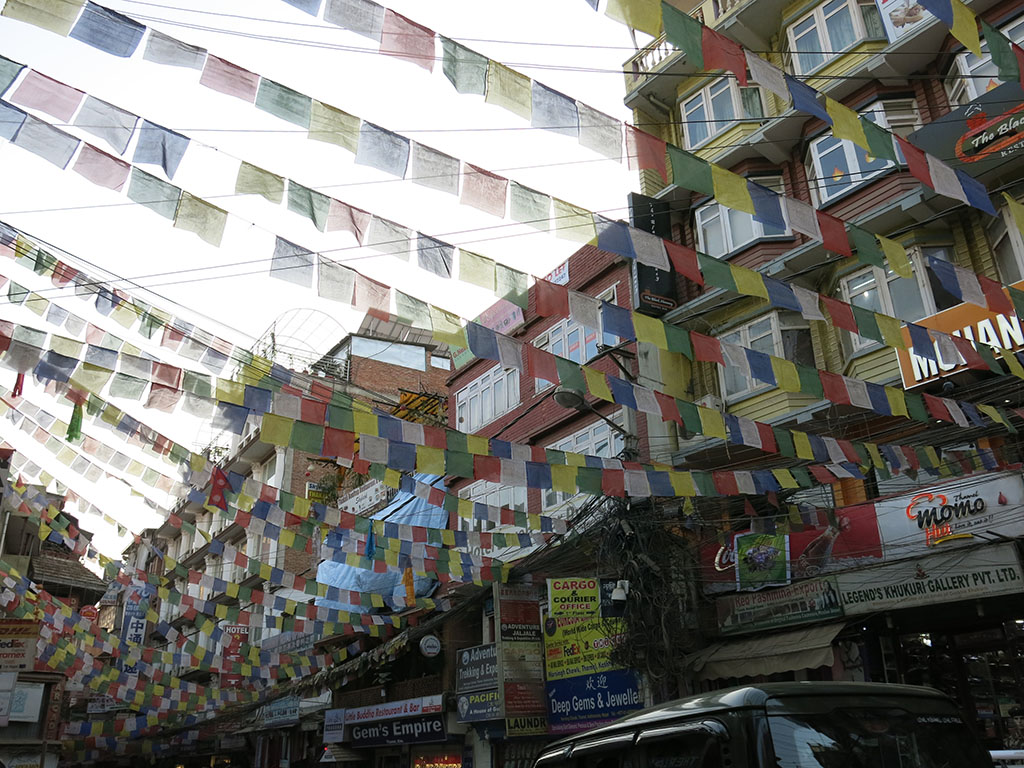 My trip to Everest Base Camp begins!

Yep, after having conquered Kilimanjaro a couple of years ago, it was now time to cross that other epic journey off my list. But that makes it sound like it was just a box checking exercise. Nothing could be further from the truth. My bud (and Kili climbing partner) CC had waxed lyrical about the trip to Base Camp, and like many before me, just uttering the word “Himalayas” was enough to trigger goose bumps. So this was a trip I was excited and nervous (every emotion really) for. So on the plane I jumped, with just my hiking gear accompanying me, and headed on my merry way to Nepal.

The flight was with Thai, via Bangkok. This seemed to be the most direct route and was reasonably priced so worked for me. The airline itself seems to be looking a bit tired these days (especially when you have been travelling places via the Middle East in the past years), but an uneventful flight is a good one, and with 6 hours sleep under my belt I arrived in Kathmandu.

As soon as I arrived I knew I was in a new and unique place. While I have travelled to a lot of places now, not too many have been what I think too rugged or overwhelming. Tanzania to a degree, and parts of Central America I guess, but even the more random parts of Europe (or say Japan) tend to have familiar elements to them. Kathmandu was the same, although the air of difference and chaos does hit you as soon as you are in the airport. As I awaited my bag, very strange animal noises emanated from a large crate. I *think* it was a dog of some kind? But boy were they strange. I then fought my way through the crowds and past the huge number of folks trying to get me into their taxi. I had a transfer waiting, but even one guy was cheeky enough to approach me and let me know he was my transfer (even though he wasn’t) and try to get my bag and an accompanying tip for his trouble. But Mingma from G Adventures (my EBC tour company) was waiting and we headed the centre of town.

The roads were what I expected would be the case… dusty roads where there is no such thing as an indicator, rather a beep of the horn always sufficed when moving left or right. So love being in a new environment where all this craziness is happening around you. In no time Mingma (who I should say was one of our main tour leaders) had me at the Fuji Hotel, our starting point in the tourist area of Thamel, safe and sound and let me know the deal for meeting the group tomorrow. I now had a few hours of afternoon and the whole day tomorrow to get acquainted with Kathmandu. 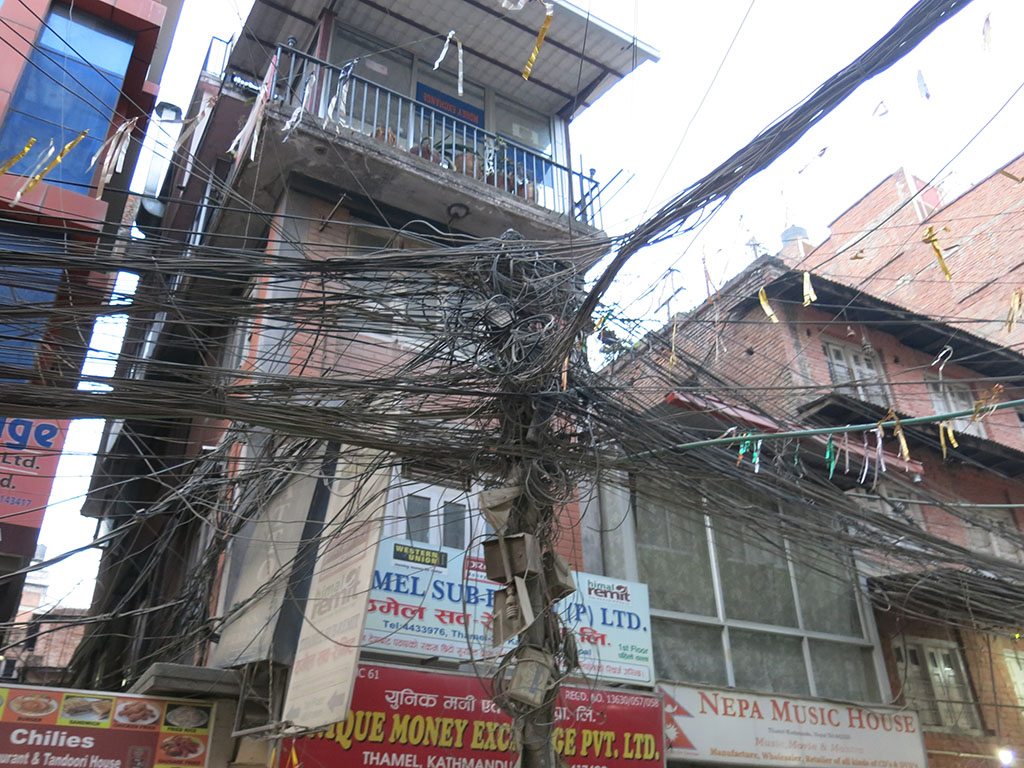 and this is not even as chaotic as most

Even though I got some sleep, I was keen to take it easy for the afternoon and do my main sightseeing tomorrow. I marvelled at the incredible wiring on display above my head everywhere I looked. Local NBN? After wandering hectic Thamel for a bit (deflecting the many shopkeeps, randoms on the street, and many offers of drugs), I settled in for the first of many meals of Momos. Momos are basically dumplings, but Nepal’s version. Not much different really… steamed or fried… but with a focus on local fillings. So I was keen to strap on some Buffalo and also Potato and Cheese momos. 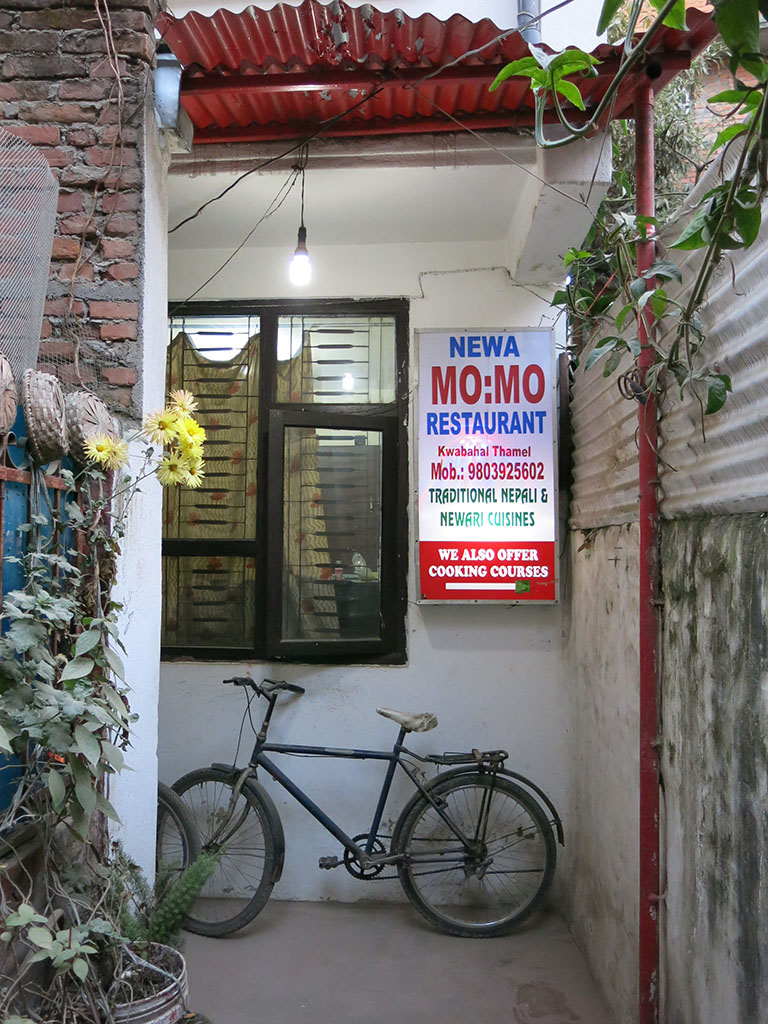 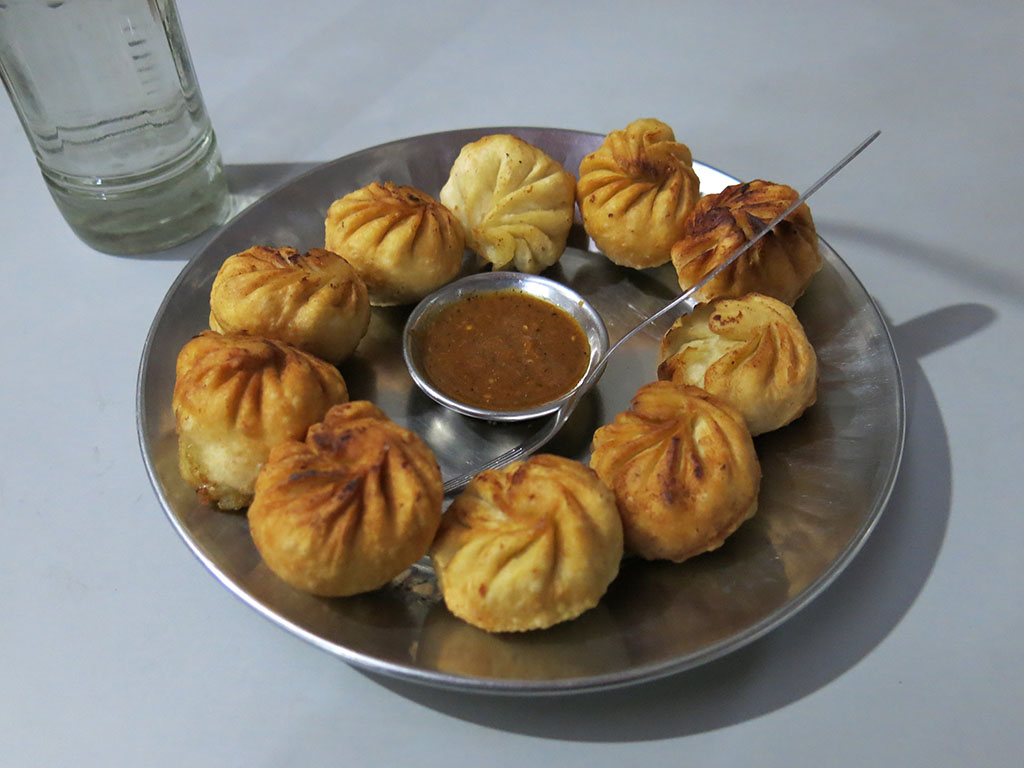 While you can’t walk 10 meters without having the option of momos, I did a quick search for “Best Kathmandu Momo” and was greeted with Newa Momo, so why not? Tucked down a small alley and hard to find, I wandered into the family run restaurant. Buff momos and also Potato Cheese momos please! 20 momos was a lot, but you know… travel makes you hungry hey? Mmmm… delicious. I could see many momos in my future.

The sun was down and I was sleepy, so I decided to settle in for the night and get some sleep before the real adventure started.