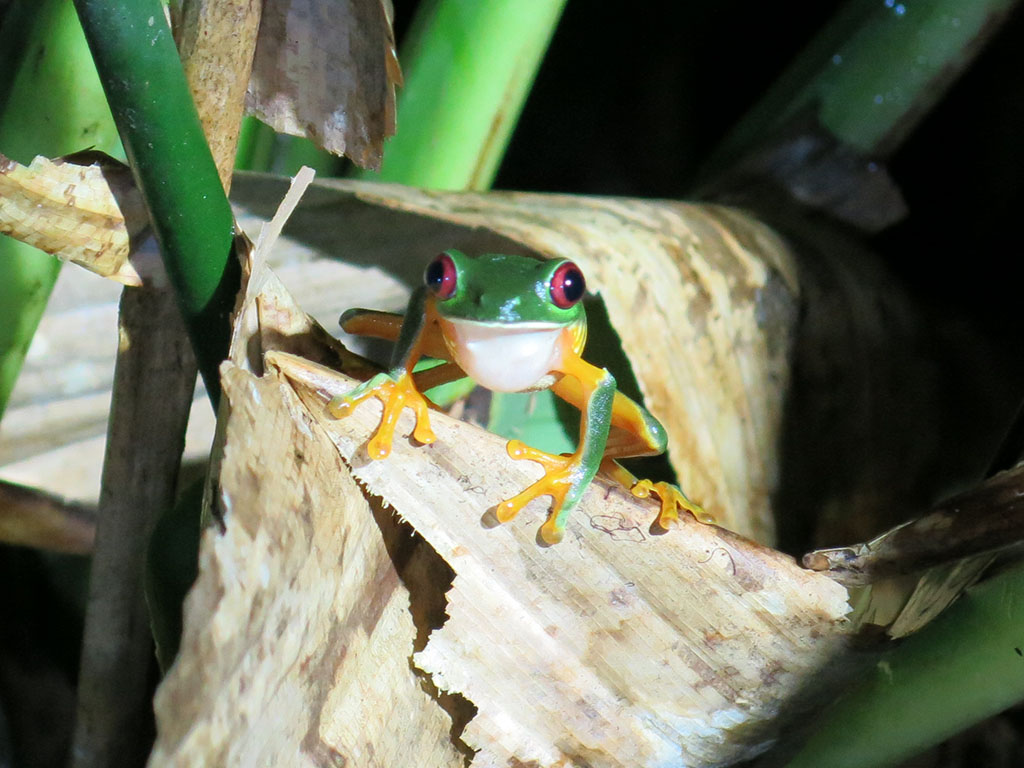 here’s looking at you kid

Today we bid farewell to Monteverde and took the “Costa Rican Massage” road out of town. Just before we left town however, Andreas took us on a small detour. He didn’t really tell us what was going on, but we made our way up another windy road and then all jumped out of the bus. 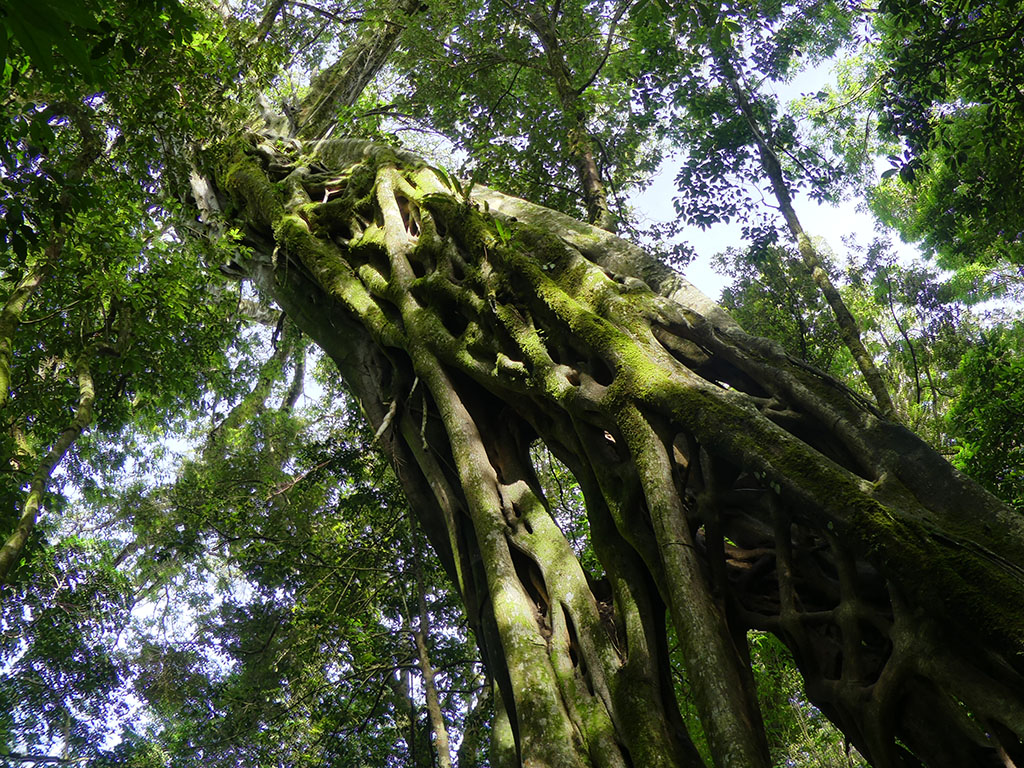 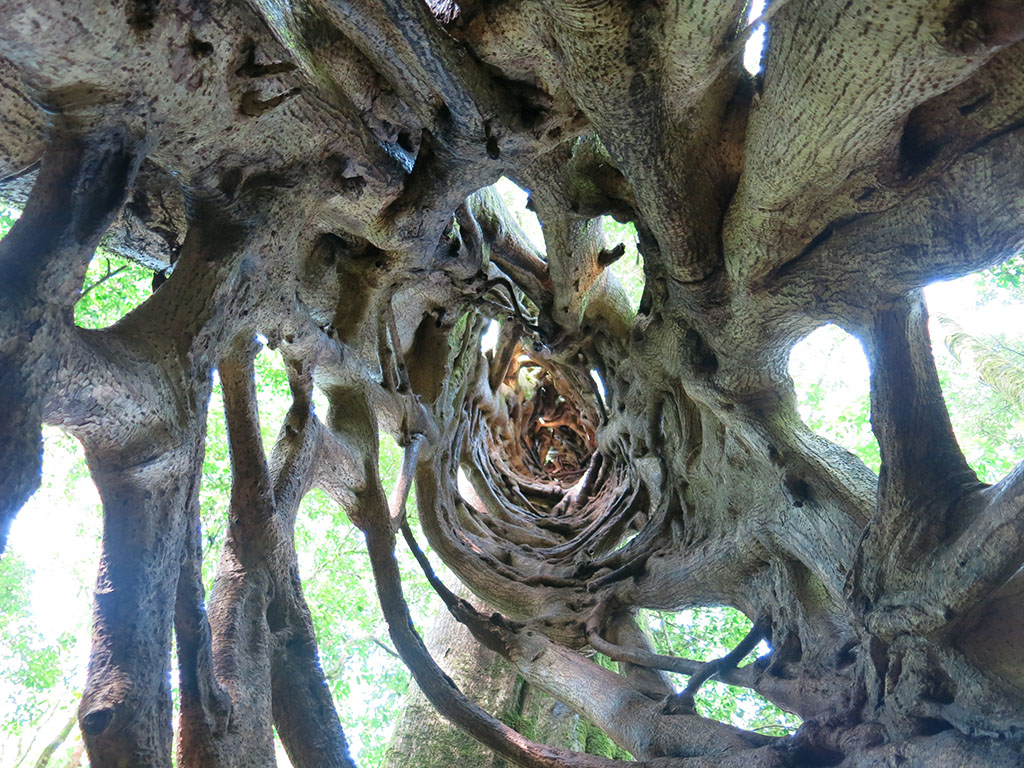 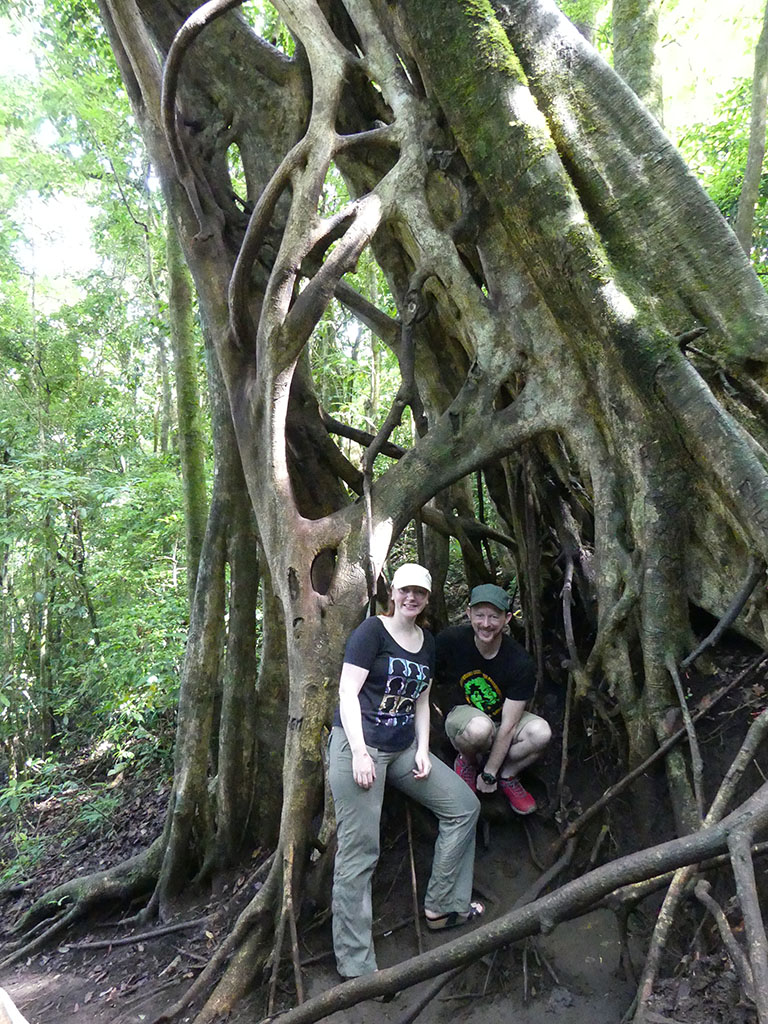 After a few minutes walk we arrived in to a part of the forest where we were greeted with a massive tree that was incredible. It was a strangling ficus tree, a tree that had taken over a host tree and had made an amazing hollow tree, where its trunk was winding and almost vine like. We could actually climb inside the tree, and looking up was fascinating. It took everything not to try and climb up inside.

We were heading west, toward the Pacific coast. Much to the happiness of everyone, after about an hour we hit the main highway. Paved road! This was the highway that runs all the way through Central America, and it was nice to get to some smooth road.

Once we hit that we made some good time and late morning we hit our lunch spot. It was an early lunch but for two reasons… firstly we would not be making it to Manuel Antonio for another couple of hours, but secondly, we had some crocodiles to see. 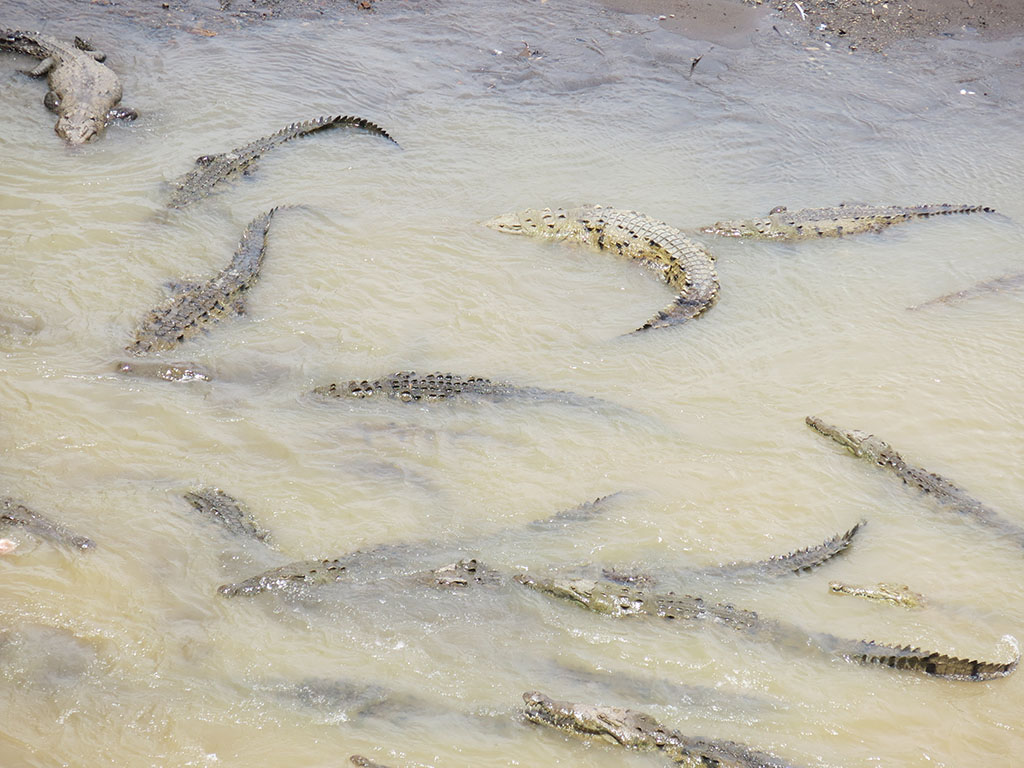 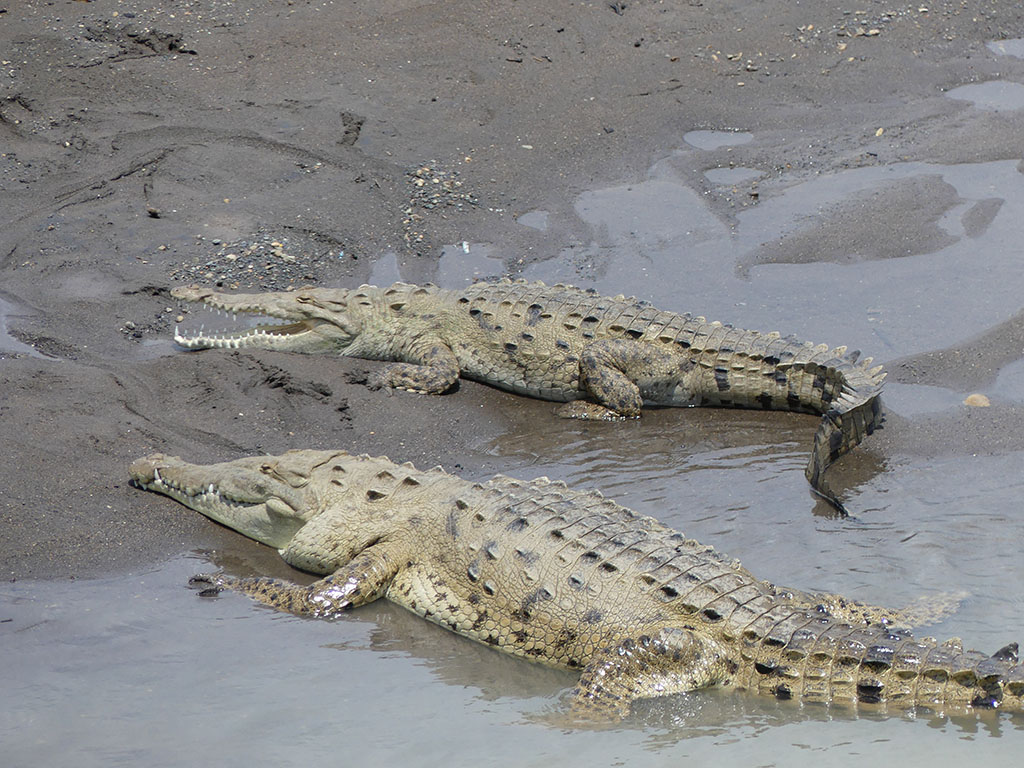 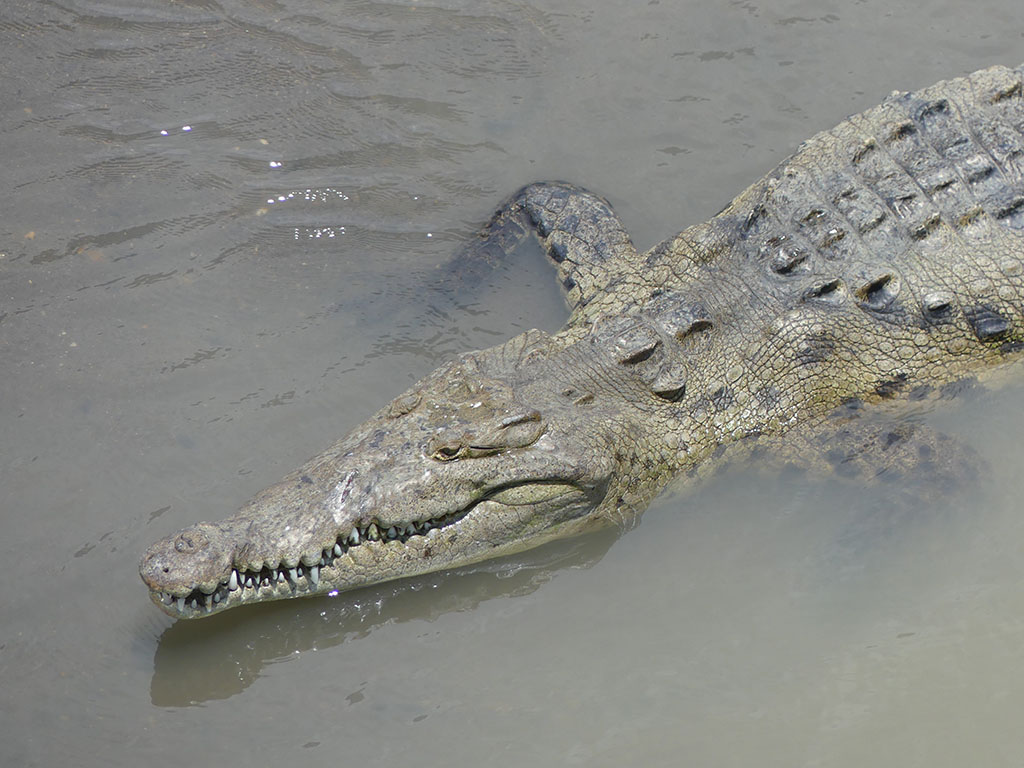 We were in Tarcoles, and this was a popular spot to stop for most travellers, as at the Tarcoles bridge were dozens of massive crocodiles hanging out in the river. And by massive I mean 4-5 metres long. It was quite a sight to see them sunning themselves in the waters and with everyone on the side of the bridge staring down.

After our lunch break we kept on travelling and made it to Quepos, the small town in the Manuel Antonio region. Manuel Antonio itself is a small village and mostly a beach, with Quepos being the main township. It seemed like a typical latin american beachside town, and on the stretch of road toward Manuel Antonio were many hotels, ranging from backpackers to massive villas. We were staying in a pretty good hotel halfway between Quepos and Manuel Anotnio, and had a scaly bellhop to greet us.

We had a few hours free to soak up the hot weather and the poolside happy hour. At around 5pm, 4 of us had opted to go on an optional night walk. Yep, another night walk, bt being in a different locale meant the chance of seeing some different things. So on nightfall, we met the guide and headed off into the Manuel Antonio forest.

We were hoping to see the famous red-eyed frog here, and were told that would be pretty much a certainty. As we got on the path we were first greeted by a pack of squirrel monkeys, making their way to their favourite night time spot. We never got a clear view, but could see them making their way quite rapidly through the trees. 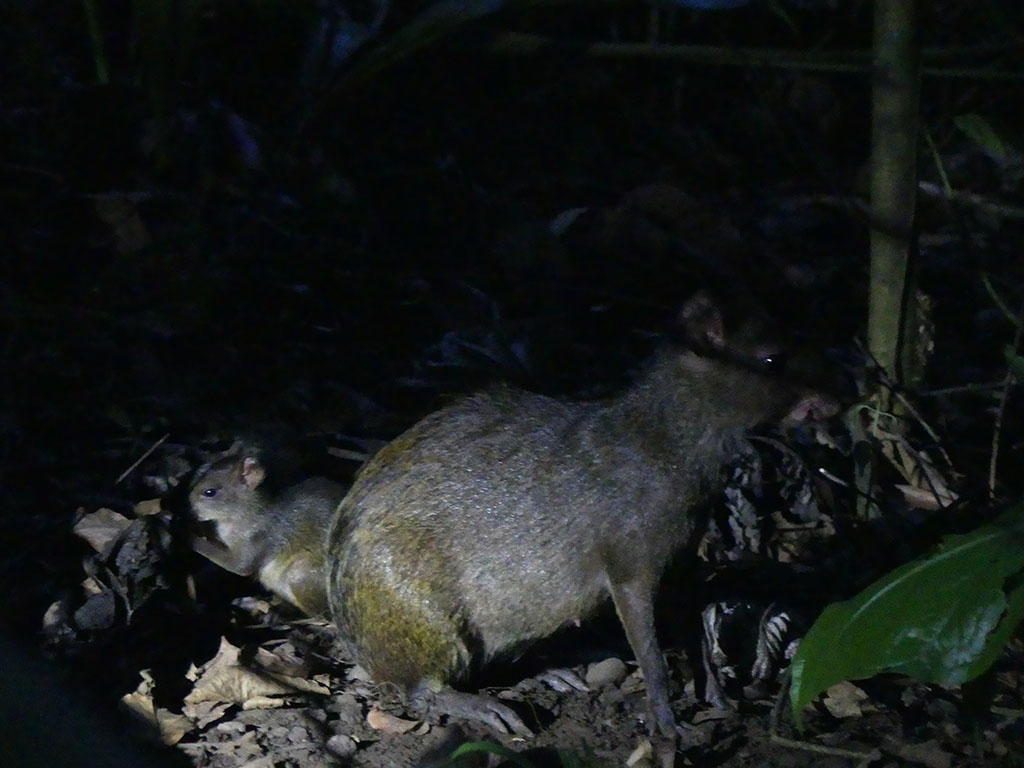 Not long after we heard another rustle, this time on the side of the path. Here we found an adult agouti, with two babies in tow. This is a medium sized “forest rat” and while it certainly had some facial features resembling a rat, it was pretty cute to see it running about with the babies. 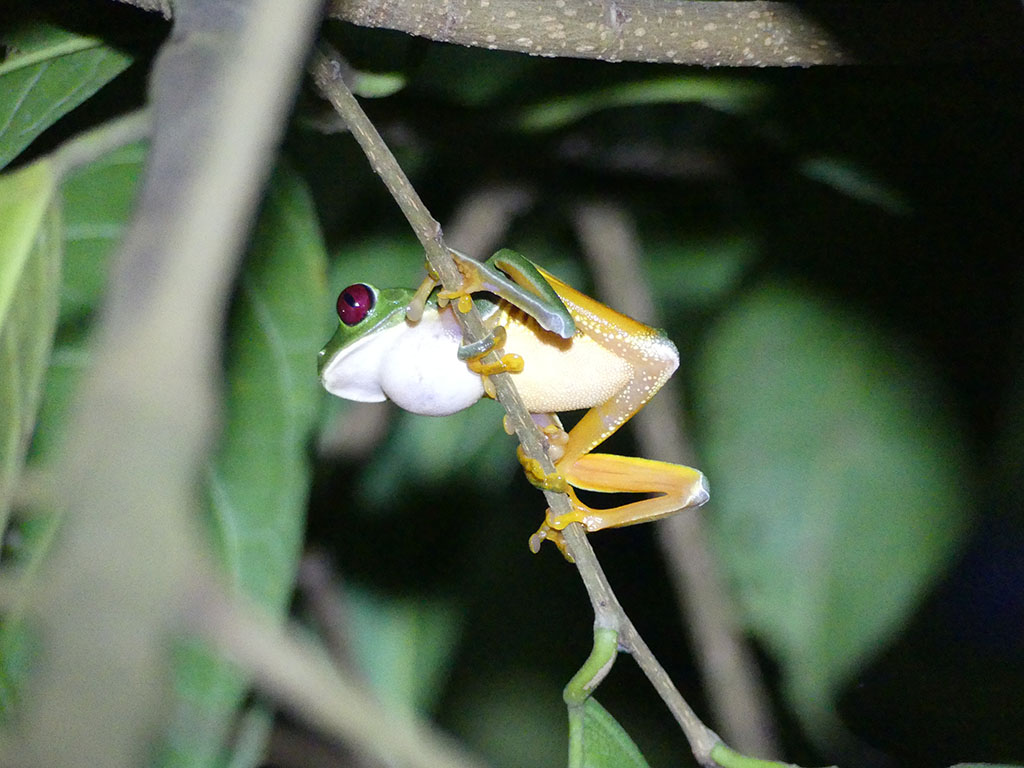 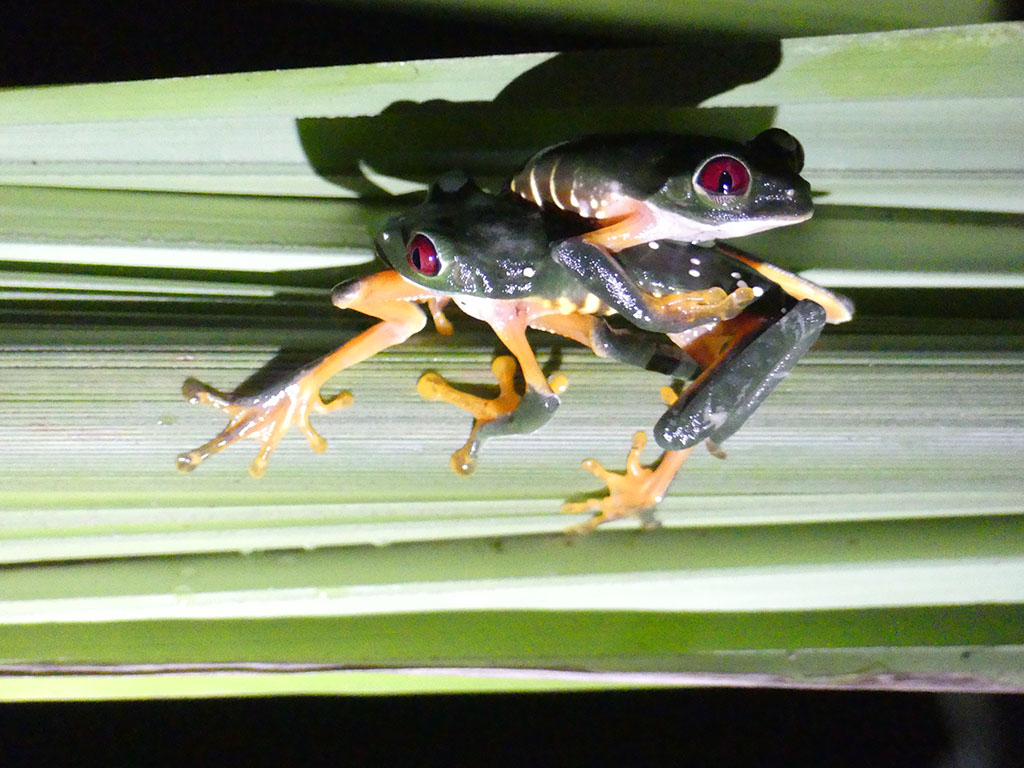 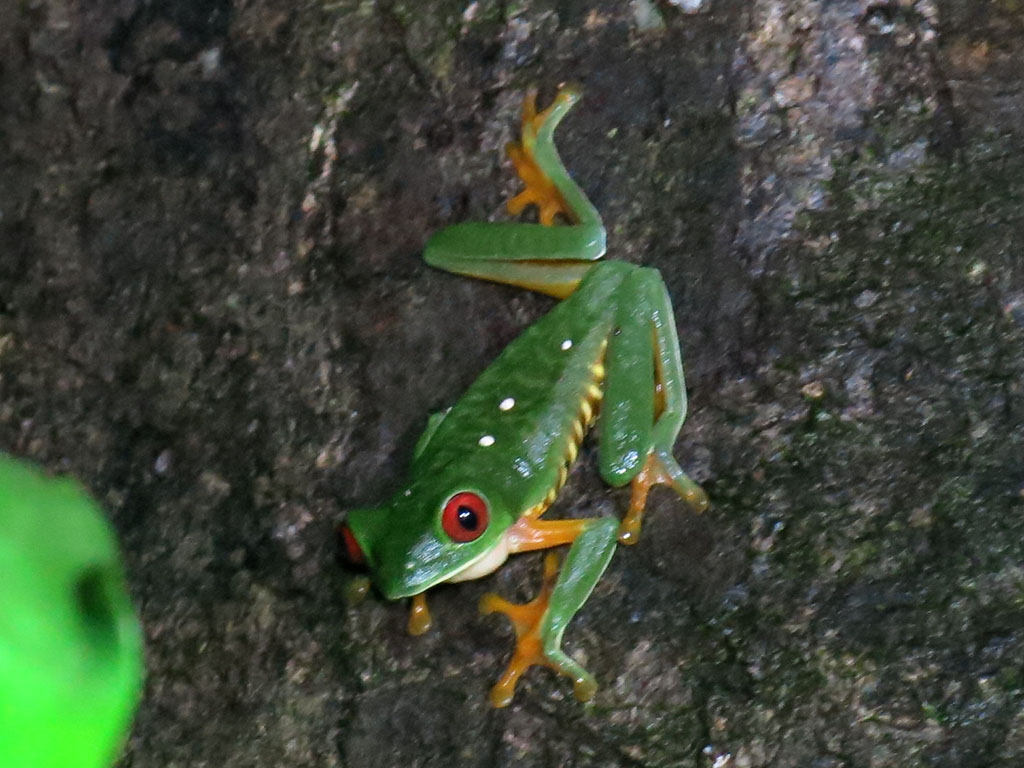 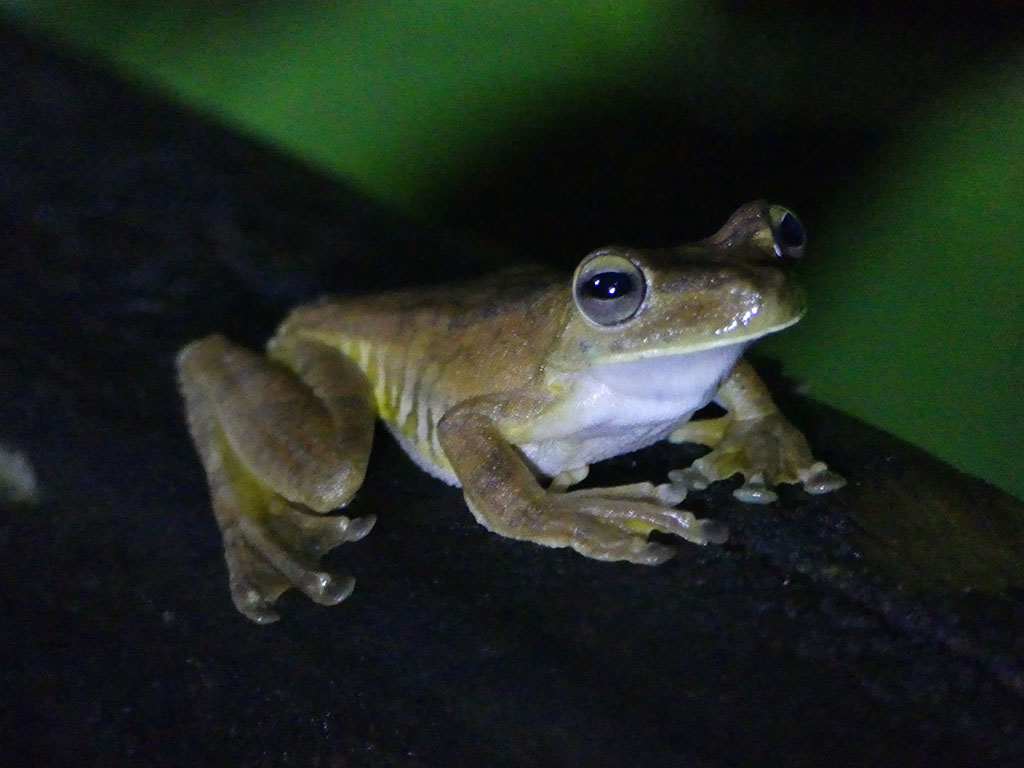 In no time at all though we had accomplished our mission… red-eyed tree frogs! They were crazy to see, with the bright red eyes staring at us. We were excited to see one haning out watching us, and then as we kept moving found a bunch more. We even found a quite amorous pair doing their thing on a palm leaf. We got to see many of those as well as other species of frogs about, including the big bullfrogs. 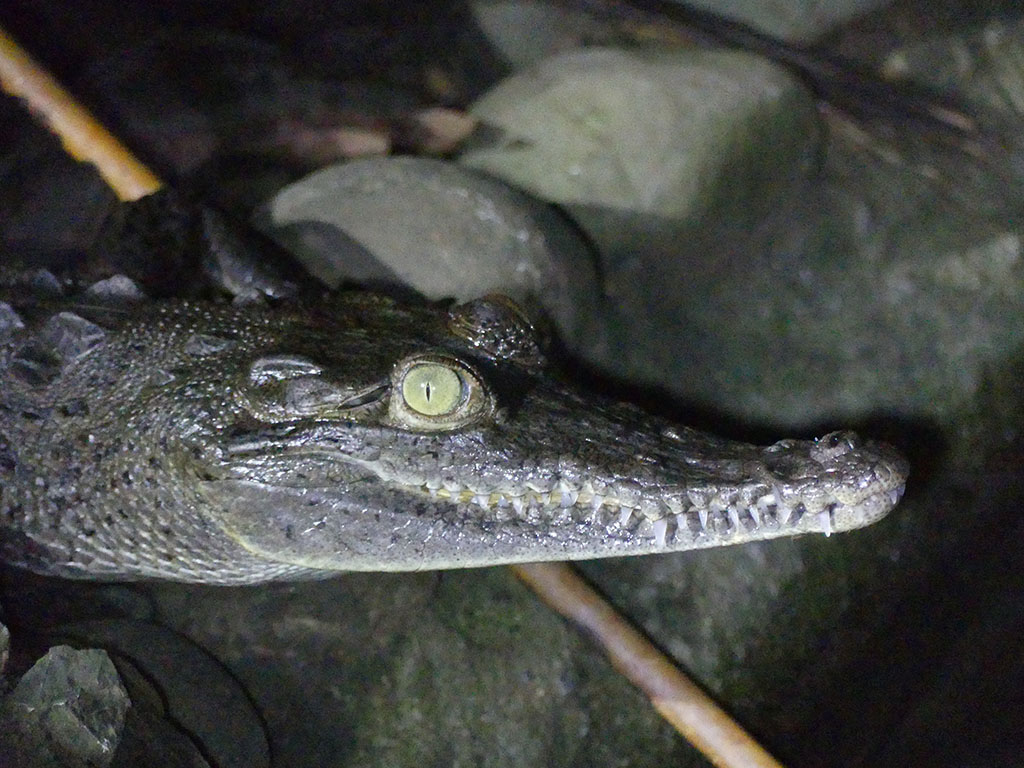 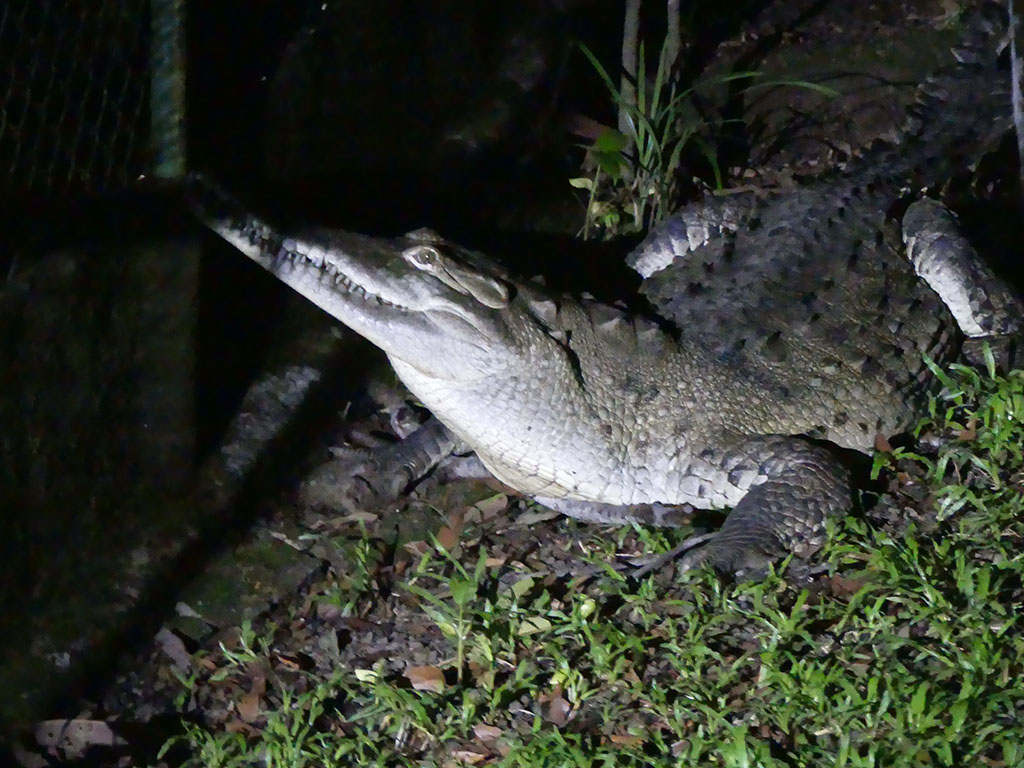 The park that we were in also served as a rescue centre for various creatures, most notable turtles and crocodiles. We walked on small bridges over the crocodile pit and the guide was excited as he believed that some crocodile eggs were getting ready to hatch. The mother crocodile was acting very territorial and he though that there may have even been some babies in its mouth. Alas we couldn’t quite see, but we too could see something was up.

We kept moving, coming across more frogs and the odd lizard. We didn’t really see any other mammals, however we got our fill of frogs so were very happy with our expedition. All done, we wandered down the road to the restaurant where the rest of the group was having dinner. We night time explorers settled in for a late dinner, enjoying some more local food before making our way back to the hotel to catch some rest.