Now, That IS A Grand Canyon

We said farewell to Monument Valley this morning and started on our way South West, leaving Utah for good and spending our time driving through Arizona. The landscape, while still new and different, was less interesting than in Utah.

That was OK though, as we had a fairly easy 2 hour drive to arrive at our destination… the Grand Canyon! 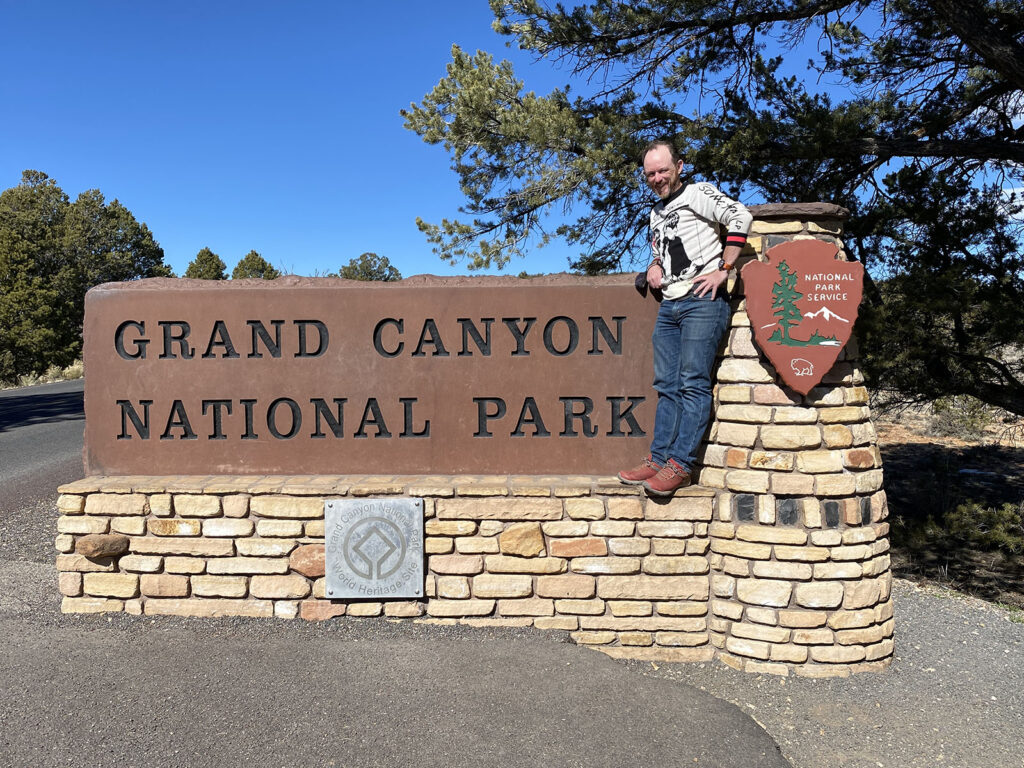 We can in from the East, which sent us along the South Rim, so after officially entering the park, our first glimpse of the canyon was not what most people see (who come up the main road from the south), rather it was at Desert View.

Now I had visited the Grand Canyon before, albeit 25 years ago! But this was Kate’s first visit. And indeed we both agreed… this was a pretty grand canyon. 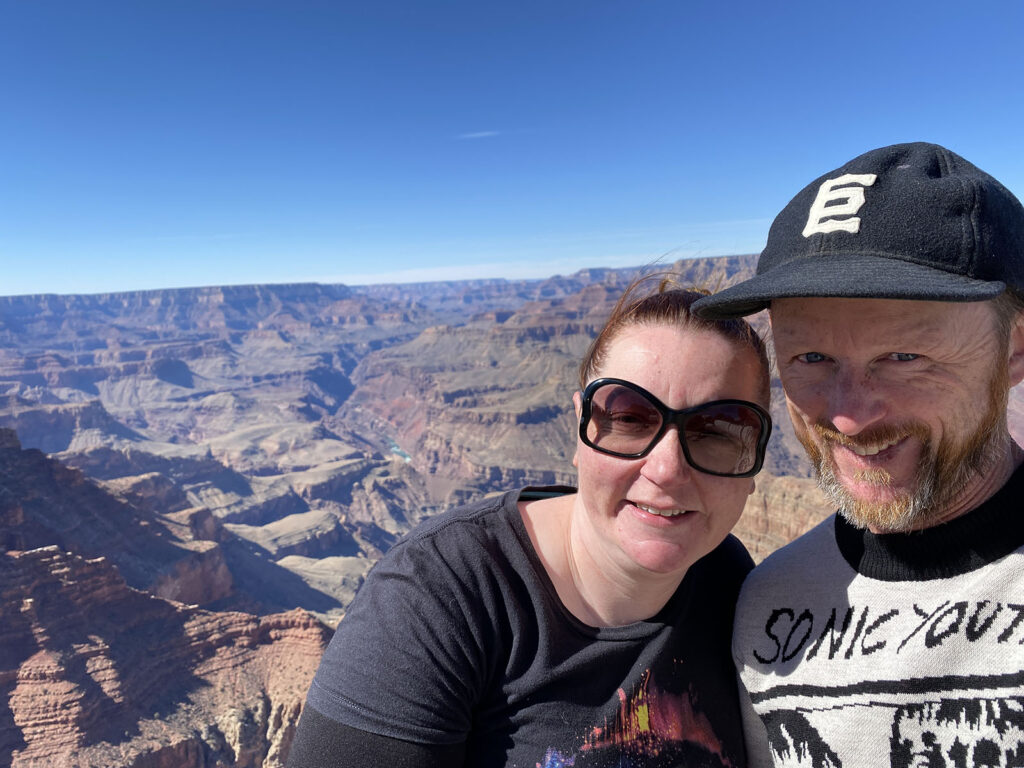 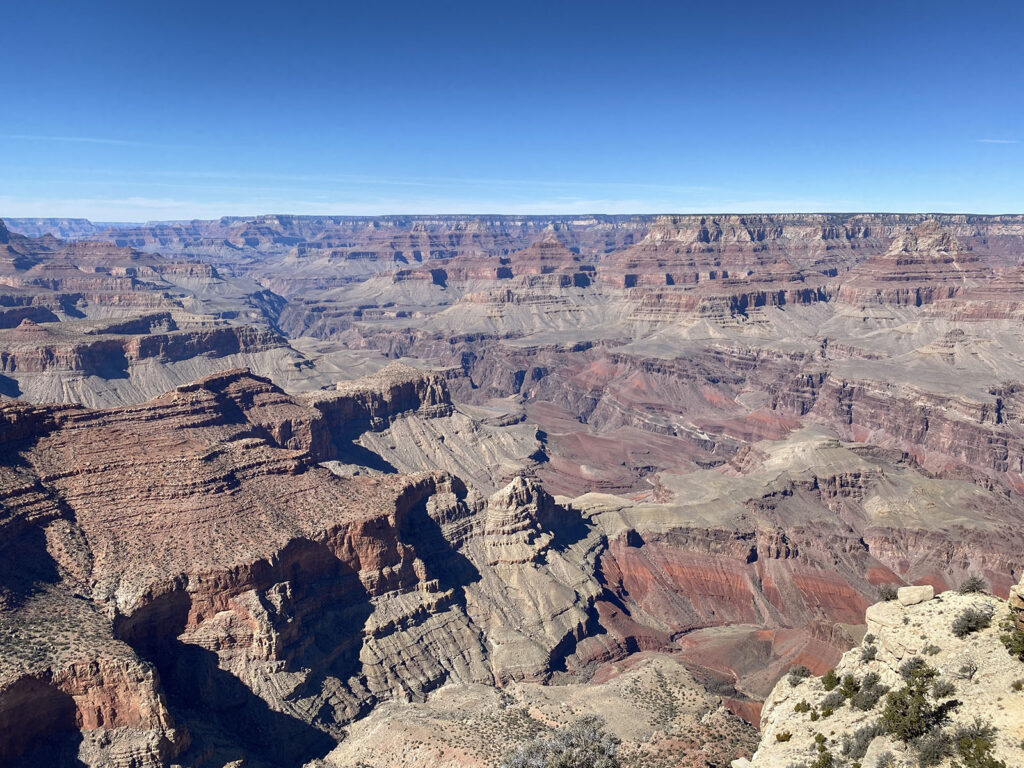 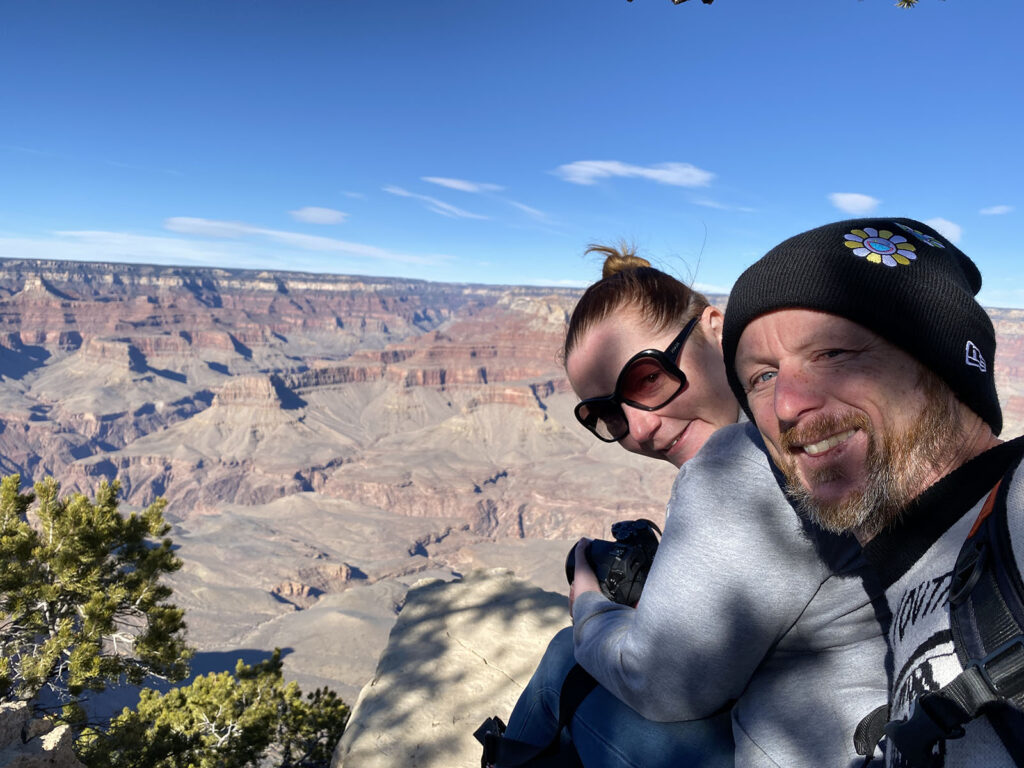 From there, we made our way along the south rim towards the main village area, stopping at each stop to get different views of the canyon and the Colorado River carving its way through. The view never gets old.

We parked at the main Village and wandered into the visitors centre. Unlike all the other parks, that were in off-season mode, the Grand Canyon was still in the midst of tourist season. I’m not sure it’s never in full tourist season.

What that meant was a few things. First of all, more people than we had seen in the past 2 weeks which was a bit of a shock. Secondly, I am not sure if it is a reflection of the state of Arizona, the changing circumstances, or what, but it seemed the “mask mandate in public areas of national parks” was not really being followed by 90% of people. Hhhmmm. Third, we were resigned to parking the car and using the park shuttle service. While in every other park the shuttles were parked for the winter, it seemed the amount of visitors here meant they were still going. 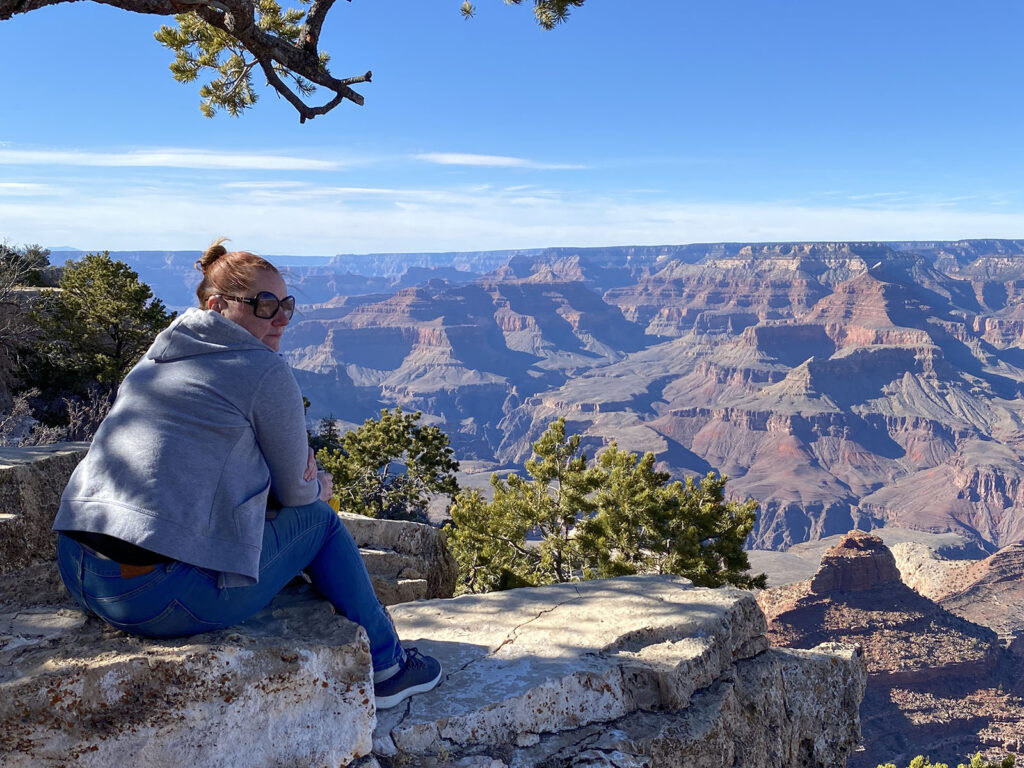 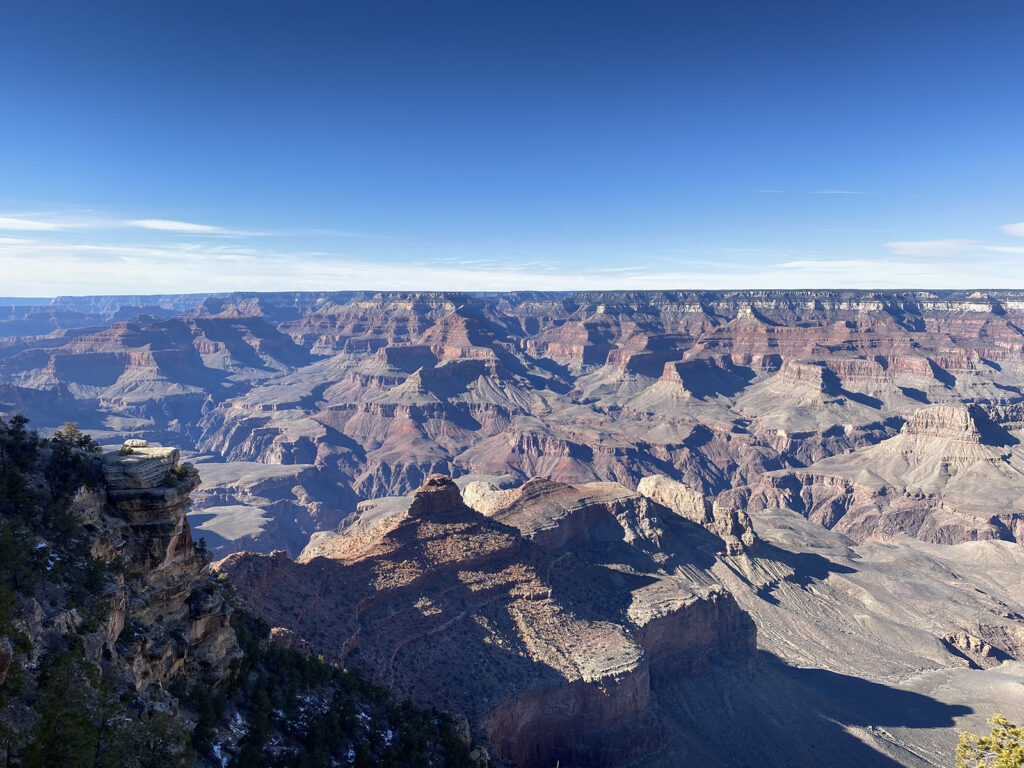 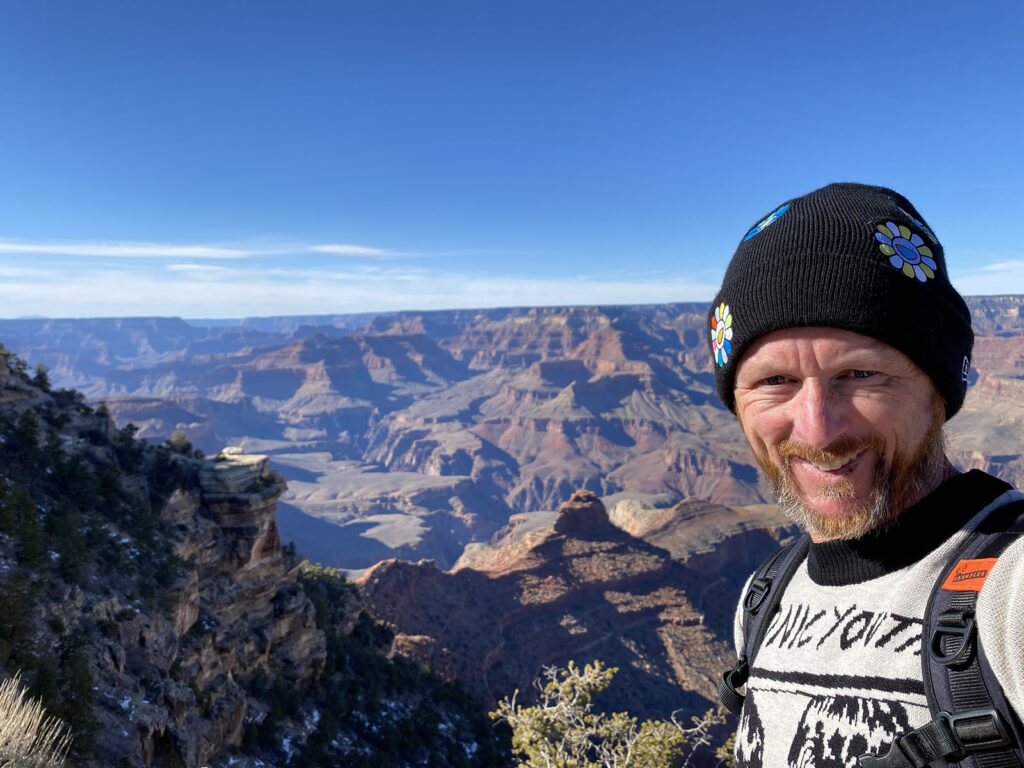 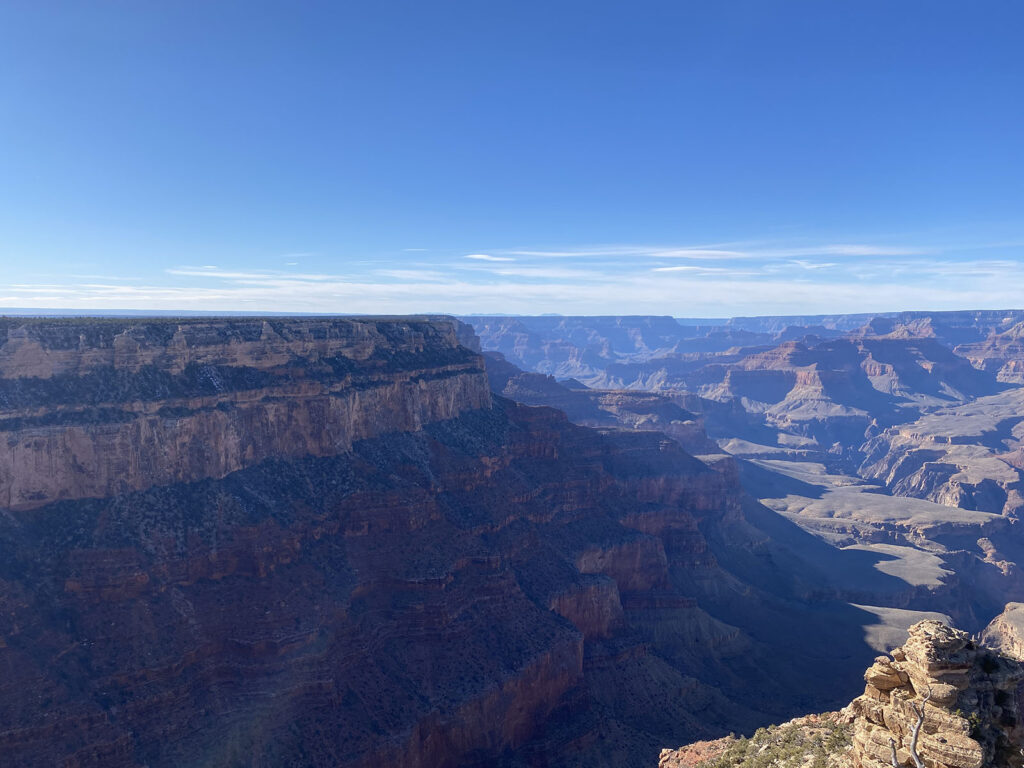 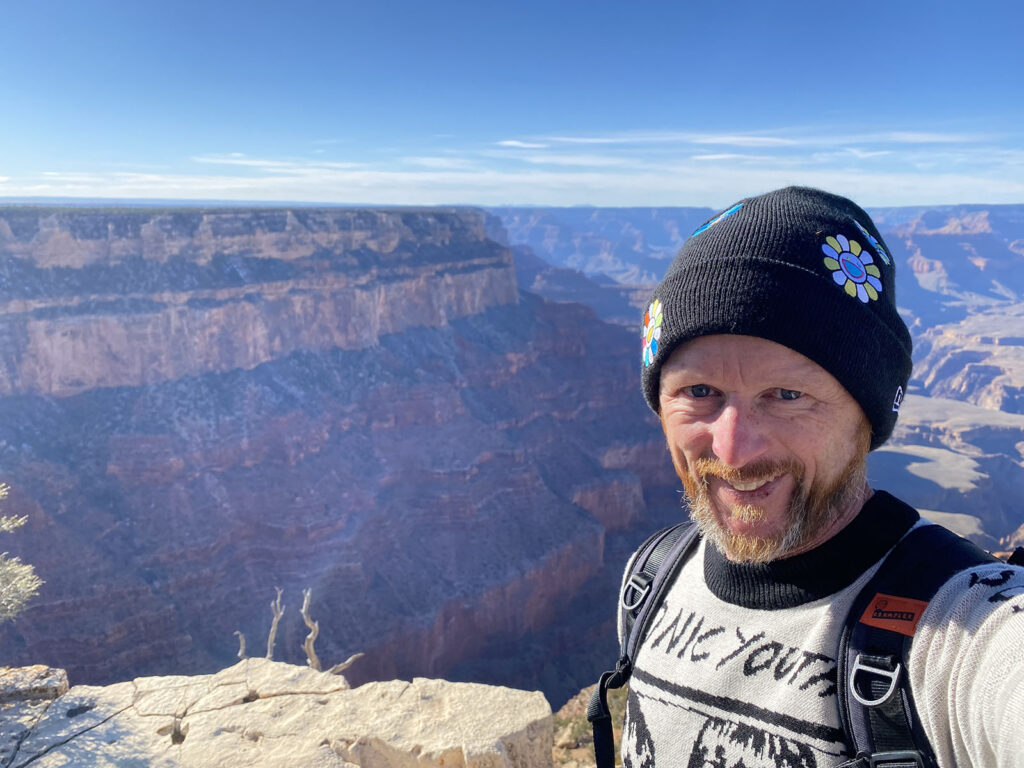 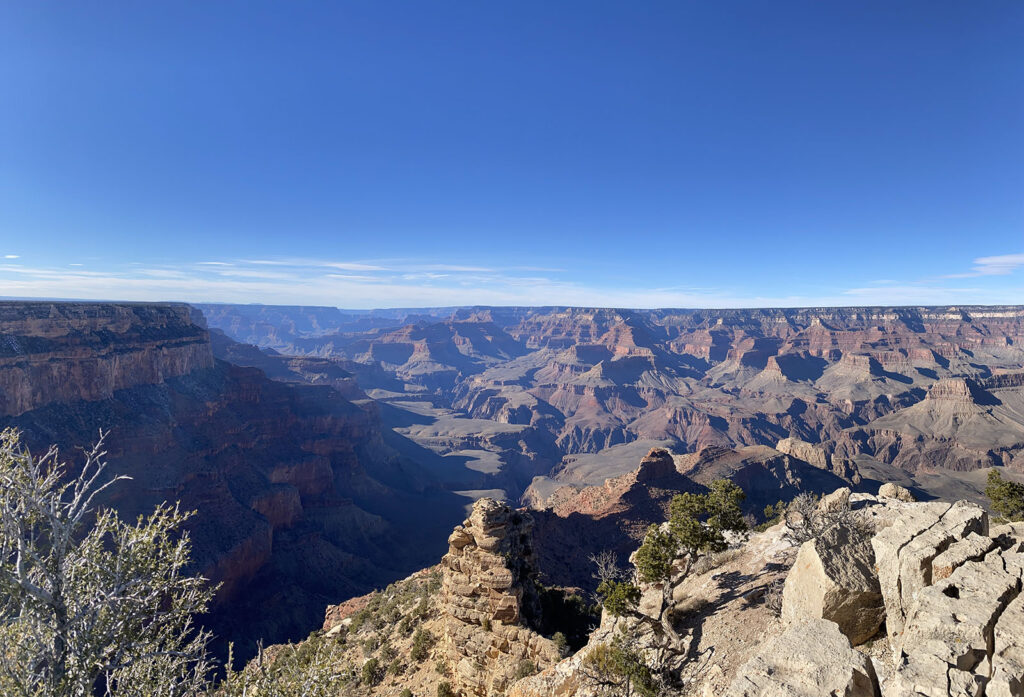 That was OK, we waited for the next and made the way to out next lookout, Yaki Point. What was good about Yaki is that it is a bit removed from the other lookout so there was not too many people. Because of that we took the time to sit and relax and soak up the views.

We took the bus back a little way and then walked the rest, along the rim. Our accomodation was in the park at one of the lodges, so we grabbed the car and checked in to our room. But it was about 5:30pm, so we headed back out to check out sunset and another of the view points. 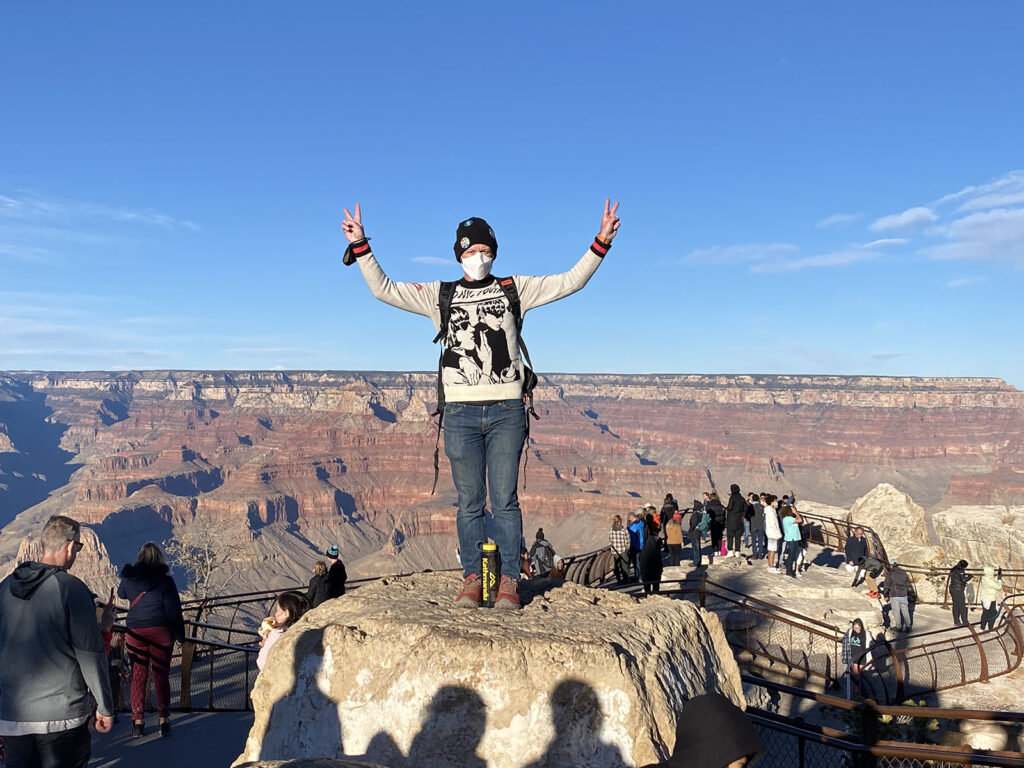 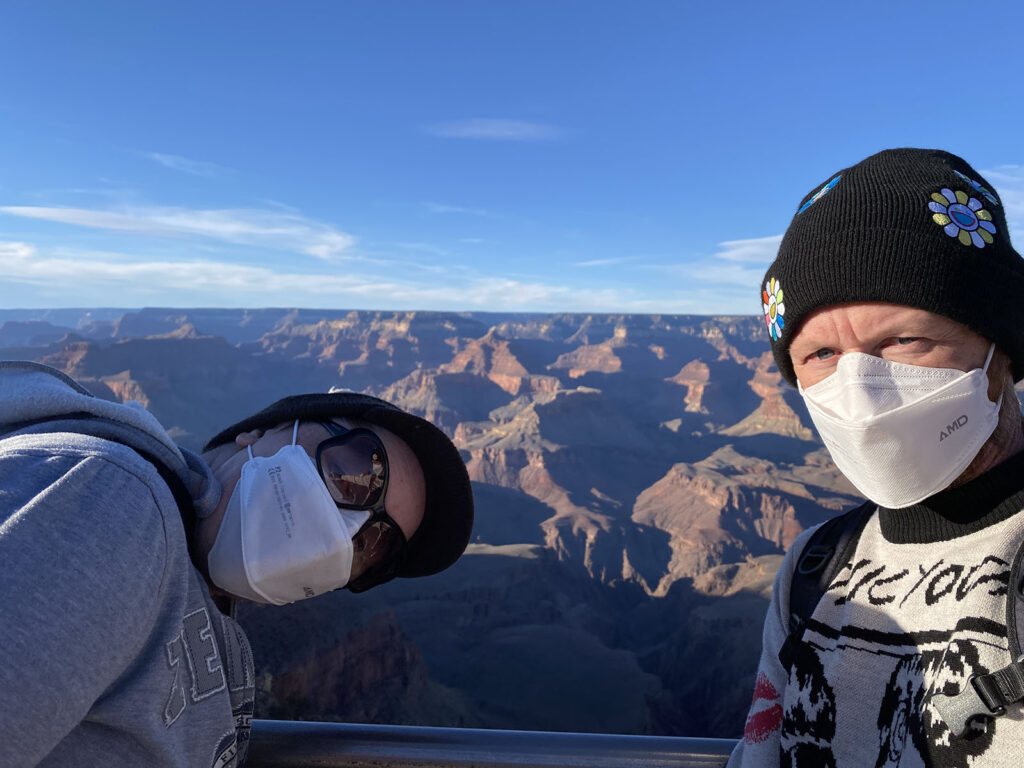 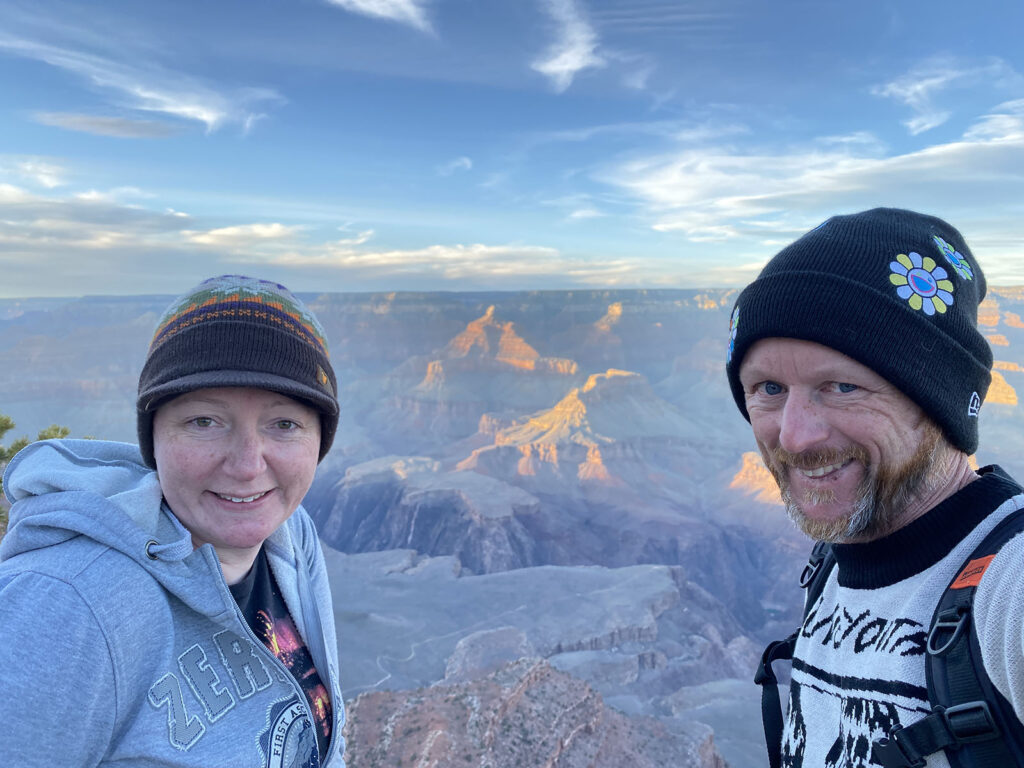 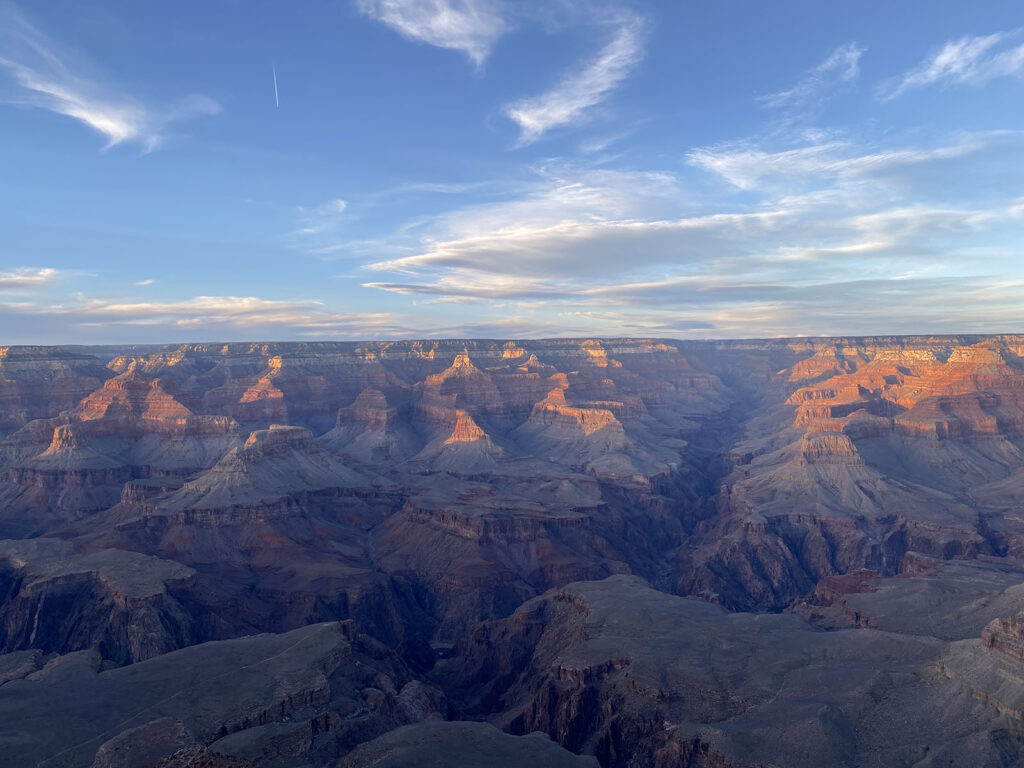 It was gorgeous. Not too busy either which was nice. The sun dropped below the horizon, as did the temperature, so we headed back to the room to relax for the night.

Read More Now, That IS A Grand Canyon