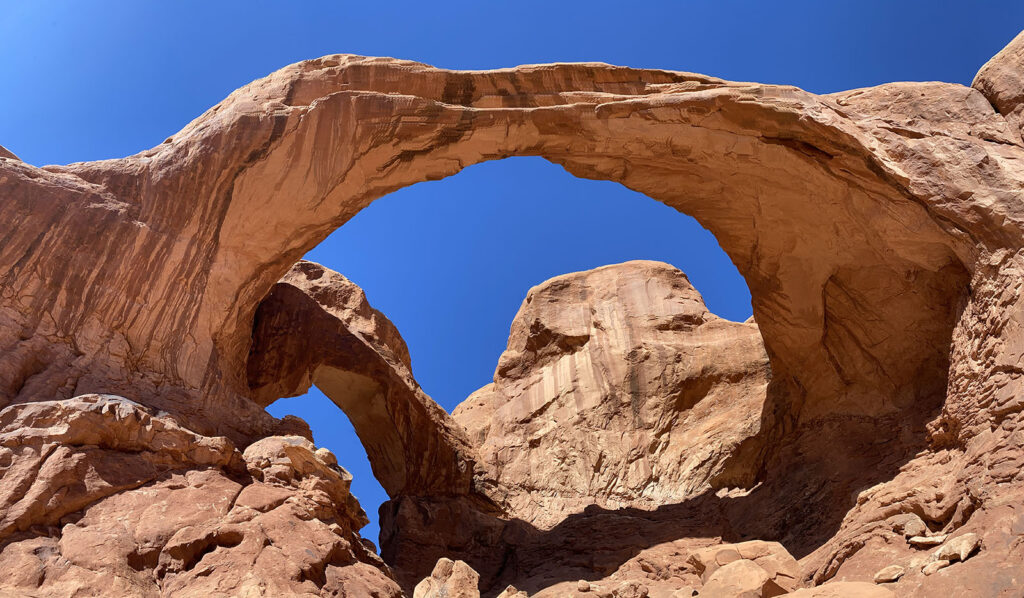 Today was exciting as we were visiting Arches National Park, high up on the list of both Kate and I. It is also one of the most popular parks in the country, so much so that from April you need to pre-book your visit. Crazy!

Thankfully for us, Winter = Low Season, so we were 2 of only probably a few hundred that decided to visit. 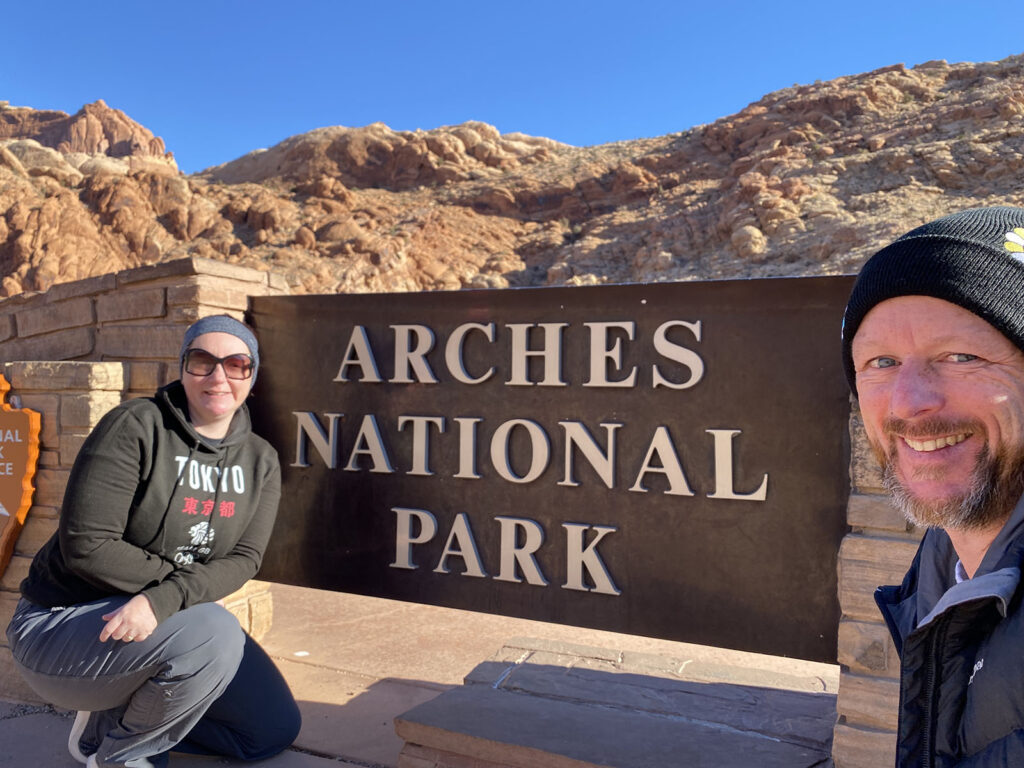 Arches is just 5 minutes from Moab, so in no time at all we were in the park. We were excited about the park for a couple of reasons. First of all, the images we had seen of the titular Arches looked amazing. And we knew we could explore the arches and their surrounds. But also secondly, Arches is the filming location for the awesome opening of Indiana Jones and the Last Crusade, where young Indy gets the taste for adventure.

Many of the Indy sites were on the way into the park proper. Below are a bunch of classic shots from the opening… the credits as well some of young Indy’s adventure. A good site for reference is this one where you will see the shots as they are in the film. Then you can check out our shots below 😉 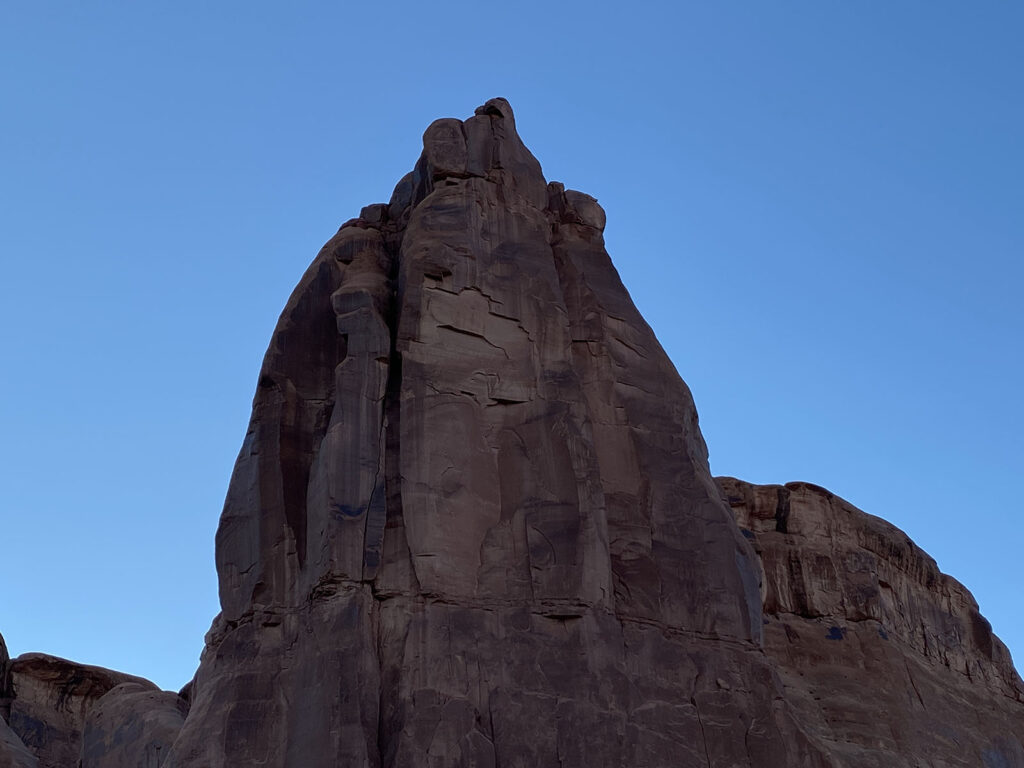 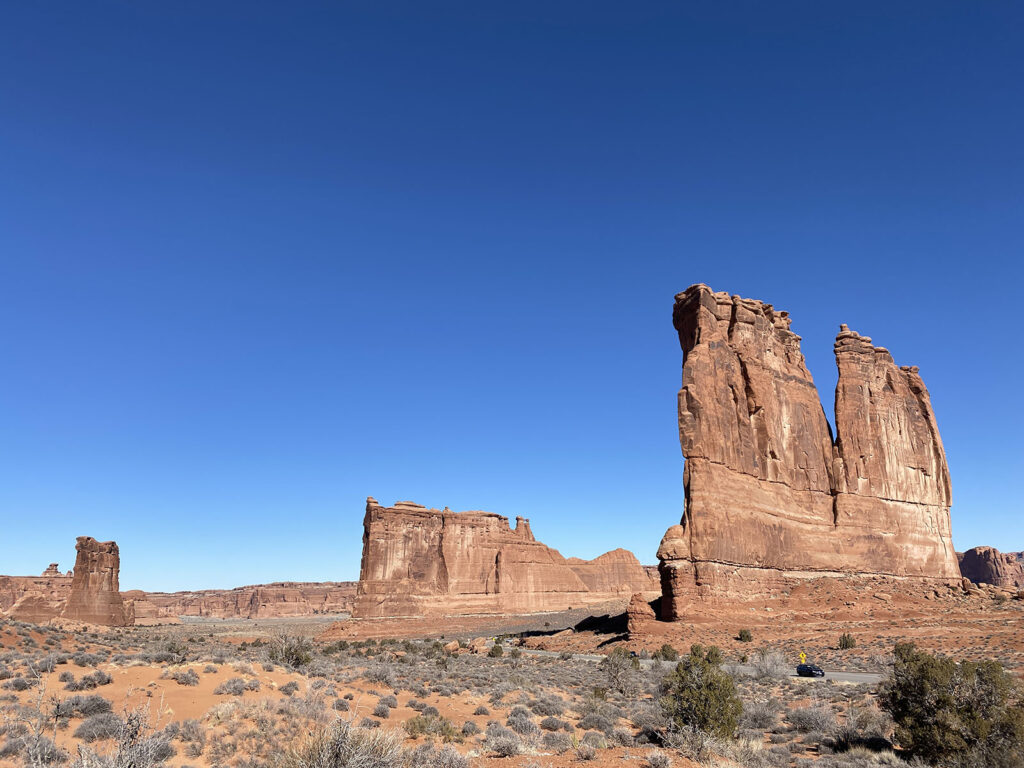 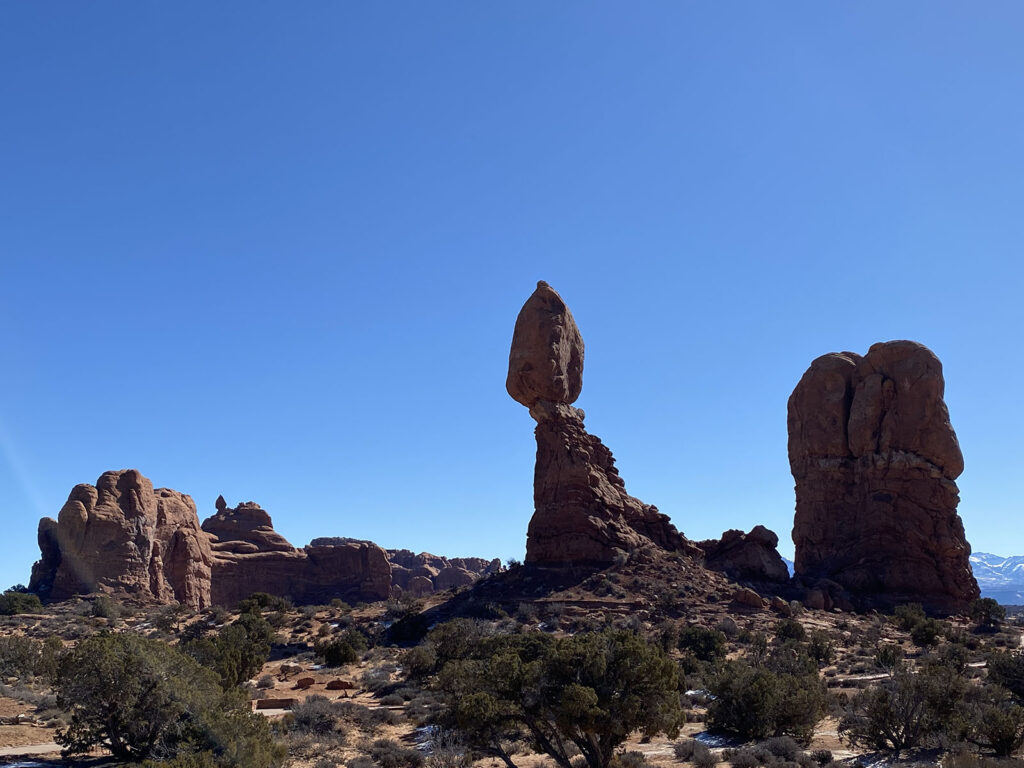 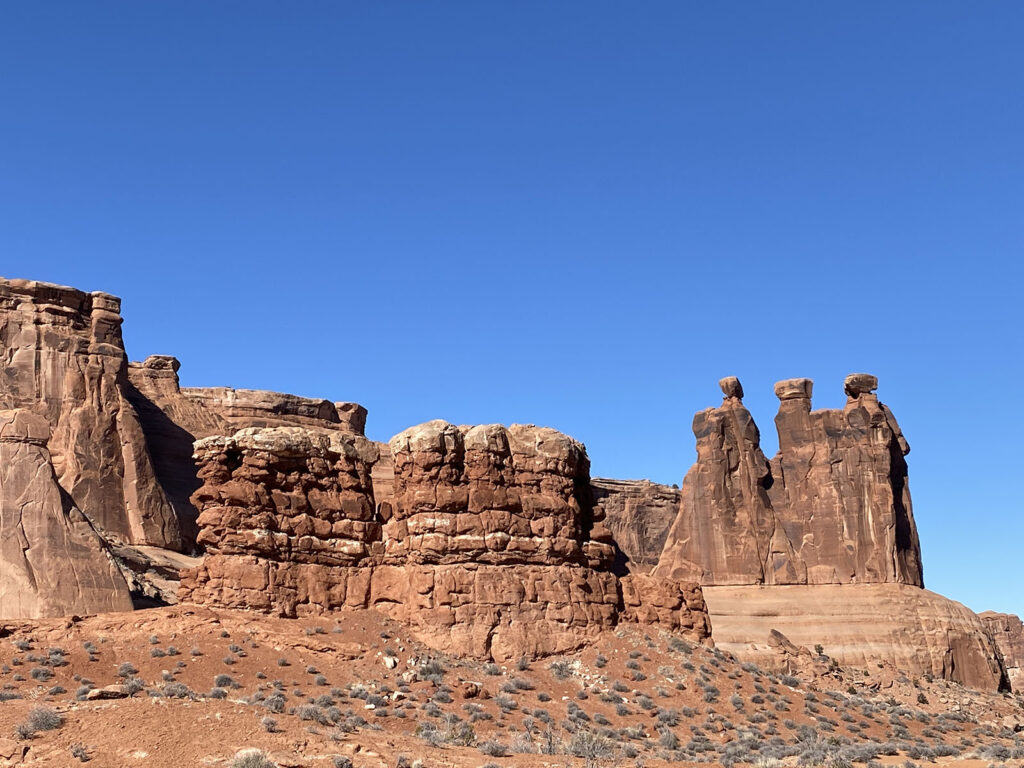 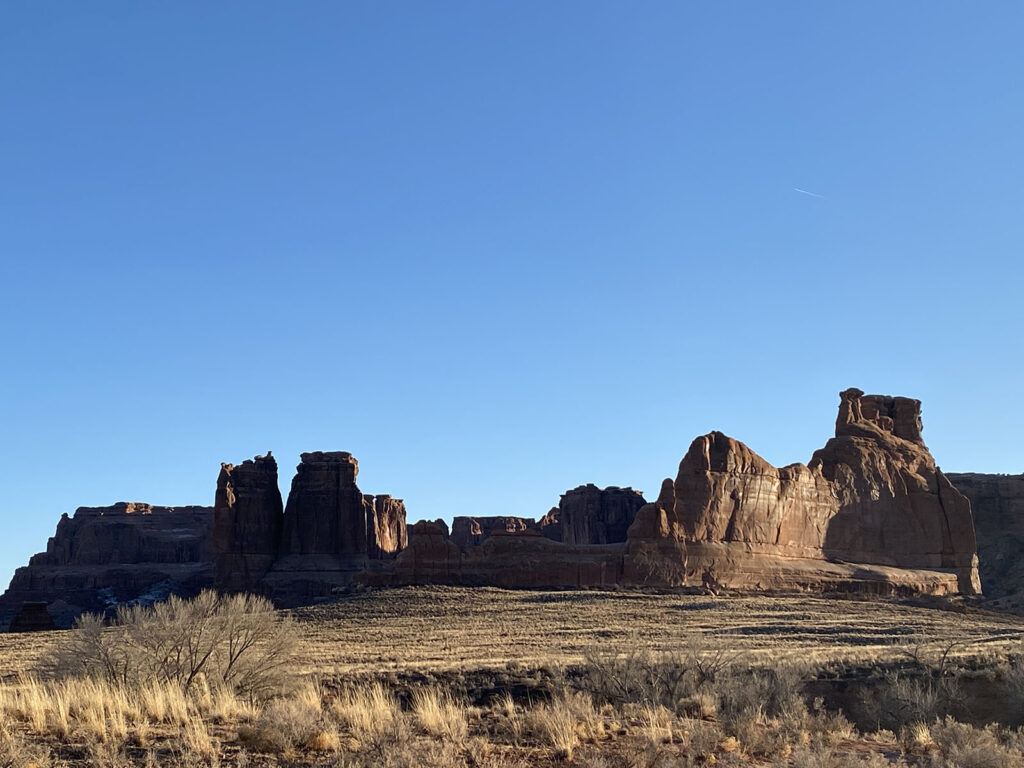 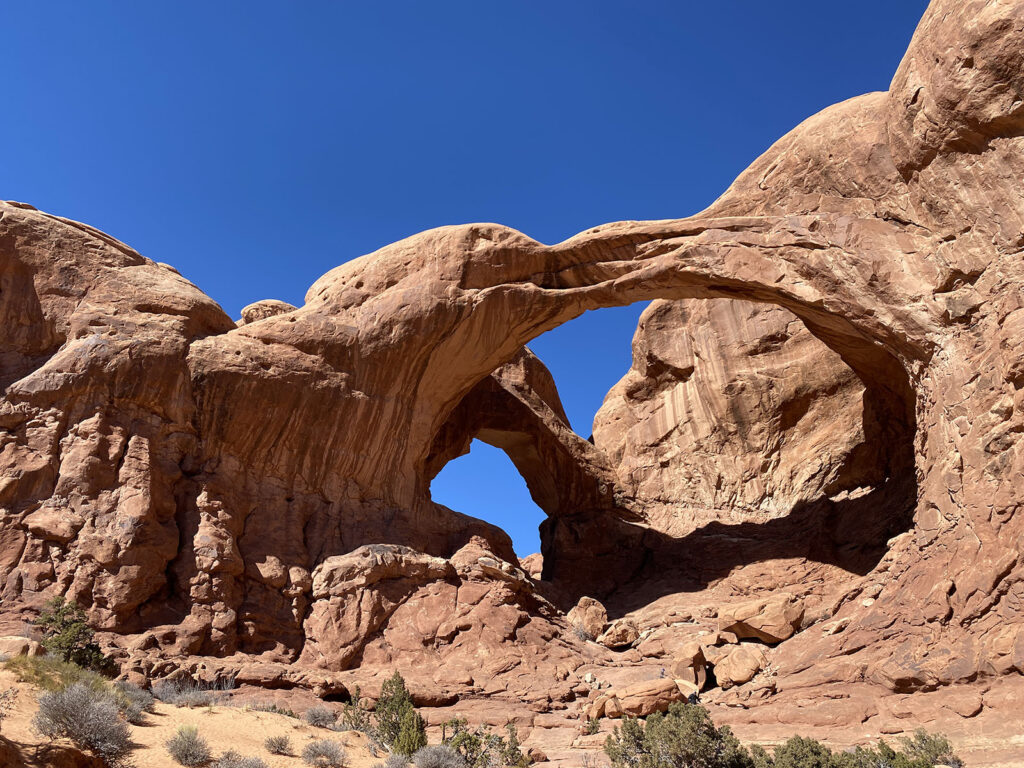 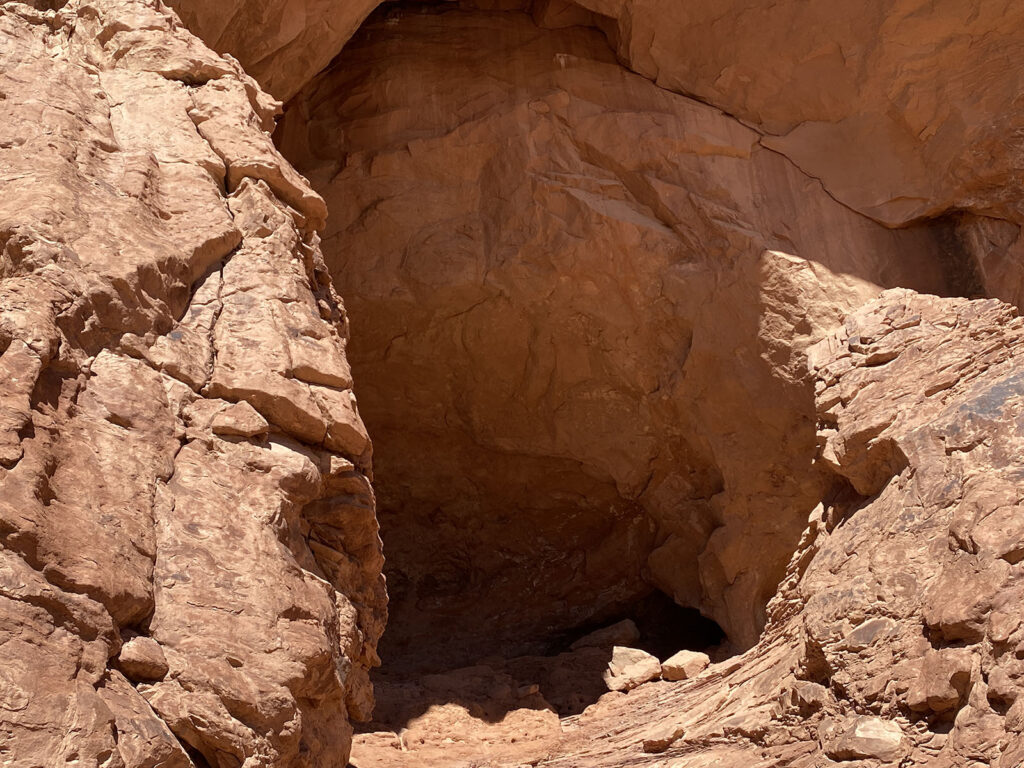 These shots were of well known formations in the early part of the park, including “The Organ”, “The Three Gossips” and “The Balanced Rock”. 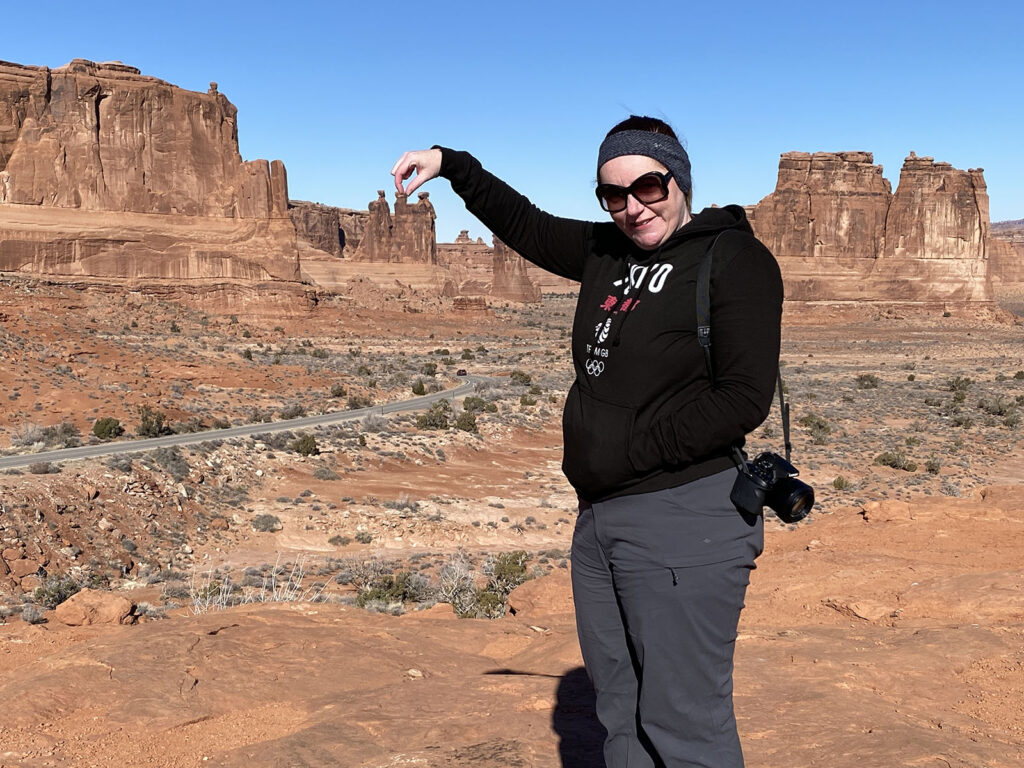 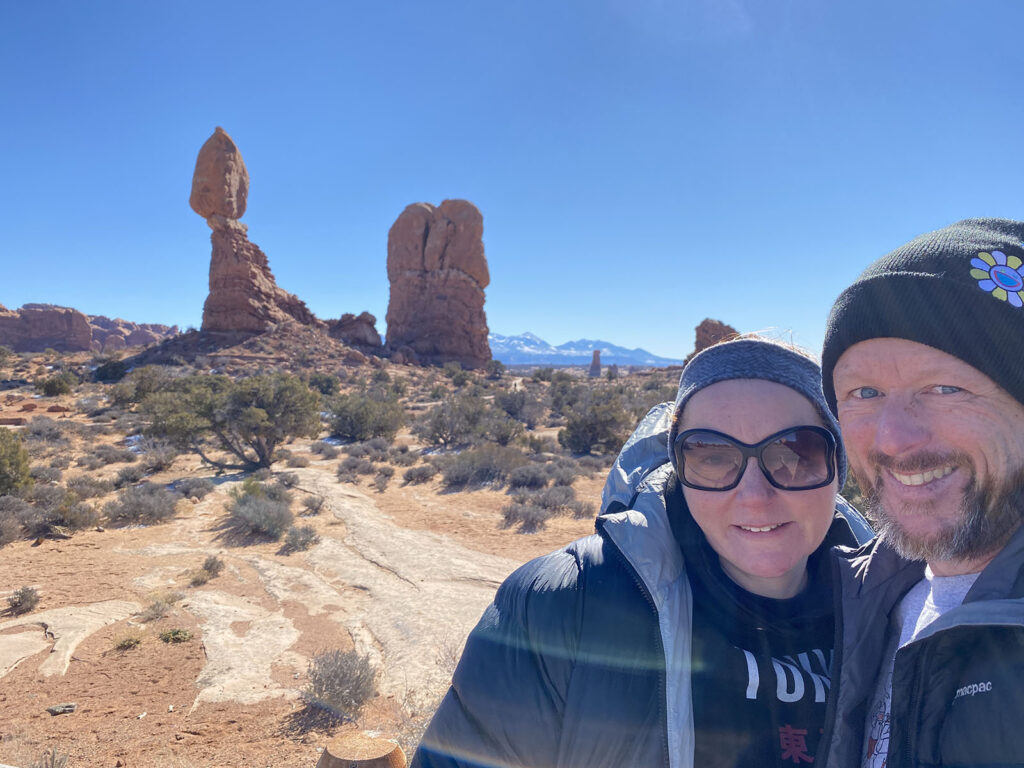 From there, we started to come to the famous Arches. In fact the rest of the day was spent visiting the arches… sometimes from lookouts, and sometimes from short hikes to them.

What I LOVE about this park is that it almost has a playful quality, as while it asks you to stay on the trails, the trails are plentiful and you can get up close with almost all arches, and even make your way through them! So very often a short 15-30 minute hike could get you right under the arch itself. 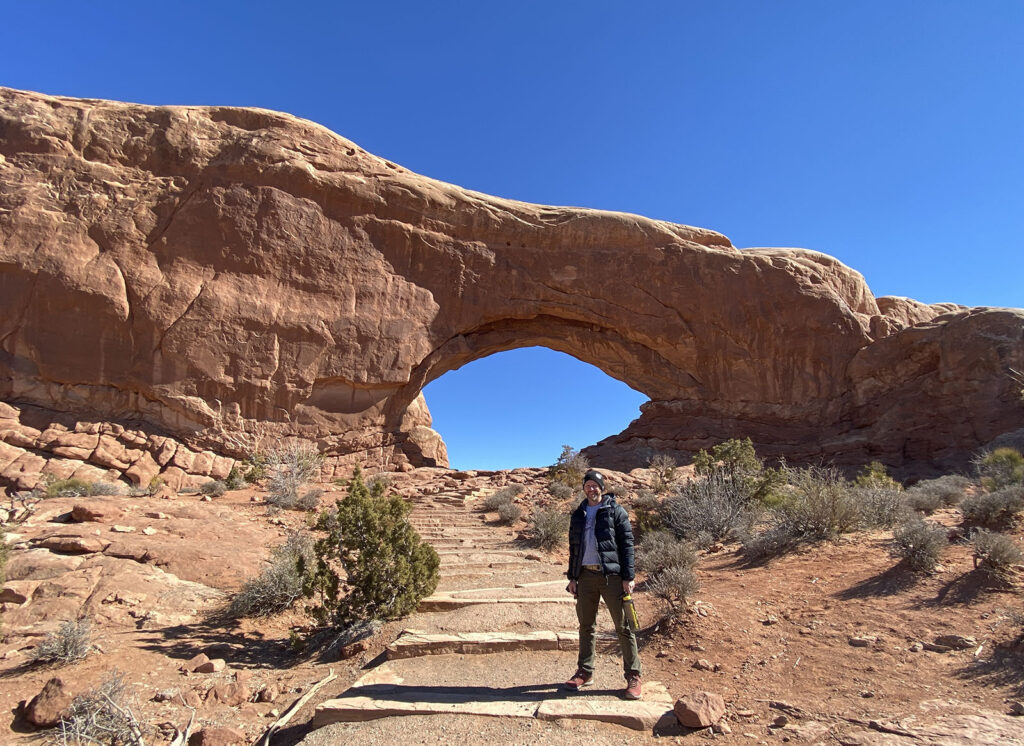 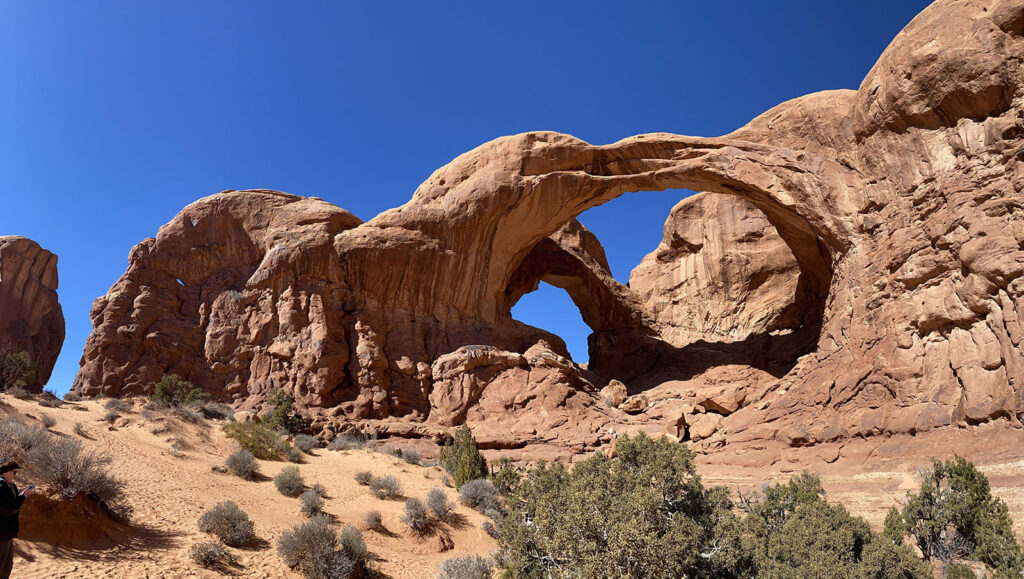 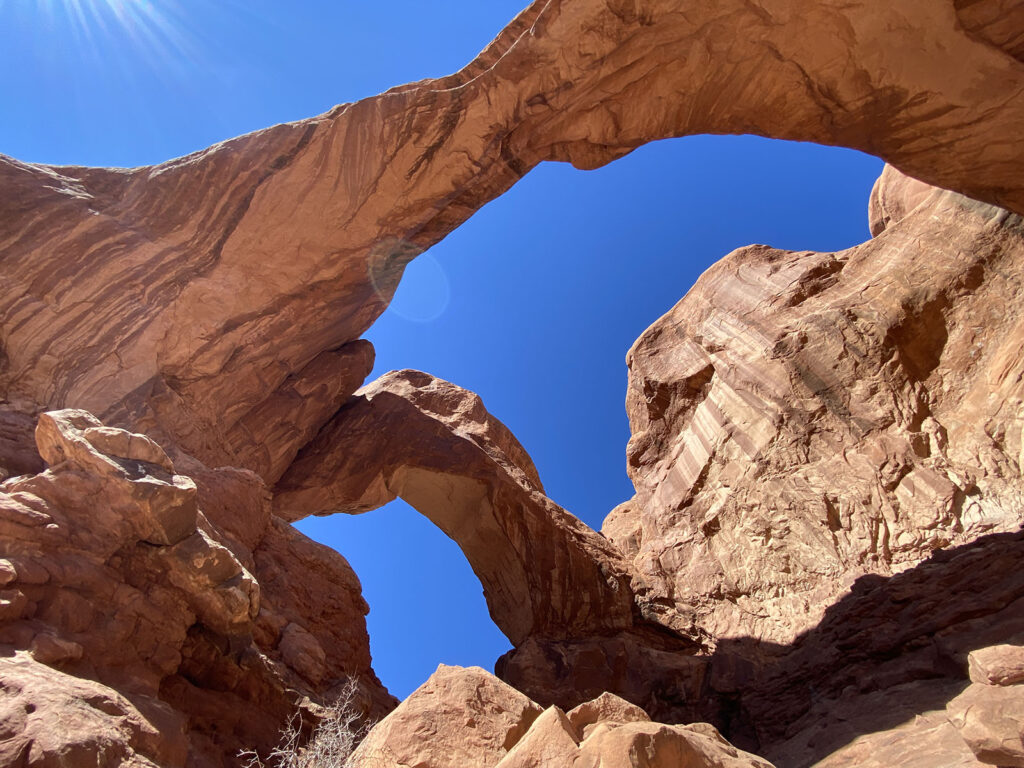 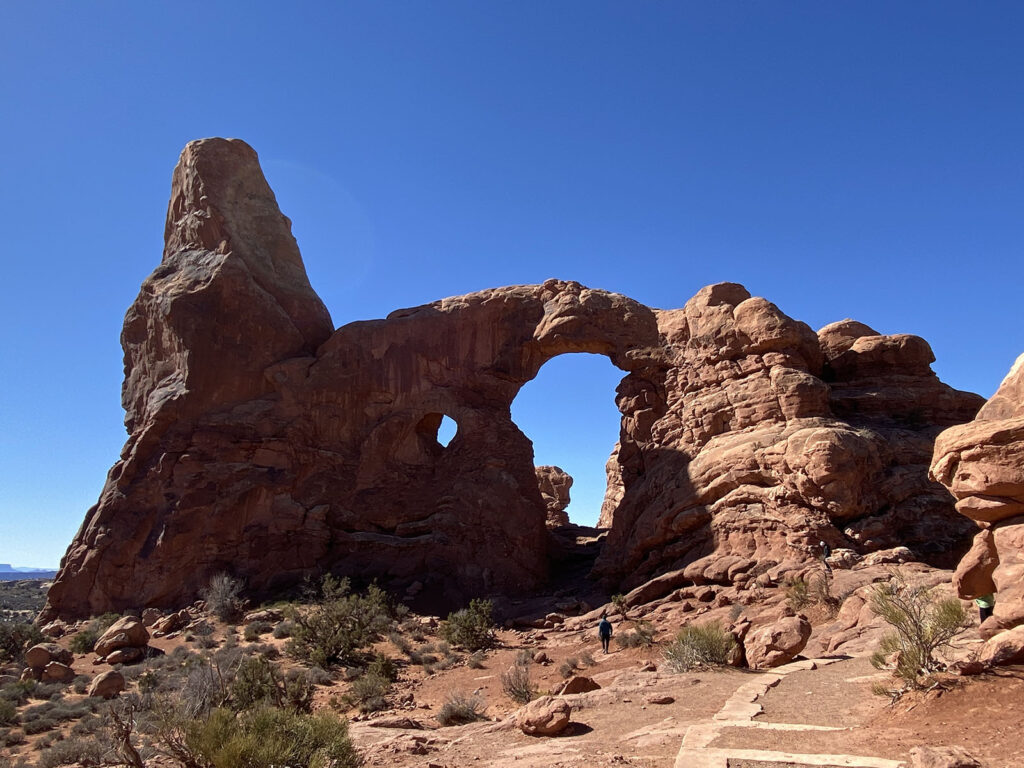 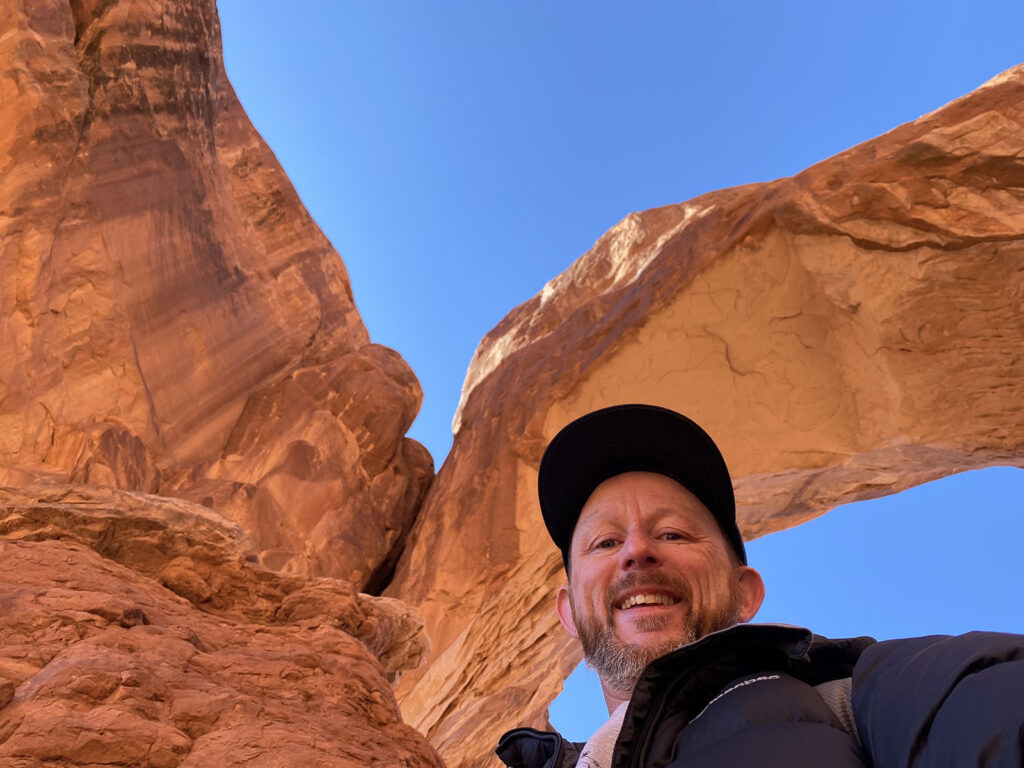 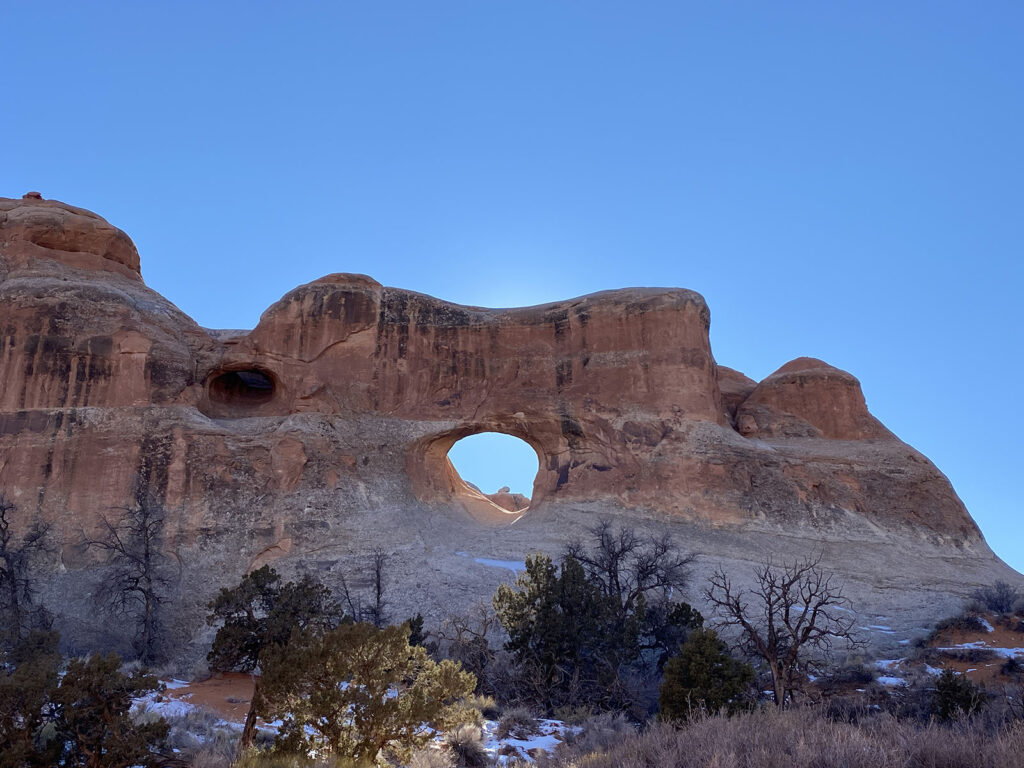 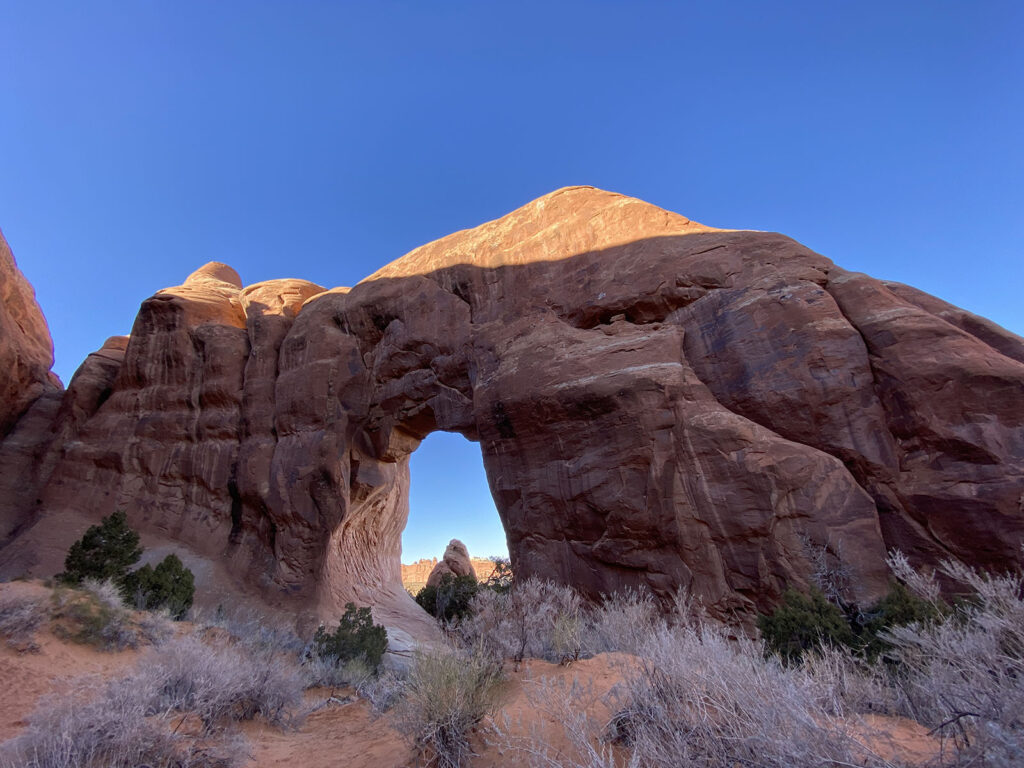 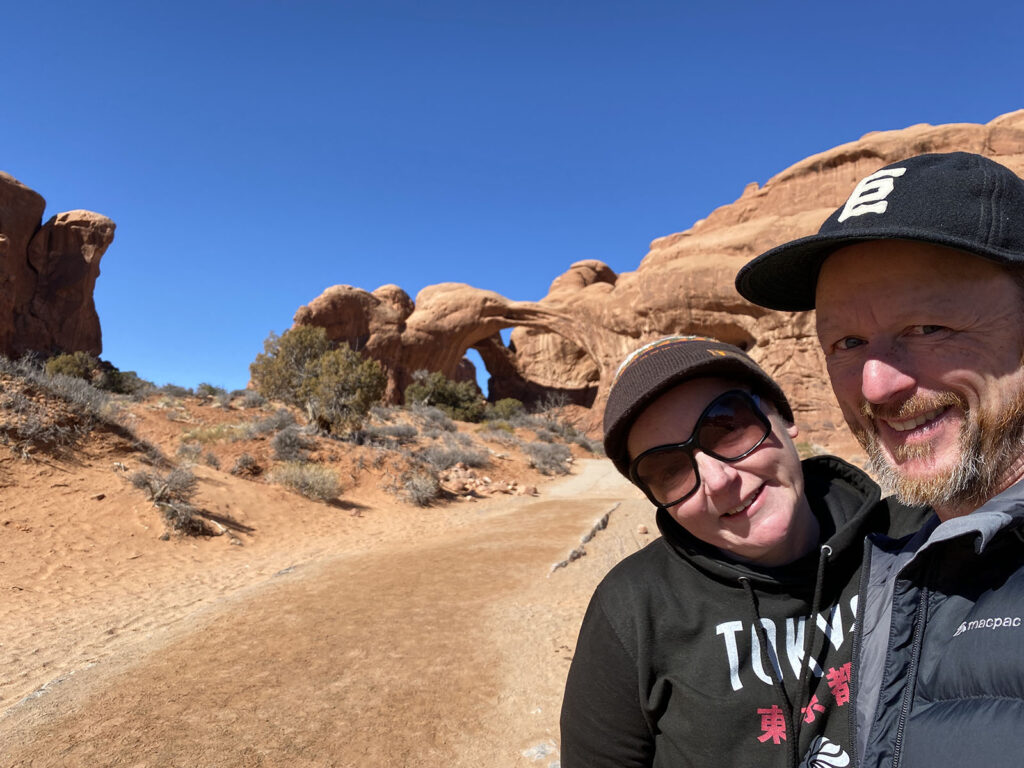 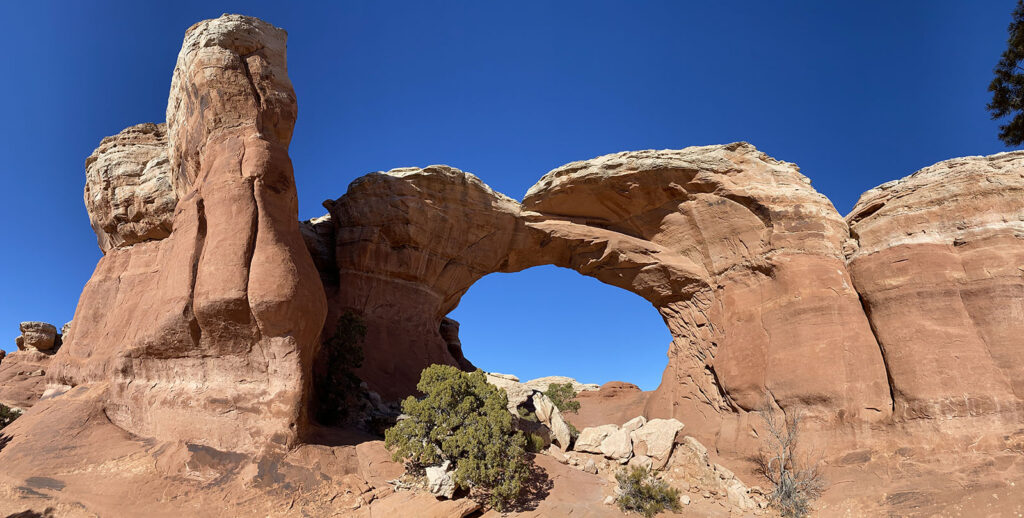 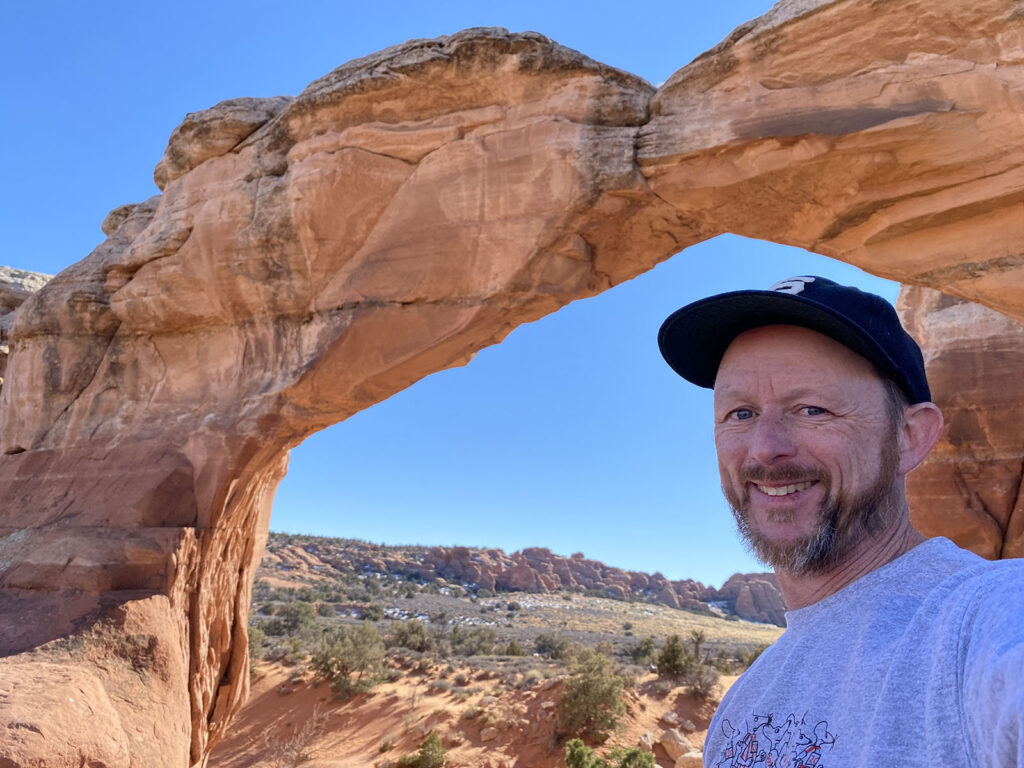 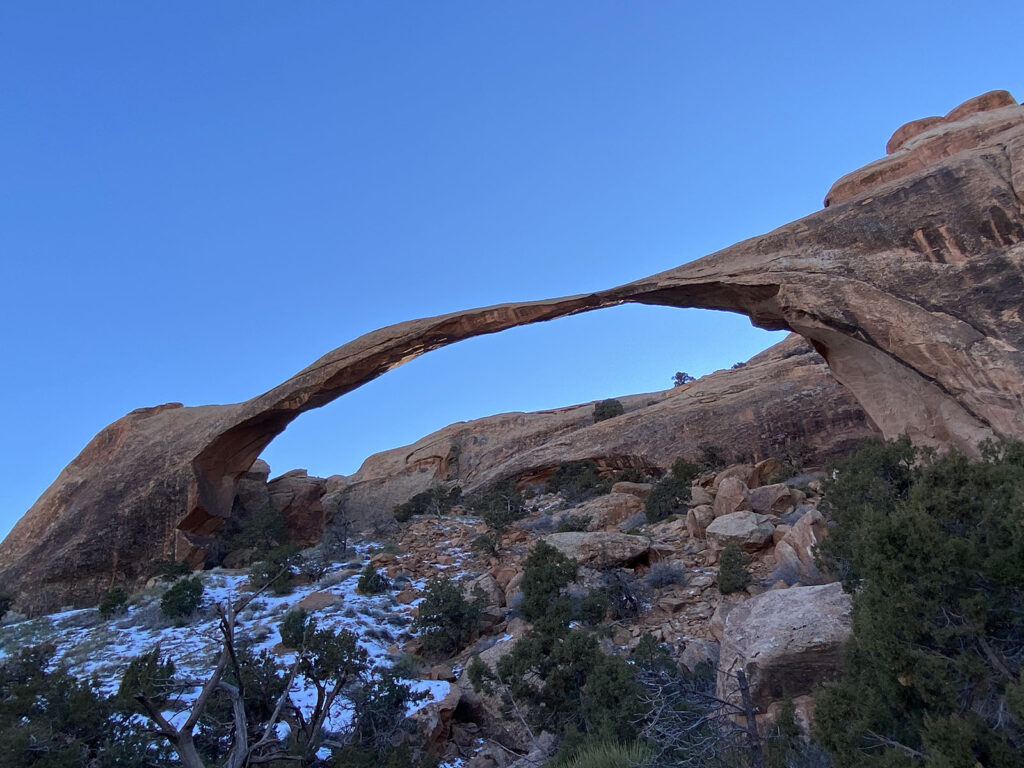 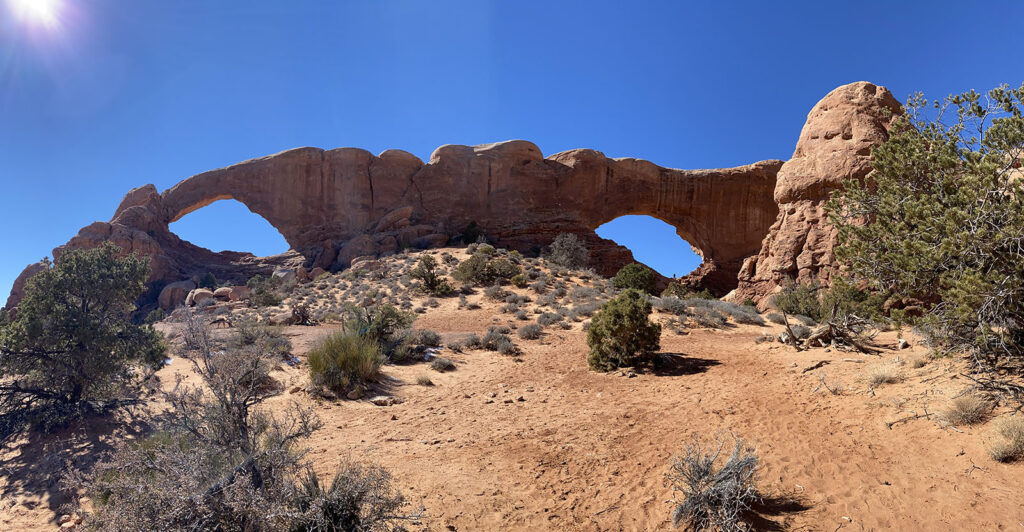 So here are a bunch of photos of the arches and exploring them. I won’t bore you with all the blow-by-blow of arches, rather just enjoy the scenery 🙂 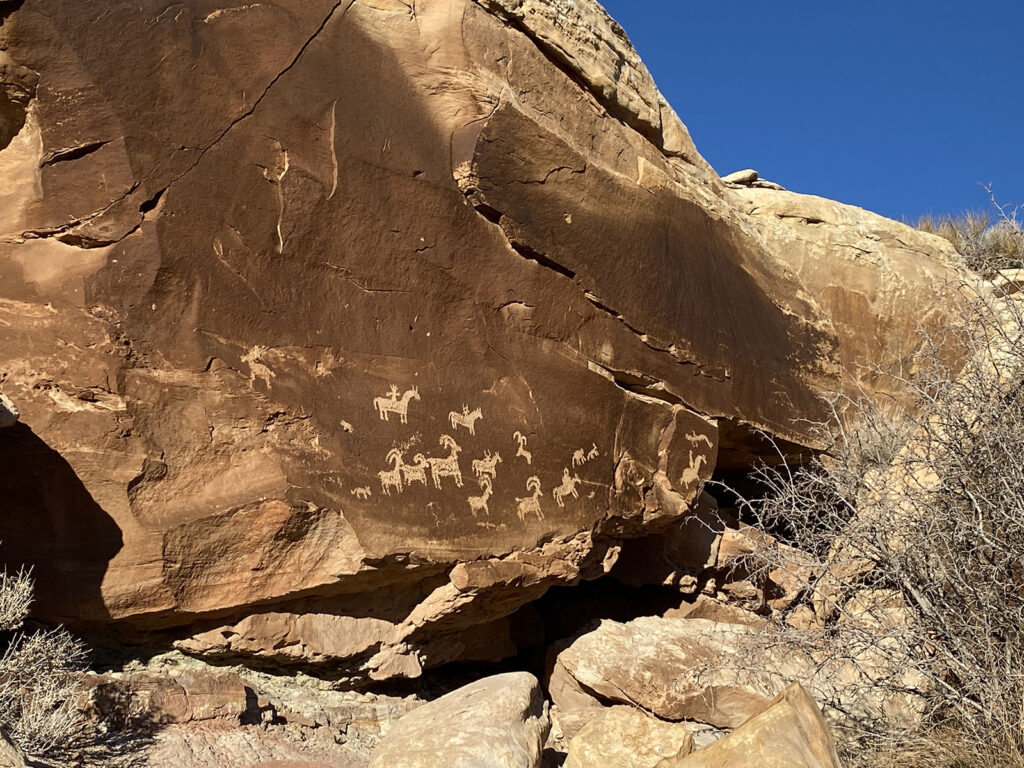 As a bit of a bonus, we visited a small collection of petroglyphs!

In the blink of an eye we had spent about 8 hours, and the sun was close to setting. As it had been a long day we decided to drive back into town and have an early dinner. I was intrigued by the old school looking Moab Diner to see if we could get a bit of a proper diner experience. While it probably had a little more sheen on it than some country diners, it was pretty good. Fast food, pretty delicious, attentive server, and drink refills. 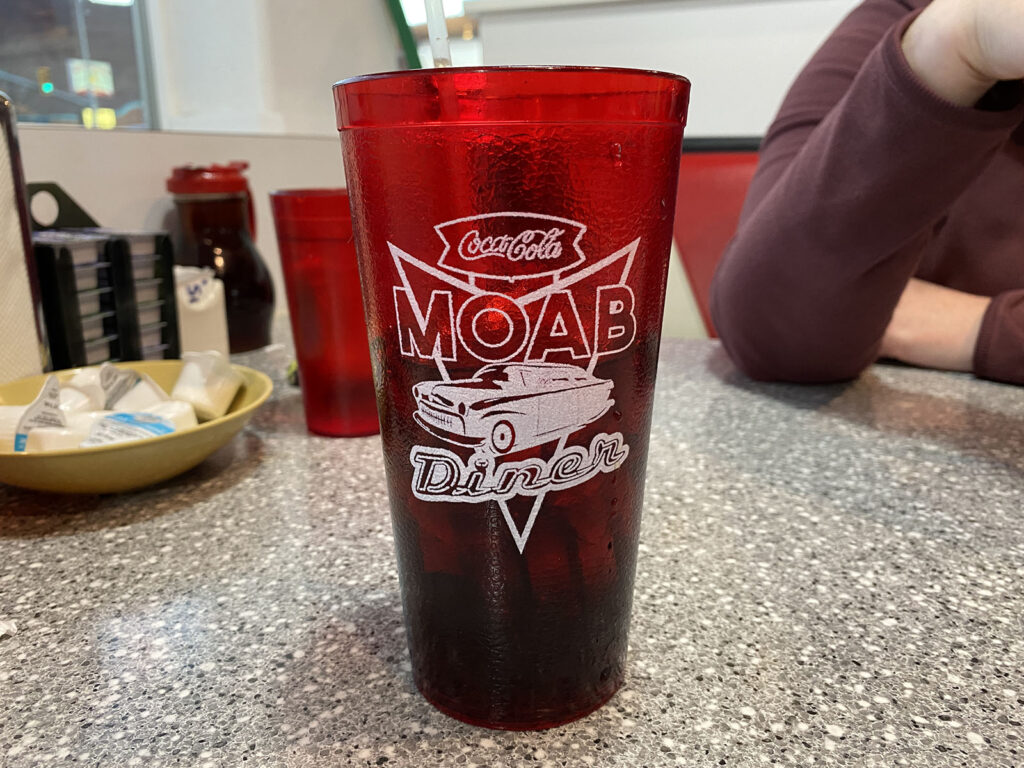 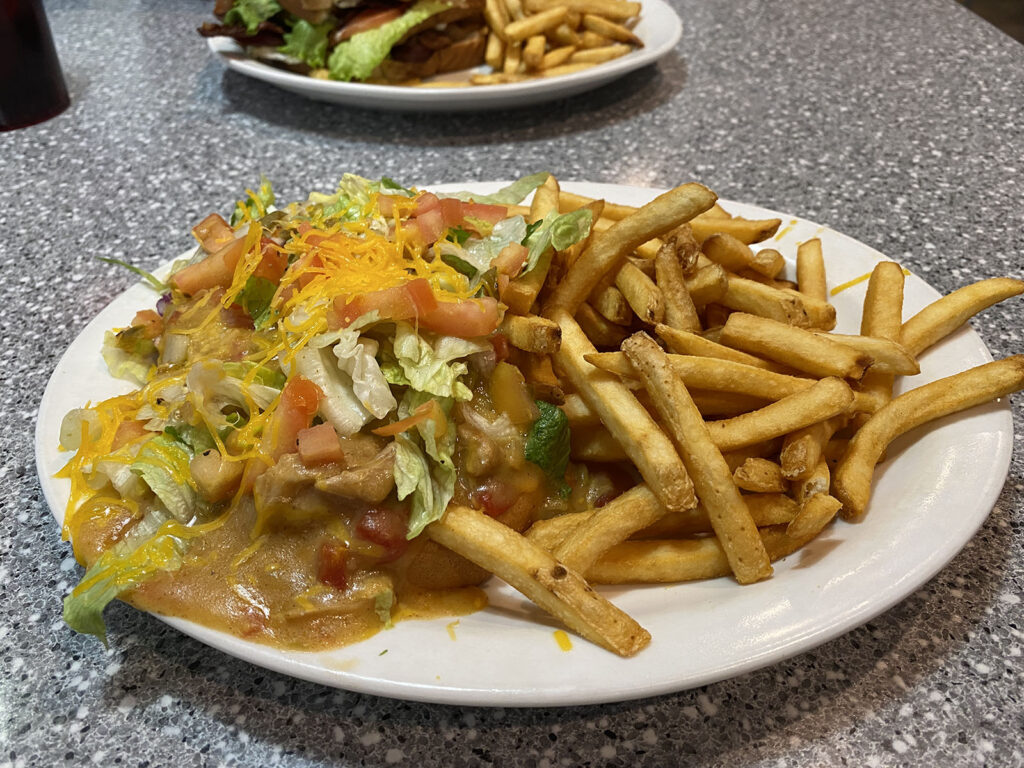 I decided to give their “signature” green chili open burger a crack. The chili was not super hot but nice and tasty. So while technically this can be included in my burger challenge, it is a bit unfair to compare it as it was more a platform to enjoy the local chili. Mmmm.

Back to a big driving day tomorrow. Off to Monument Valley via Mesa Verde!